A Word In Edgewise: Back To The Old, Old Days 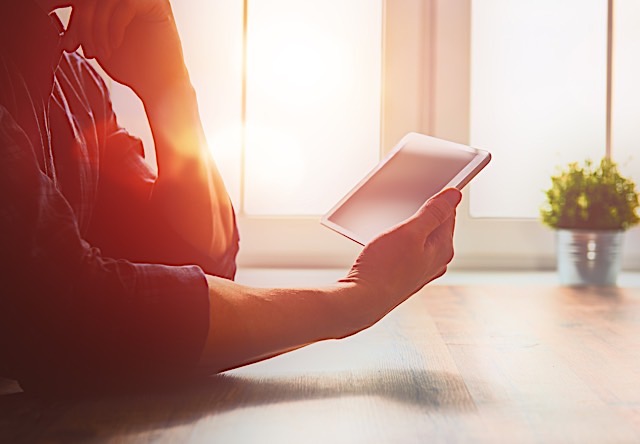 A couple of weeks ago, my iPad died. I charged, prodded, did everything the Google gurus suggested, but it sat; a cold, dead brick.

After one of the local Apple shamans applied various IV lines and devices, mirable dictu, it hove into life! I asked what had been wrong, and was told, “I have no idea. If I could tell you, ’Do this,’ or ‘Don’t do that, I would. Sometimes it just happens.” “So,” I said, “it could last till tomorrow or go another two years?” “Yep.” The answer, was, a week.

The experience made me think how many things we have in common with others down through the ages. It’s not that humans haven’t made many glorious strides, or that I would in any way want to forego my pleasures of heat, light, refrigeration, and lightning communication worldwide, but…

In an age where there are marvelous medical advances, they are still beyond the reach of a shameful number of citizens. Of those that are available, many potential recipients are persuaded by their own “feelings,” or internet advice, or by false claims by media names that certain medications are harmful rather than life-saving. Modern propaganda so easily disseminated through the world-wide-web.

Cargo cults have always fascinated me. Wikipedia informs: “A cargo cult is an “indigenist millenarian” belief system, in which adherents perform rituals  which they believe will cause a more technologically advanced society to deliver goods.”

That places the phenomenon at a pleasingly safe distance and pleasingly quaint peoples, but what has our own society become if not a land of watchers on our porch shores, hoping that high technology is actually going to deliver our desired goods and that outlying neighbor thieves won’t get them first? (Origins and practices of the cults are more complex, and more like today’s political power-wrestling than “indigenist millenarian” would indicate.)

Humans have always navigated by feelings. Sometime around 500 BC, Pythagoras first proposed a spherical Earth, not because of empirical evidence, but because, like many Greeks, he considered the sphere the most perfect shape. Aristotle pointed out the round shadows earth casts on the moon, that ships disappear over the horizon hull-first, but they had no knowledge of the size of our planet. Enter Eratosthenes, around 240 BC. He’d heard about a well in Syene (Aswan,Egypt) where at noon on the summer solstice the bottom of the well was completely illuminated.

Eratosthnes then measured the shadow of an upright stick in Alexandria–7.2 degrees. He hired betamists, surveyors trained to walk in equal strides to mark the distance between the two cities, about 5,000 stadia, then calculating Earth’s circumference at 250,000 stadia, depending on varying stadia measurements between 24,000 and 29,000 miles. We now calculate 24,900 miles around the equator. Two sticks and some calculations, but there continues today a thriving Flat Earth Society.

Rudyard Kipling, in our antepenultimate century, offered “A General Summary,” observing, in part:

We are very slightly changed

From the semi-apes who ranged

He that drew the longest bow

Ran his brother down, you know,

As we run men down today.

Thus the artless songs I sing

Do not deal with anything

New or never said before.

As it was in the beginning

And shall be for evermore!