A Day In The Life – Rod Kaats 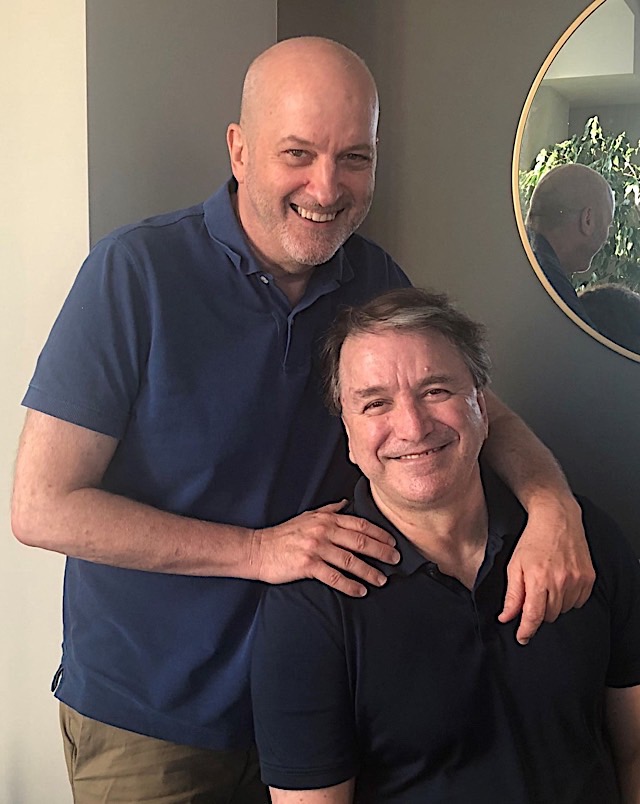 Where did you grow up?

My father was in the Air Force, so we moved a lot. I was born on the island of Guam, and we moved back to the States and lived in Maryland, Colorado, Mississippi, and then, spent a year overseas in Thailand where they sent me to a Catholic school for a year. (We’re not Catholic, but that’s all that was available.) That was all before I was 10 years old! We moved to San Antonio, Texas, after that where I lived until I went to college. Texas was not for me, but it probably kept me out of trouble.

Where do you live?

I live in St. Paul and on the Upper West Side in New York City.

Who do you live with?

My partner, Louis Sacco, who is a vocal technique coach and corporate educator/trainer and sometimes actor/performer.

What is your occupation?

I am a theatre producer. I’m the Producing Artistic Director at the Ordway Center for the Performing Arts in St. Paul and making my Broadway debut as a producer this season with the musical Girl From the North Country.

When did you come out? How did that go?

As you can tell from my other responses, no question about me has a simple answer. About coming out: I introduced my parents to my first serious boyfriend when I was 16. His name was Mark. I assumed I was gay because I was so in love with Mark…so I guess you could say that was when I came out.  But sadly, he and I broke up after 6 months. I didn’t find another guy like Mark for a long time, and I worried that I never would.  (Tragically, Mark died of AIDS several years later. I think about him all the time.)

Before Mark, I had some great girlfriends. So, the word I would use now to describe my orientation then would be ‘fluid’. For the next several years I went back and forth between relationships with men and women. That was fun. But by the early ‘80s, AIDS was looming and scary. Not much was known about it. I got spooked about being with men. I decided to get married – to a woman.  She knew all about my past. I wasn’t in the closet. She and I had two children together who fill my life with joy. I love being a dad and always have.  The marriage dissolved and I finally settled into being plain Jane gay.

When do you wake up?

Not until I absolutely have to. But when my brain opens for business, I wake up whether I want it to or not.

What’s the first thing you do in the morning?

Try to find a way to justify going back to sleep.

Black coffee is my jam.

How do you spend your commute?

The plane ride between LGA and MSP is probably the only routine commute I have. I catch up on work or look out the plane window in search of wisdom.

What do you nerd out for (gaming, music, history, etc.)?

I’m a theatre nerd. I can’t get enough of it.

What music have you been digging lately?

You won’t be surprised to hear that I’ve been listening to scores from Broadway musicals. (There’s no doubt that I’m gay now, right?). I’m currently preoccupied with music from the shows coming up at the Ordway:  Six, Beauty and the Beast and My Fair Lady.

Is your work space tidy or a hot mess?

What’s been your favorite job?

I love to produce theatre because I love working with artists. They rule the world – or they should.

Favorite weeknight meal: Go out, take out, or cook in?

I’m in a monogamous relationship with Blue Apron. How anyone makes dinner without a meal kit is beyond me. Occasionally my partner and I step out on that relationship and go to a restaurant, but the food is usually way too salty.

On a usual weeknight, you are doing what?

Going to the theatre or playing cards with my partner. We play rummy 500.

Every chance I get.

What are you most proud of, and why?

My kids who are now super-smart, wise grown-ups I adore. They aren’t gay, but I do my best to accept their lifestyle.

My mother is a fountain of wisdom. Here are some of my favorites:

It isn’t so much as what you do as how you do it that counts…style, darling; don’t forget about style.

Don’t avoid conflict. On the other side of every conflict is a chance to know yourself and everyone else better; to achieve greater intimacy.

Ask for what you want politely and be prepared to take no for an answer…eventually.