A Day In The Life: Cathy Strobel-Ayres 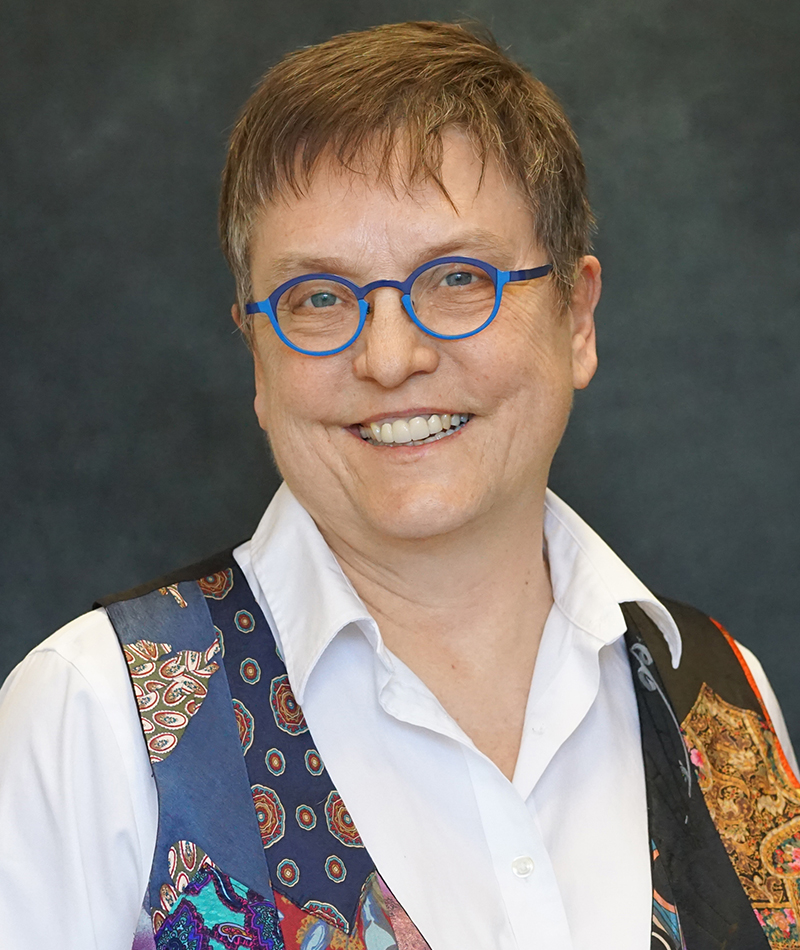 Where did you grow up?

I grew up on a farm about 50 miles SW of the Twin Cities near Henderson, MN. We were miles from the nearest town with a party line telephone, and I could never call any of my classmates because it was a long distance to call. I’m sure many readers know nothing of which I speak as this was shortly after our parents were forced to walk uphill both ways to school and long before cell phones. My siblings and I would regularly lament our “isolated” existence where we were sure our classmates sat at the Henderson soda foundation sipping cherry cokes all day long.

Where do you live?

I live in south Minneapolis.

Who do you live with?

I live with my wife, Andrea, and Jimmy, our 10-year-old chocolate lab mix, and Gracie, our 15-year-old cat. Gracie is the boss, Jimmy is her sidekick and we are their staff.

What is your occupation?

I am retired. For all the work and jobs I have had in my lifetime, I consider this one of the best career decisions I have ever made. The money is not great but the work is easy. Before retiring I spent time working at the State Legislature, the MN AIDS Project and the University of MN School of Medicine.

When did you come out?

I was a late bloomer; didn’t come out until my early to mid-30s not too long after some lesbian friends took me to Rumors, a lesbian and gay bar downtown St Paul. My gay roommate used to take me to the Saloon where he hung out so I was eager in my cluelessness to see where the lesbians were. It turns out a large number of women softball friends with were also there. In fact, I knew more women than my friends did! That’s when the light bulb went off and it dawned on me that maybe there was a connection between seeing all those women I wished would invite me to their off-season gatherings and my sexuality.

It went very well. I come from a very large family, so coming out lasted forever. I started with the siblings I trusted the most, then to my parents, and finally all the rest of them as a group at a family Super Bowl party. When I decided that I needed to tell my parents, I called on an aunt and uncle, a former nun and a former priest, who our family is very close with. I still chuckle and giggle sometimes when I think about how the two ‘closest to god people’ in our family were the two people who helped make it safe for me to come out to my immediate family! My mom worked at the Lincoln Deli in Bloomington, a Jewish deli and restaurant, where a good share of the wait staff were gay men. After I came out, she told me that many of those guys would joke with her about her big family and suggest that she adopt them for holidays. They figured our family was so large that we wouldn’t even notice and they would get to spend the holidays with a family. That always struck a nerve with her that families could so easily disown their gay kids. It helped her support me and become an advocate for LGBT causes.

When do you wake up?

All hours of the night; it starts anytime after I fall asleep. They say there are people who actually go to bed at night and fall asleep within minutes and then sleep through the night. I’m skeptical; my wife is one of those people but sometimes I wonder if there something wrong with her! I usually get up around 6:30 which I find odd considering I am, at heart, a late night person who has long dreamed of being able to sleep in late when I retired.

Both. I like having the alarm clock but now mostly use my cell. I bring my cell to bed with me because it is the only way to hear a phone call now that we recently gave up our landline – yea, ‘recently’ – being a boomer and all who was never an early adapter of anything new this did just happened a few weeks ago!

What’s the first thing you do in the morning?

I slog my way to the kitchen for a cup of coffee and then grab the newspaper.

Yes, breakfast is good. I have one every morning after my coffee.

That’s a question? Of course, it’s the kick that makes it worth being awake!

No, I want pure unadulterated coffee. On rare occasion when ordering out, I will have a mocha.

How do you spend your commute?

I don’t commute, yet another benefit of retirement, but I do spend your commute reading the paper and drinking my black coffee sometimes stopping long enough to revel in the fact that I am not commuting anywhere.

What do you nerd out for (gaming, music, history, etc.)?

I’m a gardening nerd. I’ve transformed large portions of our front and back yard and boulevard into a mostly native plant landscape for the birds, bees and butterflies. Our yard is a certified National Wildlife Habitat by the National Wildlife Foundation because of the native plants, bird boxes, habitat friendly ground cover, food and water we supply to support our pollinators. Working in my yard is a wellness activity that gets me outside and reduces my stress. And, I feel like I’m doing something worthwhile to mitigate climate change.

What music have you been digging lately?

Motown is one of my favorites. It’s often my go-to music when I need a pick-me-up. Lately I’ve been listening to Loretta Lynn and John Prine, two of my favorite story teller musicians. Prine was a master storyteller whose way with words painted a picture like no one else. Loretta is an unlikely hero because she didn’t just do love songs. She wrote about country life as women experienced it with songs like “Don’t Come Home From Drinkin’ (With Lovin’ On Your Mind)”, “You Ain’t Woman Enough”, “Fist City”, “The Pill”, etc. some of which were controversial at the time.

Is your workspace tidy or a hot mess?

I don’t have a regular work space (once again, retirement rocks!). Generally speaking, though, wherever I am doing something the space skews towards a hot mess. I live with a very organized tidy person and have learned that the cacophony of disorganization is a much bigger burden for the tidy than the organized tidiness is for people like me who just don’t see messes.

What’s been your favorite job?

Since I left the corporate world years ago, I have loved all of my jobs but my most favorite job was working for Representative Karen Clark at the State Legislature. It gave me a great education and insight into the process of legislating and passing laws. It also allowed me be on the Steering Committee of It’s Time Minnesota, a statewide organizing effort to add sexual orientation to the state human rights act. We were able to pass the most expansive definition of sexual orientation in the country which specifically included trans identity. Being at the center of this effort is one of my proudest accomplishments.

Favorite weeknight meal: Go out, take out, or cook in?

We are mostly cook-in people and we both have favorite recipes we make for dinner. My favorite meal is my wife’s baked rigatoni, but she also makes a mean roasted asparagus lasagna among other great meals she finds in her cooking magazines.

On a usual weeknight, you are doing what?

Depending on the season I am usually sitting in our backyard hanging out with my wife after she gets home for work, enjoying the gardens and the pollinators and catching up with neighbors. When it’s not conducive to be outdoors, I am likely reading or getting my butt kicked in scrabble by my tidy and very smart wife.

Yes, I do believe in sleep and usually head to bed around 10:30 or so. Like I reported about getting up in the morning, the dream I once had of staying up late and sleeping in hasn’t materialized.

I like walking around our neighborhood and local woods and nature centers. It’s also the time of the week when we tend to gather with friends and family.

What are you most proud of, and why?

I’m most proud of the work I’ve done in organizing to add sexual orientation to the human rights act, organizing to defeat the anti-marriage amendment and supporting our community in addressing the HIV epidemic during my time at the MN AIDS Project. I never made a lot of money, and my retirement income is a regular reminder of that, but I wouldn’t trade it for anything. I am also very proud to have found and married the love of my life. I love the life we have together.

The world is absurd. Find the hilarity in it and laugh as much as you can. It’s good for you and makes the hard stuff more tolerable. Or, ignore me because in general, people don’t ask me this question and there may be a reason!