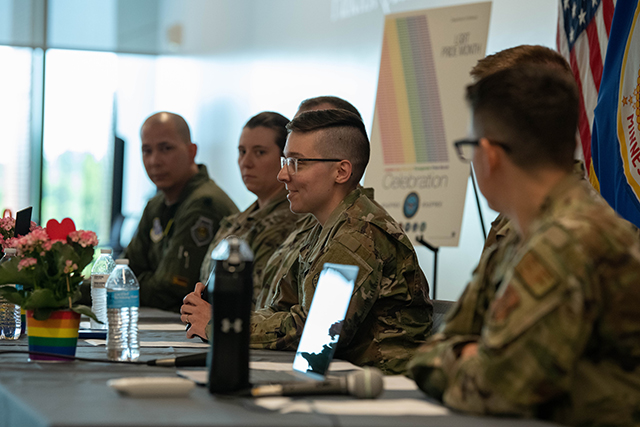 The Minnesota National Guard has been way ahead of the game when it comes to diversity and inclusion compared to other military organizations. Major Corey Robinson, the current Director of Diversity and Inclusion, says that their efforts started more than ten years ago, which is twice as long as other national guards.

He recalls a time when the conversation was limited to race and affirmative action. He is glad that where previously it was like walking on eggshells, there can be open and honest discussion about these topics and not just lecturing. Major Robinson says, “It’s the inclusion aspect that we have to educate people on and it’s finally turning on light bulbs. It’s a great thing when you’re just talking to them, not trying to teach, getting their thoughts out on the table.” They are realizing they are not there to be “bashed” for their privilege but to establish a culture where everyone has a seat at the same table.

Major Robinson and this team travel to all the different units throughout the state educating on what diversity and inclusion means for the Minnesota National Guard and what the goals are. Which is to sustain the Minnesota National Guard, by broadening perspectives, incorporating strengths, and providing opportunities for service members to engage in Minnesota’s many diverse communities, according to their annual report.

In order to actualize those goals the Minnesota National Guard has eight Special Emphasis Councils, which are ??synonymous with employee resource groups. The councils aid significantly in retention because they are connecting individuals to a group and aiding in visualizing representation.

Captain Forrest Jennings is the advisor to the LGBT Special Emphasis Council, he says, “I think the fact that we have these councils, and a full time team of trained people who work every day to reach diversity and inclusion initiatives, is something that sets us apart from most other national guards.” As well as their partnerships and exchange programs across the globe. There are plenty of opportunities to travel and get exposure to other cultures and training within the Minnesota National Guard.

As a senior leader, General Dan Gabrielli has a vested interest in seeing these initiatives successfully executed. He says that they are pushing their recruiters to work outside of their comfort zones. It can be easy to recruit through existing member’s friends and family but that tends to result in a homogeneous force. “We have to start pushing for the demographics and the diversity,” he says, “we need to become more like the communities that surround us.”  He also attests to the fact that they need to demonstrate real commitment to these initiatives in order to keep doing their work effectively. When politicians come around and if they don’t see a force that reflects their constituents, how can the Minnesota National Guard count on their support?

CPT Jennings is also a full time recruiter for the Minnesota National Guard. He says, “I have nearly 50% females and diverse groups, like African Americans and Asian/Pacific Americans, currently in my recruiting pipeline. We have a very diverse group that I’ve been working with.”  The Minnesota National Guard also has begun to put a lot of emphasis on helping diverse individuals achieve positions of leadership, so that diverse individuals within the Minnesota National Guard can see someone who looks like them and represents them. “I think that a lot of reasons why diverse groups are hesitant to sometimes join the military is because they feel that they will not be successful,” CPT Jennings says, “I am explicit in demonstrating how I’m going to help them to be successful and how the organization does value them. That there are no barriers to what they can achieve because of their race, sexuality, or gender.”

Before the pandemic the Minnesota National guard would partner with local organizations or community centers and hold events. Providing free food and activities for the community provided exposure to people like them in uniform.  Major Robinson says, “when they see us later on during the week or month at a grocery store they remember you, come up and it’s a friendly conversation, we will break down the barriers that way.” Going forward they are focused on improving their outreach and getting back into the communities that the airmen and soldiers live in and serve.

Most importantly however diversity and inclusion is about the aspect of the military it’s members enjoy the most: camaraderie. CPT Jennings says, “When I counsel people before they leave the military, that’s what they’re most afraid of losing. Which is why I think it’s even more important that we do more diversity inclusion initiatives, because everybody deserves to have that feeling.”