Our Rides: The Bucking Bronco Is Back! 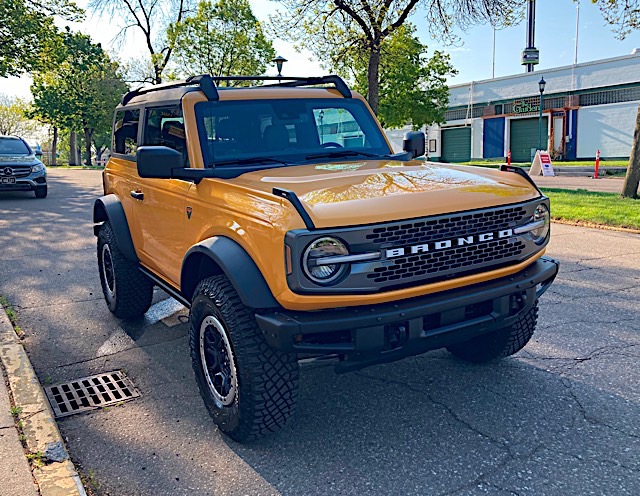 A few years ago, Ford announced that it would bring back the Bronco name for a new off-road ready vehicle. What transpired afterwards was a series of spinning heads, fan forums, further announcements, and a lot of waiting.

The wait is over. Well, almost.

Just last year, Ford introduced not just one Bronco—but three. It would become a family of vehicles using that iconic name, which would eventually become its own sub-brand.

To understand why the Bronco name evoked such a large response from the motoring public, let me take you back some 55 years. In 1966, Ford introduced a light utility vehicle that was designed for recreation and exploration. The original Bronco was boxy compared to the Jeep CJ that Kaiser Industries produced, but similar to the International Scout. All three recreational utility vehicles would make their way on to farms, up in the Iron Range, parked by the lake, and anywhere else you can take it. 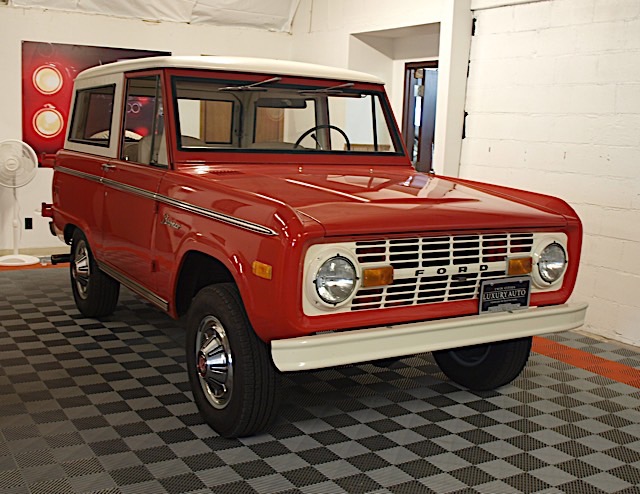 Ford kept making the versatile SUV until 1977, when it was transferred onto a shortened F-Series frame. No longer would the mighty Bronco match up with the Jeep CJ. It would take on the Chevrolet Blazer, Dodge Ramcharger, and Jeep Cherokee instead. The Bronco was bigger and thirstier, but it was even more brutish when it came to going off road.

When the smaller Ranger pickup truck came out in 1982, Ford planned on a smaller Bronco to be built off the same platform. The Bronco II was released with modern styling that was adopted from the Ranger. However, it could not match the Jeep CJ on the trails the way it was intended. It also had a tendency to tip over on a rare occasion, due to its higher center of gravity, small wheelbase and overall size.

Production of the Bronco II ended in 1990. The larger Bronco would continue to be produced until 1996. Ford went on to introduce a series of soft-roading SUVs that were primarily made for the street instead of the trail. 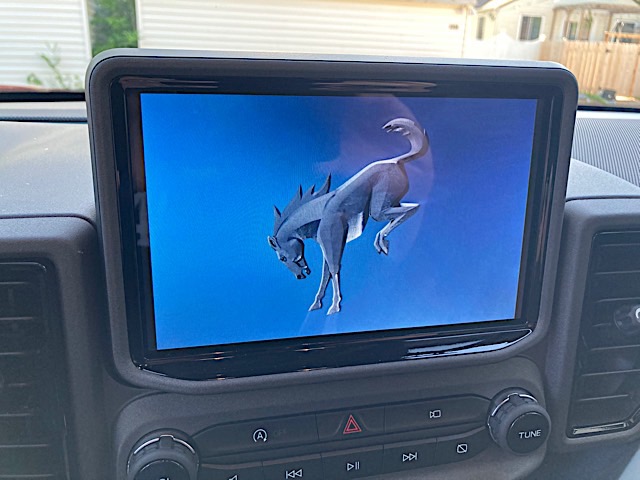 This year, the Bronco lineup began to arrive at Ford showrooms across the Upper Midwest. The first model was the Bronco Sport, a smaller SUV based on the Escape. It might not be the right basis for an off-road ready small SUV, but Ford did some further engineering and design to make it into a Bronco. 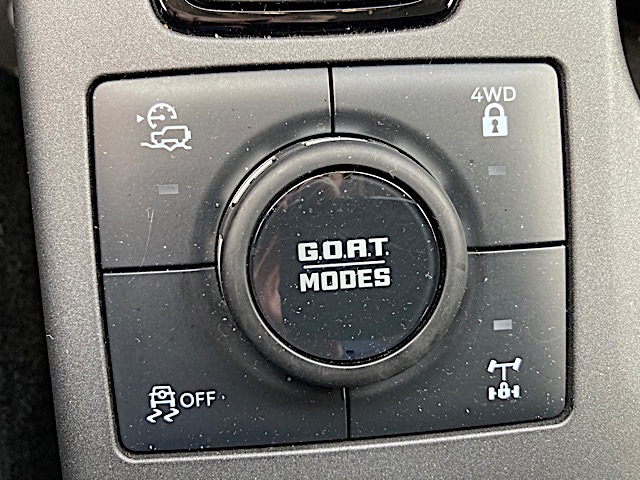 Bronco Sport customers have a choice of a turbocharged 1.5-liter three-cylinder engine or a turbocharged 2.0-liter four-cylinder engine. The latter engine is connected to a sophisticated four-wheel drive system that includes a twin-clutch rear axle unit and an enhanced version of the Terrain Management System with G.O.A.T. (Goes Over Any Terrain) Modes. 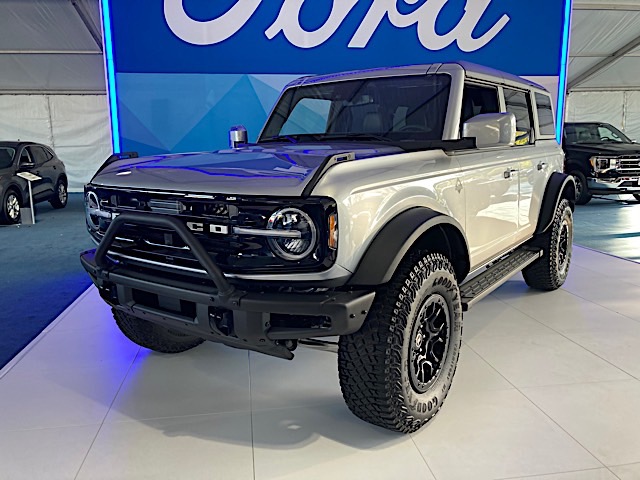 By now, the first of the “real” Broncos should arrive into showrooms to fulfill the long waiting list for one. The so-called “real” Bronco is based on the same frame as the current Ranger pickup truck and is available in two- and four-door models. It was designed from the onset to directly compete with the Jeep Wrangler, but the Bronco will also have the Toyota 4Runner and Land Rover Defender in its sights. You could throw in the Mercedes-Benz G-Class, except you rarely see one on the off-road trails in this country—not even at Spider Lake up in Chisago County or Appleton in western Minnesota.

The Bronco two- and four-door could be powered by a turbocharged 2.3-liter four-cylinder engine or a twin-turbocharged 2.7-liter V6. The four-wheel drive systems are more robust on the larger Bronco models, giving drivers a choice of terrain modes and an easy-to-use transfer case with a lower four-wheel drive ratio.

By the fall, there should be a choice of Broncos for every lifestyle. For the adventurous to the active consumer, Ford’s strategy is to simply create a line of Broncos that will not only fit those lifestyles, but to meet every budget. Bronco Sport models will start from $26,820 for a base model with the turbocharged three-cylinder engine. The base two-door Bronco starts just $28,500. Those prices will reach into the $55,000 range for a fully-equipped four-door Bronco Wildtrak with the twin-turbocharged V6 engine and all the off-road goodies.

I recently had some wheel time in the Bronco Sport. My specific tester was the Badlands edition, which offered a level of off-road readiness from its optional 17-inch “steel-looking” alloy wheels, knobby tires, higher ground clearance, the turbocharged 2.0-liter four-cylinder engine, and an overall rugged look. 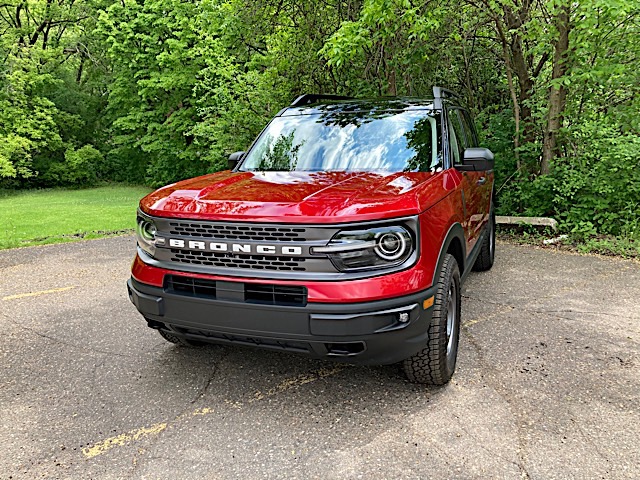 While this is not the Bronco we have been waiting impatiently for, the Bronco Sport Badlands model serves as an appetizer for those who cannot wait for their reservation to be fulfilled for the larger, more capable model.

Our history with off-road vehicles have always been centered on the Jeep CJ Series and Wrangler. They were symbols of LGBTQ liberation from the mid-1970s onward. We know that Stellantis supports our community inside and out of their North American operational base. 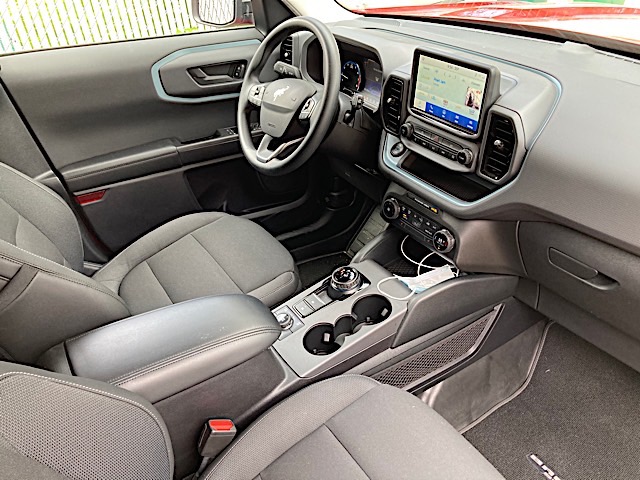 Ford also supports our community as well. Perhaps they can see the kind of brand equity that would attract us to the Bronco lineup the way Jeep has done for us through these past four-plus decades.

Not so fast. Ford offers a good option against the venerable Wrangler—and, in consideration of the Bronco Sport, the Renegade and Compass. In turn, the Bronco lineup has sent its mainstream competitors back to the drawing board. Could we see a next generation Toyota 4Runner to step up against the Bronco? Or will Nissan listen to their dealers and enthusiasts for a new-generation Xterra to start playing in the same off-road park as the Bronco?

Is there a Ford Bronco (or Bronco Sport) in your future? They are definitely worth a test drive.