Our Rides: Rolling Down The Mighty Mississippi 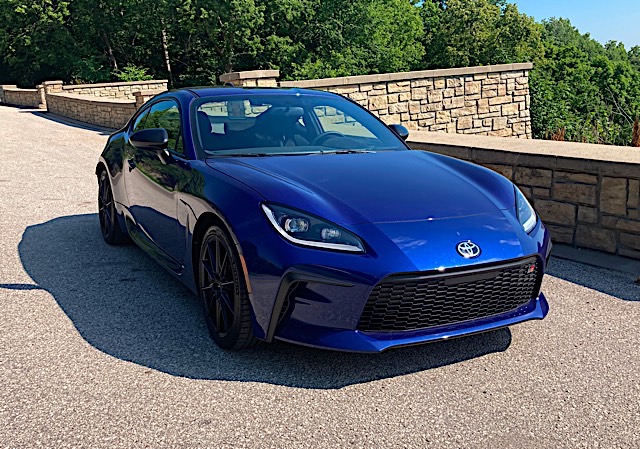 We are fortunate to have the Great River in our backyard.

The mighty Mississippi River starts in Minnesota and flows down towards the Gulf of Mexico along some of the most historic parts of this country. You can recite its port cities by heart. You may have already visited them multiple times.

Not a lot of attention has been given to the section of the Mississippi that flows alongside the state of Iowa. Maybe amongst us who live in this part of the country. Still, if you survey anyone who knows anything about the Mississippi River, there seems to be a knowledge gap between the Twin Cities and St. Louis.

If you know something about Dubuque, the Quad Cities and the river towns in southeastern Iowa, then you’re in for a new version of this run along the Great River Road. For those who have no idea that this section of the Mississippi River exists in your conscience – fasten your seatbelts!

You may want to fasten your seatbelts for this journey. It’s going to be exciting. At least the car is.

As I was planning this journey, I was thinking I should drive something nice and economical. My partners at Toyota thought otherwise. They decided to get me a 2022 GR86 for this river run.

The GR86 is a 2+2 sports coupe developed and produced in collaboration with Subaru. A 2.4-liter Boxer four-cylinder engine powers this latest edition to the Gazoo Racing sub-brand. My blue car only has rear wheel drive coupled to an automatic transmission. This should be an exciting run along the river, right? Let’s see if we’re right about this car choice…

At the crack of dawn, I pointed the Toyota sports coupe down US Highway 52 through Rochester and Decorah. That stretch between the two cities can get pretty exciting, even though you are running through some pure southeastern Minnesota farmland. Once you entered into Iowa, you are right on the bluffs of the Mississippi River.

The roads are good – make that, great! As long as you follow the Great River Road signage, you may never ask whether Iowa has roads like these ever again. They offer twists, turns, elevation changes – perfect for something like the GR86.

My overnight stay for the first few nights is the elegant and historic Hotel Blackhawk in downtown Davenport. As part of Marriott’s Autograph Collection, this lovely hotel offered the right accommodations as a hub for all activities while I am along the river

Friday was spent in the Quad Cities themselves. This cluster of four cities – Davenport, Bettendorf, Moline, and Rock Island – serve as a perfect hub for all activities in both Iowa and Illinois that are river-based and beyond.

I wanted to see what the LGBTQ community in the Quad Cities looked like. They have a few resources available to locals and the community beyond the Quad Cities. Based in Rock Island on the Illinois side of the river, CLOCK Inc. serves as the region’s community center.

The space itself is located a few miles away from the Mississippi River in a shopping center. Don’t let the looks and location fool you, even though you can get a public transit bus to its doorstep every 30 minutes between downtown Rock Island and Blackhawk College.

Once inside, you are treated to a very comprehensive community center. CLOCK offer services for youth, the trans community – including counseling, library, a computer center, and a series of trans clothing closets to match their gender expression. The latter also includes a closet for binders. You cannot help noticing the stage to the right of the main reception desk, along with booths, tables, and chairs.

CLOCK is quite unlike a lot of community centers I have visited. Perhaps it is because of the size of the space – a former full-size beauty salon and spa. However, Chase Norris, the Executive Director of CLOCK, Inc. describes their location as “[a] safe place for people to be.”

Adam Peters, CLOCK, Inc.’s Director of Operations adds that “[t]he authenticity that we see here from our community is quite incredible. And we’re trying to do all sorts of different things here to make sure that people know we’re open. We’re here for you and we’re here to support you in your life. So, [CLOCK, Inc. has] support groups, [and] we have the counseling here. We have the closet space with the clothing. We’re trying to do all sorts of things just to make sure people know, ‘You are welcome here. And, you’re welcome in this community.’”

In downtown Moline, The Project offers a vast array of health-related services for the LGBTQ community, including people with HIV/AIDS. From counseling to primary care, The Project is a one-stop space emphasizing care of our community for the Quad Cities region.

There are only two LGBTQ bars left in the Quad Cities: Mary’s on 2nd and the Varieties Nightclub, both in downtown Davenport. At one time, there were four, three of which were on the Iowa side of the river. Mary’s has a patio that can be lively – and quiet.

While these resources are available year-round, one should not miss the Annual QC Unity Pride Parade, held this past June at Schwiebert Park in Rock Island. They just added a Fall Pride event at Le Claire Park in Davenport on September 23-24. Perhaps a trip to that event – or, next year’s June Pride event – might be in order.

After a full day in the Quad Cities, it was time to discover the river south of it. My goal was to make it all the way through to Keokuk, the last city in Iowa before the Mississippi River borders Missouri. That was accomplished via both the main highway down (US Highway 61) and via the Great River Road Byway. What I found were river cities that have plenty of life in them and history that could not be ignored. For example, the original Fort Madison still stands – I will leave you to your own historical interpretation. In Keokuk and in ports along the Mississippi, a riverboat is moored to remind us on how one used to traverse this great river.

The following morning took me to the Illinois side of the great river. My starting point is the new Interstate 74 bridge that has replaced an 87-year-old structure that has been in bad shape in recent years. It was to the point where the then-Secretary of Transportation Ray LaHood said in 2012 that the old bridge was the “worst” he’s seen.

Back in 2018, I drove across that bridge coming back from an event Joliet, Illinois. LaHood was absolutely spot on regarding the condition and safety of the old bridge.

The new bridge opened up formally at the end of 2021. It was a dream for Quad Citians to enjoy a smoother, quicker way to get from Bettendorf to Moline. The Toyota GR86 responded to the call to cross the I-74 bridge to catch a Sunday breakfast in downtown Moline.

Meli’s is a pancake house a couple of blocks from the John Deere Pavilion. High ceilings, great parking, and good food helped start a new leg of the journey.

That leg followed the Illinois version of the Great River Road, proclaimed as the National Route on that side of the Mississippi River. It follows Illinois Highway 84 from Interstate 80 up towards Galena.

The route has its prettier sections, with the river not far off, with trees lining up the road. Then, it opens up to some rolling farmland as you inch closer to US Highway 20 and Galena.

What makes Galena stand out more is the sheer number of businesses along its Main Street that are LGBTQ owned and operated. In fact, Visit Galena was one of the sponsors of their Pride festival in town. They helped promote LGBTQ-owned businesses at Pride.

One of them was the Galena Bakehouse, a place where you can get everything from bakery goods, bread, and some food to go. Try their empanadas. They’re absolutely delicious!

Several doors up Main Street is Galena Apothecary. They offer an assortment of vintage and contemporary gifts that will compliment any home. The Neighborhood is a cool clothing boutique for youthful people of any gender expression. Not to mention, they have some stickers and other knickknacks that are LGBTQ themed.

In all, Visit Galena listed 15 business and community partners that are either LGBTQ owned and operated or supportive of the LGBTQ community in Galena. They just happen to be up and down Main Street.

My final night on the road trip was spent in Dubuque at the TownePlace Suites by Marriott. It was not only the newest place to stay in this northeastern Iowa city by the Mississippi River – it might as well be the best.

What makes this new hotel property stand out is its location. The Millwork District in Dubuque is undertaking a rebirth from the shell of old factories and warehouses next to downtown. Restaurants, bars, breweries, distilleries, retail, and other businesses have been occupying both older and new structures within this section of Dubuque bringing new life to the city.

In meeting with some local LGBTQ folks, I got the sense that Dubuque is transforming in other ways. Upon driving through town, there are signs of LGBTQ life there – literally. Rainbow flags are flying in a few parts of town. Something that was never even thought of, according to the people I talked to in Dubuque.

There was a Pride Picnic held in Dubuque at the end of June at the Multicultural Family Center. Yet, Key City Pride was not held in 2022. No mention by any of the people whom I talked to in town knew anything as to why it was it did not occur.

However, if any LGBTQ person in North East Iowa needed support, one would have to travel to CLOCK, Inc. for such support and community. It is an hour-and-a-half drive away to seek the support CLOCK, Inc. offers to that part of the Mississippi River.

However, Norris indicated that it is not unusual for LGBTQ people to find support down in the Quad Cities from afar. “I’ve had a middle schooler come from Iowa City for groups,” Norris explained. “Parents bring them an hour, just so their kid has a support system that’s outside of their school and family. And we’ve had people come from some of the lower suburbs. We’ve had some of the smaller towns outside of Peoria. We’re it.” Peters added that they had someone come from Rockford, Illinois to find support.

My last leg home began along the Mississippi River, following the Great River Byway. Behind the wheel of the Toyota GR86, I began to calculate in my head all of the experiences I had. These included the conversations I was engaged with in Rock Island, Davenport, Galena, and Dubuque. Yet, I was distracted by the landscape – rolling farmland, river bluffs lined with trees, and vistas that were completely breathtaking.

Throughout this journey, I can confirm that there is intelligent LGBTQ life along the Mississippi River from the Minnesota state line down towards St. Louis. You cannot fly over this part of the mighty river and ignore it altogether.

If you do such a road trip, I suggest taking the Great River Road Byway. Just follow the signs and you will be treated to some great vistas of the river. If you happen to have a car like the Toyota GR86, you might enjoy some of the fun twists and turns along the way.

If you do take this trip, remember that there is intelligent LGBTQ life along this section of the Mississippi River. They’re friendly and welcoming, too!