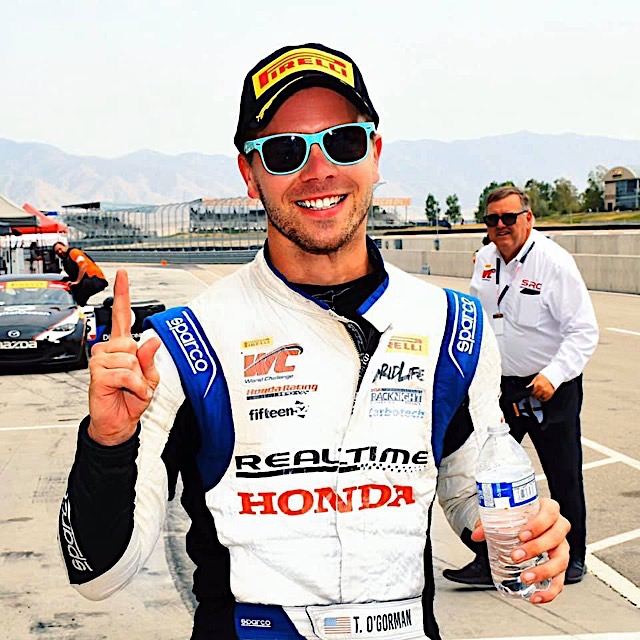 Auto racing is not exactly the “final frontier” when it comes to bridging its athletes with the LGBTQ community.

Recently, there was some news of some race drivers and other motorsport athletes who have come out as LGBTQ. These bits of news have brought us to the point where there is now a place where everyone can support each other. Not just professional racing athletes, but all of us.

That lead to the formation of an organization called Racing Pride. Earlier this year, the organization announced that they have expanded to North America. As part of this expansion, Racing Pride’s organizers also announced a lineup of ambassadors and partners to help promote and create a community in the U.S.A. and Canada.

Racing Pride began in the United Kingdom in 2019 “to create visible role-models and support for the [LGBTQ] community within the sport, as well as to offer education around allyship,” according to their website. The organization has grown to welcome key partners, such as the Aston Martin Cognizant Formula One team.

“I am extremely excited that Racing Pride has been able to launch in North America,” says Dr. Richard Morris, the Co-Founder and Director of Partner Relations at Racing Pride. “We have a magnificent group of ambassadors spanning NASCAR, drift, drag and road racing, as well as some brilliant and enthusiastic partners, and so far the reception has been overwhelmingly positive.

“I don’t underestimate the scale of the work ahead if we’re to have the impact we want to,” continues Morris, “but I hope that this launch and the actions we’re going to take across this year and beyond will inspire members of the [LGBTQ] community in North America to believe that they can, and do, belong in motorsports.”

With its expansion into North America, Racing Pride have added similar organizations, such as Athlete Ally and You Can Play to their partnership roster. Both organizations serve a similar function in bridging LGBTQ athletes across professional and amateur sports to the community.

In the United Kingdom, Racing Pride has already participated in several shows and events, where their ambassadors have either spoken or made appearances on the organization’s behalf.

“I thought I was the only gay race car driver,” says Shumake, “and now I know there’s a lot more. And I know that there’s the opportunity to create space for other drivers to be comfortable, or to either join the sport or be more comfortable being themselves and authentic.”

Shumake continues: “But certainly has been a tenfold increase for me in the past year of at least knowledge. And, I think that’s what’s so important of representation is having a platform and a voice like we’re getting with Racing Pride to let people see us as a group, as not just a one-off anomaly in our particular sport.”

For other Racing Pride Ambassadors, it is an opportunity to become beacons for our community across many platforms. “Being a Racing Pride ambassador is huge,” says O’Gorman. “I began racing before I came out. Racing was an instrumental piece of the puzzle to me becoming who I am, and there’s no way I’m the only one with that experience.”

O’Gorman continues: “If I can be a reference point for someone else to feel as empowered and safe as I have within motorsports—or any less-traditionally LGBTQ+ industry/community, for that matter—then I’ve paid it forward and done my job. I’ve wanted to do something like this for many years now but was never sure how to make an impact doing it on my own. Having an organization like Racing Pride, and as a byproduct their partners, etc., to help amplify the impact we can make is very exciting.”

We look forward to seeing what comes next for Racing Pride here in the U.S.A. If you’re a fan of auto racing, go support these athletes! Follow their social media channels. You might want to catch them in action on the track!