Our Rides: In Search Of Pride On The Road 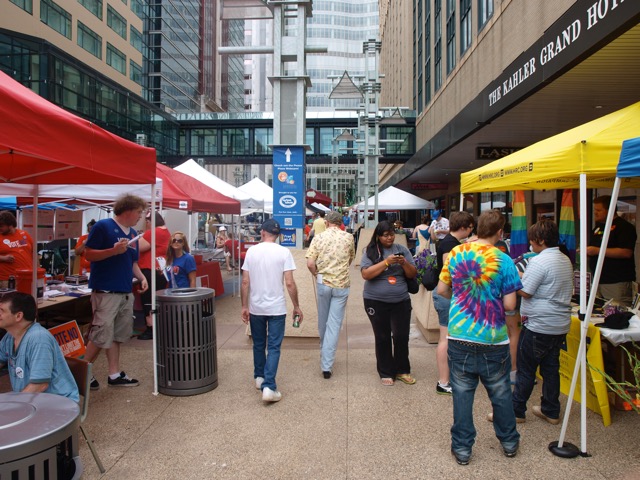 Over the years, the “Our Rides” space featured some adventures to the Pride events you just read about in this issue. Each experience told the story of their community and how they celebrate LGBTQ life, the community, and the struggles they continue to navigate towards becoming good neighbors and citizens in their own backyard.

I will say how fortunate we live in a state where many of our communities celebrate our culture and ourselves – some of which doing so loudly and proudly.

To me, a pride celebration was a normal event. If you grew up in a major metropolitan area where LGBTQ life was an integral part of the community, you can attend something closer to home. Rather, right in your own neighborhood.

Let me take you back a few of decades to explain how normal a LGBTQ Pride event is.

Thirty years ago, I was living north of San Francisco in Marin County. The Bay Area always had a large LGBTQ population and not everyone lived in The City.

Plenty of us lived in Marin and Sonoma Counties – both north of the Golden Gate Bridge. Many of us would join the hundreds of thousands of people crammed along Market Street in San Francisco at the end of June. However, we would also join our neighbors in smaller events just a few blocks down the street on the weekends before the Freedom Day Parade.

It was about 1990 when I attended my first Sonoma County Pride. Downtown Santa Rosa became the place for everyone from Guerneville to Petaluma to join in the parade. We marched along Mendocino Avenue that year. The atmosphere was electric – sort of a mini-Market Street celebration.

Around that time, San Rafael initiated their own Pride parade downtown. I never got around to check that out. Not sure why. Still, it was good to see that the community I lived actually did something for our community.

This year, Sonoma County Pride will kick off their 36th Pride Parade. It is now on 4th Street. As for San Rafael, they have switched to a Pride Picnic that was last held in 2019, according to various sources.

Years later, I arrived in Minnesota after years in California, Northern Virginia, and Madison, Wisconsin. It was here where I learned of our Pride season extending into September. I thought that was odd. Then again, my LGBTQ mindset was left somewhere melting on Dupont Circle.

Here in Minnesota, I was introduced to other Pride celebrations across our state. From time to time, I would show up to Rochester’s Pride when it was on Peace Plaza.

I was first made aware of Rochester Pride by my friend Clair Wood. He and his late partner were part of the Pride committee there. He told me how down-to-Earth the celebration was. Wood was not wrong. I probably attended a few over the years, including one time at their barbeque on the eve of the festival at Peace Plaza.

Nonetheless, Rochester has always been a nice celebration that is worth attending.

Then, I started discovering other Pride celebrations across our state and beyond. Duluth-Superior Pride always had a great vibe. To go the festival at Bayfront Festival Park – the huge stage with the Duluth Harbor Basin, Lake Superior, and St. Louis Bay in the background – is unlike most Pride atmospheres one has to take in.

One year, I was there when CeCe Peniston and Crystal Waters headlined the festival. You can’t get any nostalgic than that! Needless to say, there was a 30-year-old chubby bear trapped inside me with their hits swirling on my radio and CD player.

If I had to pinpoint a Pride experience that I enjoyed the most (and, one that has not been published in this magazine) was my first East Central Minnesota Pride in Pine City back in 2012. They had it across from the Pine County Fairgrounds at Voyageur Park on the Snake River. I drove a friend up there from The Cities and ran into a few friendly faces from both The Cities and the local community. A couple of which I work with today.

As I was leaving the park, I noticed a light blue and pink 1964 Chevrolet Corvair Monza. It’s not often you see a Corvair, but my mother had one when I was a kid. It was a trans woman that drove it. It was her’s. She was featured in a story on WCCO prior to the Pride festival. A few moments later, her parents showed up in an olive green 1960 Chevrolet Corvair four-door. It was exactly the one my mom owned! That probably made my experience in Pine City all the better.

Last year, I led the members of the Great Northern Region of Lambda Car Club International up to that year’s East Central Minnesota Pride. Little did we know that the streets were under construction around Robinson Park. We paraded around, parked and the rest of the guys went to Three-Twenty Brewery for food and beer.

At the point, I want to take the opportunity to apologize to the good folks in Pine City. You were kicking off the Pride festivities when you heard the blaring of the horn from a red 2021 Lexus RC 350 F Sport coupe, followed by several other vehicles. That was me. Please accept my apologies. I was extremely glad to be there to celebrate Pride with you. Perhaps too enthusiastically.

Pride is always about the celebration. The discovery of your community when you first discover it. The meeting of friends – old and new. Getting some swag that you otherwise not purchase in town. And, showing your true authentic self among others who love you for who you are!

Whether it is at Loring Park or somewhere across our state and beyond – celebrate yourselves, fly your flag, and be who you are with our apology. And, please be safe!