Acura: Tuned Into the Community 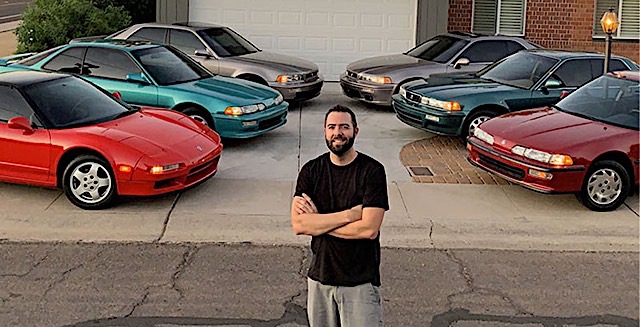 We like to see ourselves in social media doing the things we love. That includes automotive enthusiasm and how we express our love for our vehicles.

The essence of the campaign was based on how Acura owners have made a statement with their vehicles. Part of it is rooted in the tuner culture that Acura and its parent company—American Honda Motor Co., Inc.—embraces.

“So much of our community on our social channels are those very loyal, very passionate tuners,” explains Allie Coulter, the Manager, Social Media Marketing, American Honda Motor Co., Inc. “We want to make sure that we honor them and have them be part of that conversation. We thought that it was a nice way to kind of bring together, have a way to celebrate our fans and the voices of our fans, and really how our vehicles, their love for those, and specifically modifying them top their particular needs and desires, really brings people together.”

Each of these people show their enthusiasm for the brand that demonstrates their expression of it within their community. For Rodes, it is his black Acura TL Type S. For Shine, it is a tuned and lowered TLX. For Hugie, it is a collection of Acura models from the early 1990s. That collection includes two second-generation Integras, two second-generation Legends—a sedan and a coupe—a Vigor, and a first-generation NSX.

The three people chosen for this campaign were sourced through what Coulter called “social listening.” “Social [media] really should be an engagement,” explains Coulter. “It should be a conversation.”

The conversation comes from the quotes given for each social media post. In his post, Shine said that he “always felt that [he] didn’t belong in a lot of places. The car community definitely helped me shake that.” In Rodes’ case, he said on his post that he was “just so happy to feel at home in the car community and to have a safe space.”

These are true statements for a lot of LGBTQ automotive enthusiasts trying to fit into one of many clubs, events and cliques.

However, Hugie gives this perspective in his post: “When you’re a car fan, you’re family, whether you’re part of the [LGBTQ] community or not.” Hugie also added in his post: “That’s what I love about being a car fanatic…it is the one overarching obsession we all share.”

How has this campaign been received on Acura’s social media channels? Coulter reports that the month of June was Acura’s best period for social content. According to Coulter, the campaign “outperformed our target by about 20%. And we loved seeing how it really exceeded our expectations in [post engagement]. We loved seeing the conversation and the support within the comments.”

The ultimate payoff for this campaign is to bridge these three Acura owners and enthusiasts with others who may have seen these posts on their social media feeds. “We like to be a positive force in society recognizing and celebrating our customers,” Coulter says, “the unique cultures, and the communities they’re a part of, and how our vehicles are able to do that. It’s very important for us, especially in social [media] where we have that unique ability to listen and to talk and engage with our fans and followers.”

Coulter further explains that Acura’s customers “made an investment in the Acura brand. This is a great way for us to hear their stories [and] tell their stories. It’s one of the ways that we can strengthen that relationship with all different kinds of our customers.”

If you see yourself in an advertisement or on social media, would that solidify your choice in your next vehicle? If you know of other automotive enthusiasts who are LGBTQ, would you like to connect with them—regardless of the type of vehicle they own? Would you even like to hang out with them?

Thanks to the passion exhibited by Hugie, Rodes and Shine, this social media campaign became a portal for LGBTQ Acura owners and enthusiasts to celebrate their love for their vehicles. It was also a conversation starter.

Shall we continue this conversation? Let’s hope it never stops.