The Impact of the HIV/AIDS Epidemic in Minnesota 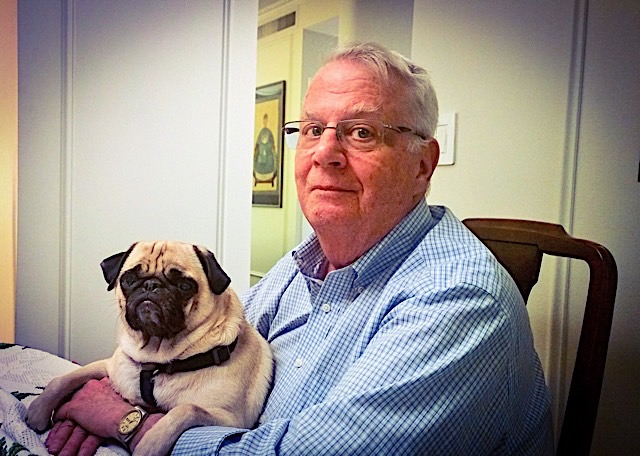 Minnesota had its first reported case of AIDS in 1982 – only a year after the first case was reported in New York. “[I] moved to Minneapolis from New York City in August 1981, just after the recognition of AIDS in a Center for Disease Control publication,” says Morris Floyd, “So the matter was certainly on my radar.” After attending the 1982 National Lesbian Gay Health Education Conference Floyd says that it was obvious to him and other attendees “that a major health crisis for the gay male community at least was brewing.”

For most Minnesotans impacted or threatened by the virus this was a time of confusion and uncertainty. Bob Tracy, who would go on to co-found Arts Over AIDS and was involved with the Minnesota AIDS Project (MAP) from 1987-2007 remembers being “a young gay man trying to make sense of the conflicting information we were getting about HIV.” Finding accurate information was difficult. He explains, “At that time, the Twin Cities had three queer newspapers that presented distinctly different editorial styles.  That was my most direct source of information, and it was confusing and unreliable, at best.”

“The early days was (sic) a time of activism, the entire community pitching in, and of PLWA [People Living With AIDS] leading the struggle for services and treatments to save their own lives,” says Kevin Sitter. Sitter began his 37-year long career in the field of HIV/AIDS volunteering as a Health Educator for MAP and went on to work for organizations like Red Door Clinic, Hennepin County Medical Center, Abbott Northwestern Hospital, and the University of Minnesota.

The response to the pandemic in Minnesota was frenetic and passionate. Organizations were built from nothing in the face of an unrelenting pandemic. People banded together to provide much-needed resources and medical treatment for their friends, lovers, families, and themselves. “The successful response to HIV/AIDS in the Twin Cities has been facilitated [by]… grassroots activists, committed volunteers and dedicated professionals,” says Floyd, “There are many more people who could and should be acknowledged for their contributions than those who are usually named. Our shortcoming in early days was that disproportionately affected groups such as men and women of color…and transpeople were not recognized or invited into the process.”

Many of those impacted by HIV/AIDS began volunteering and working in advocacy and assistance. “HIV became part of my work and community volunteer life about five years into the crisis; a time when there was an acceptance that this was not going to be easily and quickly resolved,” says Tracy.

One of the most impactful programs in the Twin Cities was MAP. “[T]he initiative for MAP was on two tracks at first,” says Floyd. It began with Bruce Brockway, the first Minnesotan with a documented diagnosis of AIDS. Brockway would eventually incorporate and rebrand the non-profit previously known as the Minnesota AIDS Medical Project as the Minnesota AIDS Project “to convey that the crisis was not just ‘medical’.”

“The other track was a group that initially included me, Dr. John Whyte, Tom Wilson Weinberg, and Ford Campbell,” Floyd continues, “These two tracks quickly came together under the MAP banner, although we lost both Bruce and Bill [Runyon, another man diagnosed with AIDS in the early days] to the disease early on.”

“[MAP initially] operated in responsive, crisis mode,” says Tracy, “Services and resources were created and used without controls. By 1987, the organization had racked up significant, long-term debt.” The pace set in the early days was not sustainable, but the people behind MAP knew their work was invaluable and adjusted accordingly.

“With the hiring of [Lorraine Teel, an] experienced nonprofit [administrator]…MAP, along with pretty much everyone else in the HIV world, settled into the work of being available to respond to HIV for the long haul while also taking the immediate actions to save lives and create change.”

There were many Minnesotan organizations working to help people living with AIDS. “The Aliveness Project has been there for our community almost since the beginning, providing vital food and wellness while working to destigmatize HIV,” says James McMurray, current Director of Social Services at The Aliveness Project. “We started off a small place where some gay men living and surviving HIV came together for support, fellowship and a meal during the early [stages] of the epidemic. It quickly evolved into a place welcoming anyone living with HIV, diverse staff of BIPOC, our weekly peer-led support group for transwomen and femme-presenting individuals called TEA TIME.”

LGCS was also heavily involved in addressing the crisis from the beginning. “In addition to its mental health services, it operated a community information line…[we made sure volunteers] had as much current information as possible to respond to callers concerns about AIDS and to make appropriate referrals,” says Floyd, “LGCS was also the fiscal agent for MAP before MAP acquired its own tax-exempt status.”

Over time the grassroots organizations that were born out of panic and necessity have developed into a robust infrastructure. “[A] single volunteer organization led…almost exclusively by lesbian and gay volunteers…[evolved] to be an important professional institution; organizations [like the Aliveness Project]…mobilized and professionalized over time,” says Floyd, “[B]elated recognition that AIDS affects many communities other than gay men led to the creation of services offered to specific populations.”

Changing the way people think and talk about HIV has been instrumental in destigmatizing diagnoses and providing pertinent resources. “I’m also very proud of the work we did to shift HIV prevention work from its singular focus on changing individual behaviors (e.g. promoting condom use) to a program of community level interventions aimed at creating and reinforcing healthy community norms for queer Minnesotans (PrideAlive) and also for people living with HIV (PostiveLink),” says Tracy.

Being diagnosed with HIV today is different than it was forty years ago, but the diagnosis still needs to be taken seriously. “Breathe and start slow. In the beginning only share with those…who can support you,” suggests Sitter, “For anyone diagnosed after protease inhibitors, the opportunity to live a life with health minimally impacted by HIV is possible.”

There is still unnecessary stigma surrounding an HIV diagnosis. “[This leads] people to a dangerous denial and sometimes even reluctance to seek treatment,” says Floyd. Do not let someone else’s ignorant opinion stop you from taking the measures that will protect you and the people around you. “See a doctor and follow their directions for treatment; doing so will likely enable you to lead a long and healthy life…[Remember] that for some period of time after beginning treatment, you may still be able to infect other people if you fail to use condoms and other protective measures to avoid it.  Be safe in your sexual interactions and encourage your partners and playmates to do the same.”

Today HIV is more manageable than it has ever been. Quality of medical treatment and available resources far outnumber what was once available. “[T]here is help,” says McMurray, “[there is] a loving community to support, navigate and empower you along your journey. You are not alone.”

Even if your friends or family are not supportive there are organizations ready to fill that gap. “Aliveness…was Minnesota’s first membership-based HIV/AIDS service organization with a strong sense of community,” says McMurray, “People living with HIV [are] welcomed to join at no cost [and receive] services [like our] meal program, food shelf, medical nutrition therapy, case management, housing support, mental health and our famous holiday gift program.”

Above all, remember that who you are does not change because of a positive HIV status. “HIV has taken a lot from us, especially our friends and lovers. I strive to not let it take our sexual lives that celebrate and affirm who we are as gay men,” Sitter says, “Sustain your pride in yourself, avoid shame.”

The past forty years have been a hard-fought battle and we are lucky to be where we are today. “You can live with HIV, because you stand on the shoulders of a long history of fighters,” says Tracy. “They were gay, transgender, queer, feminists, fighters for abortion rights, black and brown…and white, rich and poor and, sometimes, very disruptive.  When the ‘others’ fight to make things better for themselves, they make it better for us all.”