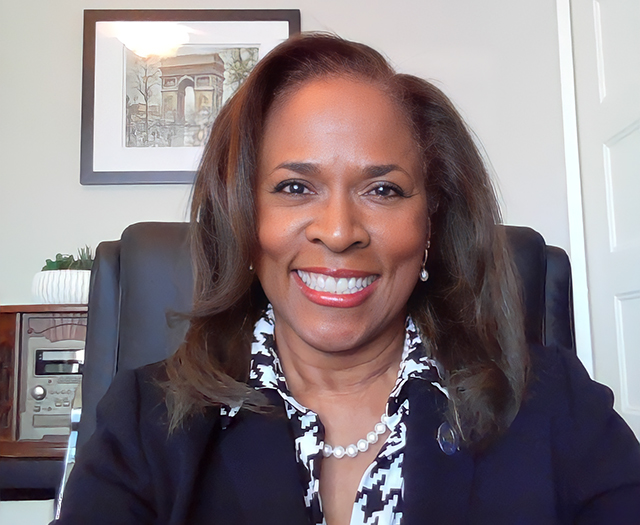 “This will be the first Black-led community credit union. There have been church-led unions before but this is the first community one,” says Debra Hurston, Executive Director of the Association of Black Economic Power (ABEP). That’s the organization in the process of applying for a state charter for the credit union.

Currently, this area of North Minneapolis is what’s called a financial desert. That means there are no legitimate financial institutions for the community to deposit or withdraw funds or receive a reasonable loan.

Instead, payday lenders abound. If you’re barely living from paycheck to paycheck and encounter one financial burden, you have to go to a payday lender. The interest rates from these institutions are notoriously high (they can be up to 390% on a single loan). This can introduce a never-ending cycle of debt.

With credit unions, they can offer small, extremely low interest loans. Plus, the general banking fees are generally a lot less.

“So the impact can be huge if we can come up with products and services that compete with payday lenders and take that never ending cycle of debt away from people,” says Hurston.

A Brief History of the Project

This new credit union idea began back in 2017. A group of dynamic citizens fed up with racial injustice and fueled by the murder of Philando Castile the year prior wanted to address not only policing injustice but economic injustice as well. Therefore, they formed ABEP.

There hasn’t been a credit union charter in North Minneapolis for 10 years, so there was no one to guide the process. After a few missteps delayed progress, a new board hired Hurston in 2020 to take charge of the project.

Hurston’s background is in association management. She took this job because when George Floyd died, she felt inadequate to do anything. “I saw the protests, I knew what was going on, but how can I help?” she says. Then this position became available. “This is something I can do. I can do this.”

Hurston continues, “I have had some amazing support coming from a national organization called the African American Credit Union Coalition.” She also contacted the Minnesota Credit Union Network. “If you want to build something, why not get the people who actually do it to help you? I am literally standing on the shoulders of a whole host of credit union experts.”

Hurston had to read up on the process of applying for a charter, talk to the experts, and form critical relationships. “We established relationships with the state and federal levels so we can have a dialogue about our challenges and make sure we aren’t headed in the wrong direction. It’s been extremely heartwarming to see how many people are willing to lean in and help with this and lend their expertise to the project.”

Hurston anticipates the application for the charter will be submitted by the end of October. The state can take up to 90 days to respond, and the Federal levels can take one year. If any officiating bodies have questions, they contact ABEP and there can be a bit of back-and-forth.

In the meantime, residents of the community can contribute to the success of the project in one very simple way — completing a survey to indicate if they were to open an account, how much would they deposit?

Residents can go to learnaboutvillage.org to complete the survey, even after the application is submitted.

The never-ending debt cycles have a generational aspect. Instead of people being able to purchase and hand down a house or inheritance, if they have to go to payday lenders, they get debt instead.

Because the credit union is community- and BIPOC-led, she continues, “It will be a place when people walk through that door, they feel like they belong.”

For the LGBTQ Community

“There certainly will be outreach to all diverse communities. We don’t intend to leave anybody out,” says Hurston. “We want people to walk into the credit union and it feels like home. All people.”

Minnesota has a very active minority population as well as an LGBTQ population, Hurston can’t imagine the credit union not doing outreach.

“This is much broader than a church credit union,” says Hurston. “Anyone who lives, works, goes to school, and worships in Hennepin and Ramsey counties. And any relatives of the same.”

ABEP is committed to including the LGBTQ community in their strategy and output.

So go take the survey and help this project come to fruition!

“It has been an absolute labor of love,” says Hurston. “I am so honored and humbled to be a part of it.”