Serve Our Society: The Naming Project 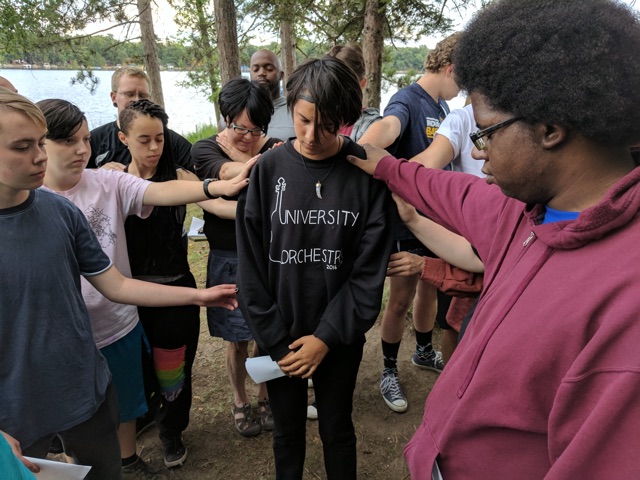 Northern Minnesota camp reassures LGBTQ+ teens they are ‘made in love’

On an island of Bay Lake, near Brainerd, you’ll hear the gospel of Dolly Parton.

The annual pontoon ride blasting tunes by the music icon is one beloved activity teens experience during a week at camp put on by nonprofit, The Naming Project.

“The camp week is filled with some of your typical church camp activities…discussions, games, crafts, campfires, worship,” said Camp Director Greg Fedio. “But we have a whole different slant on it.”

The Naming Project is a Christian-based ministry for LGBTQ+ youth between the ages of 14 and 18. Their goal is to provide a safe and sacred space where youth of all sexual orientations and gender identities are named and claimed by a loving God.

Since the first camp was held in the summer of 2004, more than 300 youth have participated. Most come from Minnesota, Wisconsin, and the Dakotas, but campers will come in from as far away as California and New York.

“Our activities and messages are all about helping the youth feel comfortable or loved no matter how they identify,” Fedio continued. “We purposely mess with gender as it relates to the bible. Constantly shifting the pronouns used for God. Talking about Jesus as a radical proponent for social justice for all.” 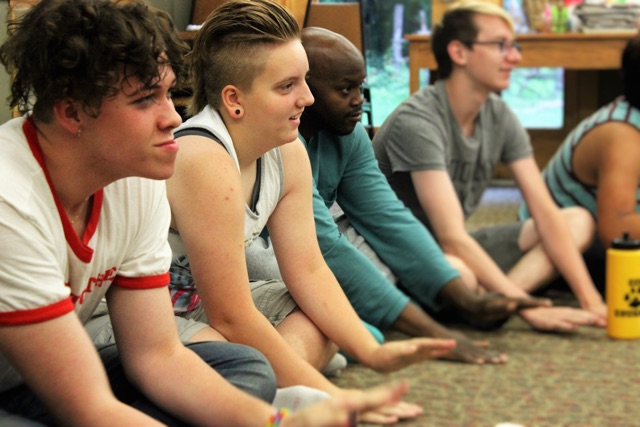 The Naming Project recognizes that religion and being a member of the LGBTQ community don’t always mix. Camp promotes a message of social justice and love.

“Although there has been progress, we know that faith communities can be a source of trauma for LGBTQIA youth,” Fedio said. “It’s so important to know that there’s a place where they can have a connection with god on their terms. A place where they are loved and supported and can be just who they are supposed to be, no strings attached.”

Ross Murray is the Founder and Director of The Naming Project. He’s a native of Littlefork, Minnesota.

“We are very aware of how religion has been used to harm people,” Murray said. “We’ve even experienced it ourselves. With our campers, we make sure to communicate that they can be wherever they are on their faith journey and be a part of our community. We will still sing religious songs and engage in discussion over scripture, but they should bring all their doubts, questions, challenges, and we’ll try to explore it together.”

“We are a place that believes God created, knows, and loves LGBTQ people, and LGBTQ youth are growing into who God made them to be,” Murray said.

The concept is unique enough that it caught the attention of Lisa Ling, who featured The Naming Project on her television show, Our America.

“When they [producers] told me that the theme of the episode was about the dangerous practice of conversion therapy, I was a little concerned,” Murray said. “Our camp isn’t that kind of program, neither are we a response to it. They assured me that our camp would be represented fairly, and they really kept their word.”

The Naming Project was also featured in the documentary, Camp Out, which has won several awards and has broadcast on LOGO television network. 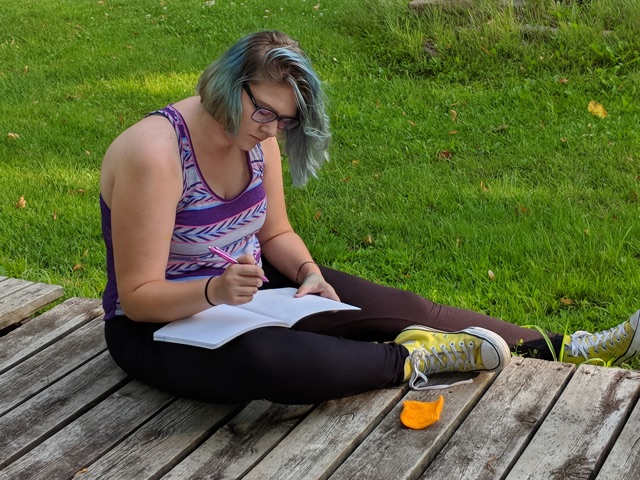 Shaping the lives of LBGTQ individuals

Victoria Turner from Minneapolis attended The Naming Project for three years starting in 2011. She had nerves before heading up to Bay Lake for the first time.

“I was so genuinely scared about meeting other LGBTQIA+ teenagers in a religious forum,” Turner recalled. “I think part of it was just the self conscious aspect of ‘oh my god, I hope they like me’ and some of it may have been the terror of opening myself up [and] being vulnerable to other people when it comes to the intersection of being LGBTQIA+ and being a person of faith.”

Turner loves the Dolly Cruise on the lake, morning coffee with counselors, and late nights laughing from her bunk. And like other camps, those evening bonfires are something special.

“That final bonfire, on your last day of camp as an 18 year old, still to this day makes me cry,” Turner said. “I remember sitting there and we sang, ‘Lord, prepare me to be a sanctuary,’ and I completely lost it. I mean Oprah ugly cry lost it. Those bonfires are some special things in the context of the whole week.”

Turner feels she wouldn’t be as supported today if it wasn’t for The Naming Project and its staff.

“There are people out there in this world that understand me for my most authentic me I could possibly be,” Turner said. “I honestly wouldn’t be as comfortable and as in love with myself as a person of faith and an openly LGBTQIA+ individual if it wasn’t for Ross, Sue aka Mama Sue, Greg, and Megan at The Naming Project. I walk a little bit taller every day knowing I was made in love.” 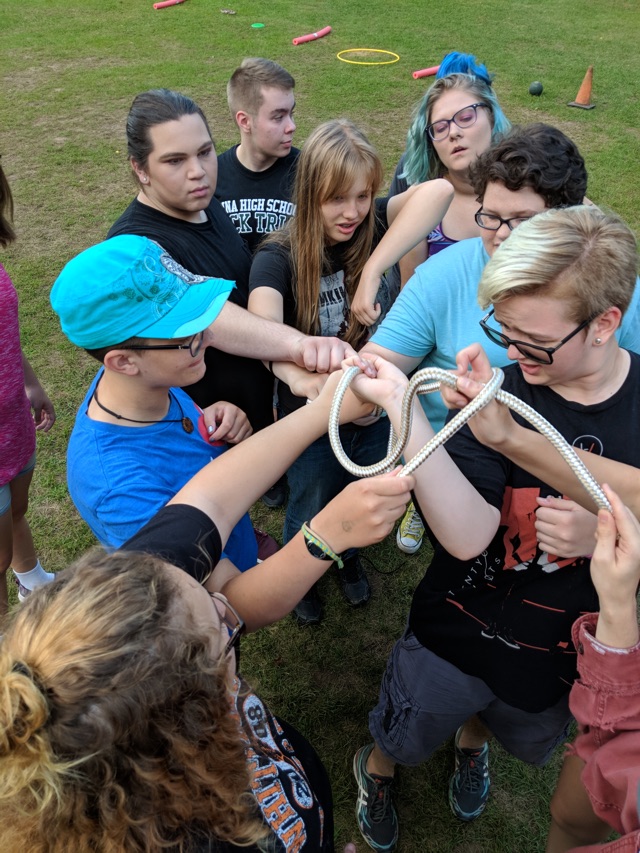 The Naming Project cancelled camp in 2020, which meant their expenses also evaporated. But they were not silent.

As for 2021, The Naming Project will host a virtual camp in July that will keep everyone safe during the pandemic. The camp will feature shorter blocks of programming to prevent Zoom fatigue, and group messaging so campers can stay connected. Those attending also receive books for LGBTQ+ Christian teens.

Registration for the 2021 virtual camp is open on The Naming Project’s website.

And look for more as we navigate our way out of the pandemic.

“We kept hearing from adults, ‘I wish I had this experience when I was a kid,’” said Murray. “That inspired us to create an adult camp. Unfortunately, COVID wiped out those plans, but we hope to be able to launch it again in a future year, once we’ve stabilized again.”

Leadership from The Naming Project wrote a book based on what they have learned from camp. Made, Known, Loved: Developing LGBTQ-Inclusive Youth Ministry, came out in April 2021 and according to Murray, “helps other pastors, youth ministers, camp directors, and others who work with LGBTQ youth think through how to be faithful and effective.”

Donations to The Naming Project help them reach more youth. “Mostly our donations come from individuals or congregations,” Murray said. “We work hard to keep camp accessible, so our registration cost is very low. We also never want a camper to not come for financial reasons, so we will provide scholarships and even ‘travelships’ to help them attend.”

To make a donation, head to www.thenamingproject.org.