Rethinking Retirement Through Re-Entering The Workforce 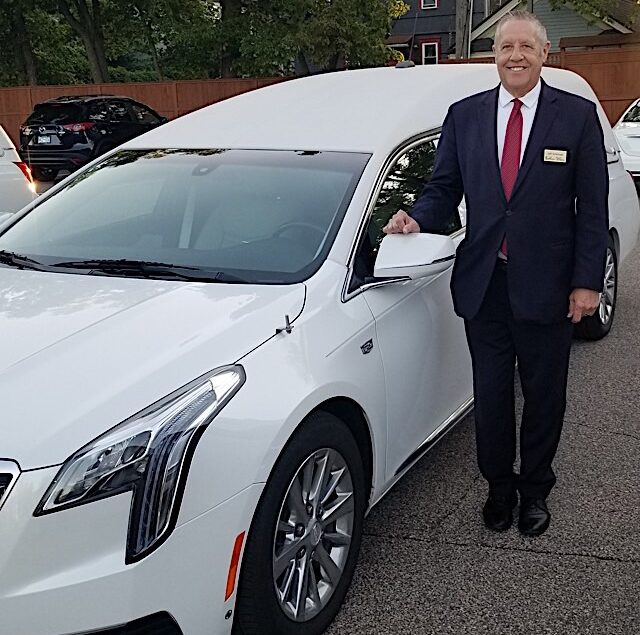 Similar to an increasing number of Americans, local community member Jeff Schloegel emerged from retirement to reenter the workforce. Jeff retired in June 2017 from FedEx sales support around age 65, then found a new job at Washburn-McReavy Funeral Homes two years later. He had to go back to work after going through HSI savings on his beloved hobbies.

He first learned about the role when some friends moved from South Dakota to Minneapolis and one of them got a job at Washburn-McReavy. Since these friends were brand new to the Twin Cities, Schloegel and his husband Gale Dekker took them under their wing to show them around as they became acclimated to work and life. Jeff originally declined the idea of the job as he was not interested in the idea of working at a funeral home.

Since he was often home alone all day while his husband and most of his friends were still working full time, Schloegel began to question, “What am I doing with my life other than vacuuming the house for about the 10th time?” The biggest trigger to find something to keep himself busy was the big snowstorm in April 2018 when he found himself “vacuuming for the millionth time.” It was then he decided that he needed to find something to keep himself occupied, with an idea of part time work.

Schloegel is a dynamo, full of energy at age 69 after working in the trucking industry for about 46 years, mostly for LTL freight companies. “I was enjoying my retirement from the trucking industry immensely. I think what it reminded me a lot of was those first few days when you got out of school and looked forward to summer. I really enjoyed having the whole summer into the fall to leisurely get some retirement projects done that needed to get done in our home. I very much enjoyed my time away from the grind I had to put up with for those 46 some years.”

In addition to keeping busy with home projects, Schloegel is a board member of the Great Northern Region of the Lambda Car Club International. His classic old cars can become a bit of an expense like children or pets. When he noticed that he was dipping into savings more than anticipated to work on his hobbies and finish home projects, he first thought about going back into the workforce. He noted that many of the warnings about retirement like the risk of savings not going as far as previously thought can easily become true even with diligent planning. When asked about his take on the challenge of ensuring other income, securing pensions or other retirement funds, or making sure the house is paid for, Schloegel said that he and Dekker did some pre-retirement planning partly due to a 13 year age gap. They made certain that all debts were paid off.

When Schloegel opened up to the idea of working for Washburn-McReavy, the funeral director said he was perfect for the job and exactly what they were looking for. He started in January 2019. Schloegel remarked that it was one of the best moves he made from retirement into a new chapter of life. He stated that his job is a very rewarding privilege to help families at a time of need and assist the funeral director during services. Schloegel describes himself as the kind of person who can’t just sit. Despite enjoying the retirement life of sitting back and putting your feet up on the couch to relax, he noted the benefits or even necessity of continuing to be active and feeling a sense of purpose. Although, a sense of purpose can also be found in taking care of cars, family, children, or pets.

Schloegel loves how his job keeps his mind occupied and he finds a health benefit to being out with people every day, even with the fact that he gets up at 5:30 each morning for work. He appreciated interacting with people of all ages at his job, particularly the significant amount of young gay funeral directors there. Schloegel emphasized the importance of making connections with people of all ages to learn from each other and get their perspectives on life. From a practical perspective, he finds that being in contact with younger people teaches him about computers, tools like Excel, and newer forms of communication. He finds it “easier to stay in touch with what is going on in the world and keep one’s youth going.”