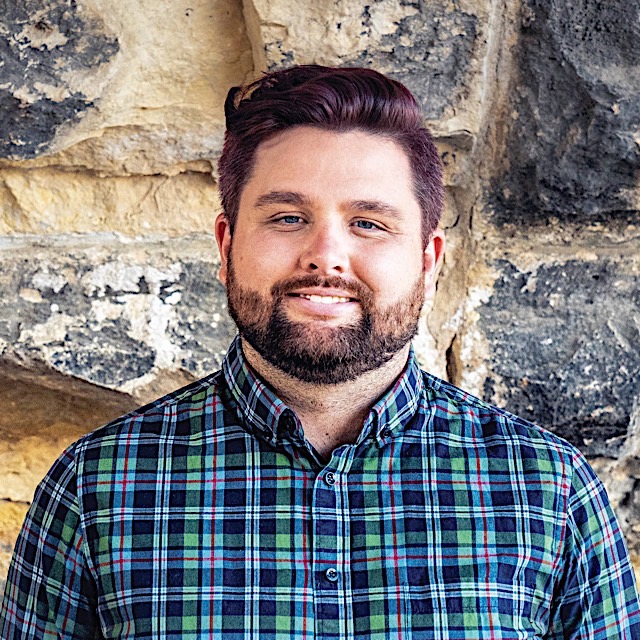 If you grew up queer in a small town, or remained in the closet for a while, there’s a good chance that at some point you felt isolated or alone. Do you remember the first time you found your people? Those individuals or an LGBTQ+ establishment that would eventually blossom into your community and make you feel seen?

Well, the Philanthrofund Foundation has developed a pilot program called “PRISM” designed to help connect and build a community of LGBTQ organizations across the rural Midwest on a much grander scale.

For those unfamiliar with Philanthrofund or “PFund,” the Minneapolis nonprofit organization originated in 1987 when four gay friends pooled their own money starting an endowment fund for gay and lesbian people suffering through the AIDs epidemic. The LGBTQ foundation has since evolved to serve organizations and communities in Minnesota, North Dakota, South Dakota, Iowa, Wisconsin, and The First Nations therein.

PFund Executive Director Aaron Zimmerman explains his excitement surrounding the new PRISM program and how it will bring smaller, largely disparate LGBTQ organizations together to share ideas, take classes, and be given funding for their projects to boot.

“That unique subset which we call the upper Midwest, is a really unique region in that funding is difficult,” Zimmerman explains. “The Twin Cities are a really vibrant philanthropic community but through research we believe that only one-fourth of 1 percent of all the philanthropic dollars that are given out in the region make it to queer communities.”

Armed with this information, the foundation utilizes its resources to give support in three different ways. The first is by investing in LGBTQ leaders directly. The second is by investing at an organizational level through grants. The third is by investing in the community as a whole through event sponsorships, conferences, or Pride festivals, to name a few.

“We’re also thinking long term about where LGBTQ community wealth is; where is it placed and where is the bedrock of our future work and that’s through our endowment,” he explains. “It’s just this infusion of resources so, money, like at every level.”

That’s where PRISM or, ‘Providing Rural Interconnections for Sexual Minorities,’ comes in.

“Sexual minorities is not the typical language we use all the time, but it’s fun because it makes the word prism, which when you put light through a prism it comes out as a rainbow,” Zimmerman adds cheerfully.

The idea for PRISM was sparked by the PFund team’s response to the needs in the queer community when the lockdowns began occurring during the COVID-19 pandemic. They simply wanted to get ‘money out the door’ and emergency resources to individuals, families, small businesses, and nonprofits across the region.

What they learned from this process was that the greatest need and calls for aid were coming from rural areas such as Monticello, Superior or other relatively small communities. By pooling various resources and partnering with the Northwest Area Foundation, which seeks to ‘support efforts by the people, organizations and communities…to reduce poverty, and achieve sustainable prosperity,’ they came up with the money for PRISM. To qualify for the grant the organizations must serve communities with populations of 50,000 or fewer.

Zimmerman adds that while they encourage the grant recipients to share how they plan to use the funds, the organizations know how best to utilize the money for their specific needs. Part of the PRISM program stipulates that 10 percent of the grant go to the CEO, executive director or other leader or decision maker in the organization that will become a part of the ‘PRISM Alliance.’ This is a three-part piece of the program that then recruits each leader to join the other grantees for a twelve-month cohort.

There were 24 applicants this year, each one aiding the LGBTQ population in unique and diverse ways. An estimated 15-20 organizations will be chosen for PRISM funding and then leaders will join up in regular Zoom calls to network, bounce ideas off one another and accomplish shared goals.

“I think [the networking] is going to be the part that people will be most excited about because having been in groups with other queer people we just do better when we’re all together,” he said. “That’s why a big tactic of homophobic or Transphobic people is to keep us separate. They’re most afraid of us when we’re together and it’s so central to the idea of this particular fund to reduce isolation.”

The next part of the alliance is designed around four nonprofit “101” basics classes: leadership development, organizational development, building a ‘why’ statement, and fundraising support.

The last segment allows cohort members to choose educational topics and provides funding for opportunities that are most important to them.

“What’s important to me in Minneapolis as an organizational leader is definitely not going to be the same as somebody in another community,” Zimmerman says. Classes could include anything from strategic planning to self-care or sustainability support. All the trainers and consultants for sessions are LGBTQ identified so they’re “keeping it in house, which is so cool,” he mentions.

This year’s grant window closed in August and the first projected PRISM Alliance meeting will be planned for November. Zimmerman also notes that while many donors are from the Twin Cities area where PFund originated, donors come from all over the region to support the communities they feel close to. So that LGBTQ folks living particularly in rural communities can, “decide whether or not they want to live in the rural community; they don’t have to make the choice about safety, they can make it based on where they want to live and be out and thriving,” he says. More information about PFund and the PRISM Fund can be found on their website at www.pfundfoundation.org.