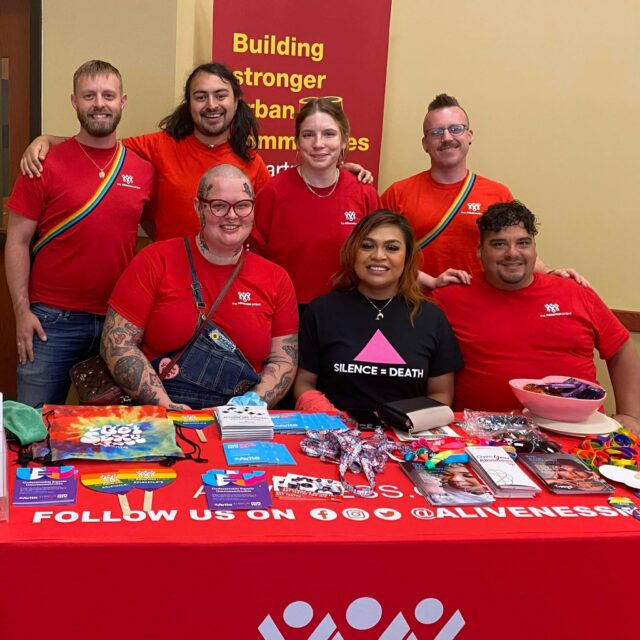 The Non-Profit Award for Service to the HIV/AIDS Community

Minnesota’s first free PrEP clinic, THRIVE,  was opened in September of 2021 by the Aliveness project in Minneapolis. We are awarding them with The Non-profit Award for their services to the HIV/AIDS Community of Minnesota.

Aliveness is expanding its services to meet the essential needs of the regional LGBTQ+ community through the THRIVE clinic. The team at Aliveness offers free and full access to  PrEP. Since opening, they have launched a rapid rehousing program, offered broader mental health services, and expanded harm reduction services through their mobile clinic.

Matt Hoppe, Director of Clinical Services, says, “Expanded free access to PrEP medication and lab costs is a vital component in breaking down barriers to care and bringing us one step closer to ending the HIV epidemic.” Clinical services include confidential testing, counseling services, and PrEP prescriptions for individuals at high-risk for exposure to HIV.

Since becoming part of the project, Boyer says that he has felt an “overwhelming sense of belonging” and says, “It has been such a privilege to represent the Aliveness community through events like Dining Out For Life, Red Ribbon. Ride, and the Red Undie Run.”

The project has been an inspiration for Dylan “I have had the opportunity to listen to the stories of people who have been living with HIV/AIDS since the early days of the AIDS epidemic. I carry those stories and memories as inspiration to live my life to the fullest. My hope is that by being a visible, openly queer, and HIV positive person, I can inspire folxs to let go of the shame and stigma they feel about their status or sexuality.”

Speaking for the project, Dylan tells us that “Aliveness is honored to receive the Lavender [Magazine Community] Award, and we want to thank the community for supporting our work for nearly 40 years. Together we can end HIV in Minnesota.”

For anyone in need of mental health services, HIV testing, or PrEP, please call (612) 822-7946 or email [email protected] to schedule an appointment.

We congratulate The Aliveness Project for being named to this year’s Lavender Magazine Community Awards in the Non-Profit category.