Innovation From Within: 3M Pride 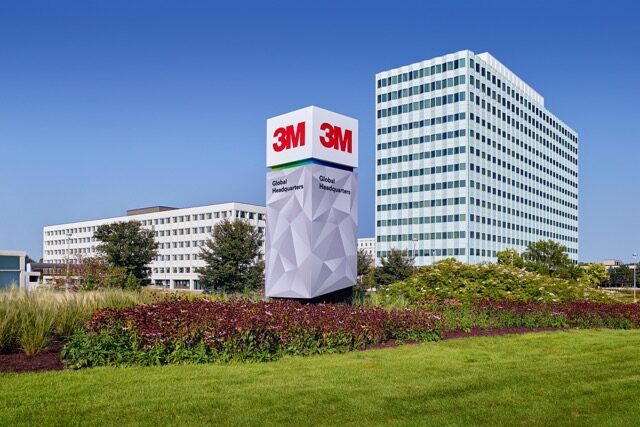 What is the first thing that comes to mind when you drive by the 3M corporate headquarters along Interstate 94 in Maplewood? Scotch tape? Post-it Notes? Maybe a film coating protecting your vehicle?

Since 1902, 3M has been a cornerstone of Minnesota’s business community. Today, it is diversified corporation providing goods and services to a vast array of consumers. From its early mining operations to today’s wide portfolio of consumer and commercial products, 3M’s presence in our community continues to embody the strength of a company that has always been here for 120 years.

However, it was not until 1991 when 3M Pride (at the time, “3M EAGLES”) was recognized as one of the company’s Employee Resource Networks. LGBTQ+ employees have always been with this cornerstone company from its Maplewood headquarters to its facilities across the state and around the world.

Stephen Buchanan, Marketing and Business Development Strategist at 3M and the Chair of 3M Pride’s Community Outreach Pillar, said that the LGBTQ+ ERN began as “an informal network of LGBTQ+ employees who primarily met off campus.”

Shane Rose, a Global Product Content Lead and Chair for the Pride Here pillar, further added that a group for LGBTQ+ 3M employees “wasn’t being disclosed. People were meeting in secret and weren’t able to disclose their true identity. It was hard to find people from what I’ve heard, who were within the community. It was very challenging and many benefits were not available for people who were in same-sex partnerships”

Once 3M EAGLES became established, LGBTQ+ employees were being recognized with key benefits and policies that made working at the company even better. According to Buchanan, the ERN in 1992, “advocated successfully for sexual orientation to be included in 3M’s harassment and EEO policies.” They became one of the first companies to implement such policies in American business.

From there, 3M EAGLES and, later 3M Pride, led the way to ensure that their LGBTQ+ employees get the proper protections and benefits while working for the company. According to Buchannan, “in 2006, we successfully lobbied for 3M to offer full-time employees domestic partner benefits for the first time. In 2008, we got gender identity added to the anti-harassment policies just how we got sexual orientation added after the group was founded.”

“We have also…convinced the company to update our health plans,” Buchanan explained, “to be more inclusive of trans health coverage. So those are just some examples. I mean, we really have made material changes to policies and plans that affect our employees at a very day-to-day level. In 2016, we successfully managed to get 3M to update parental leave to include same sex couples. So that’s just a glimpse into some of the changes that 3M Pride has driven at the company.”

It also serves as a reminder that the ERN is not just found at 3M’s Maplewood headquarters campus. “We do have an even more diverse workforce in our manufacturing plants and employees distributed throughout the world,” Rose explains. “We have a dedicated pillar within 3M Pride called Out There, which focuses on including those who might be in manufacturing sites or plants. Those individuals tend to be in more rural areas that may not be as socially progressive as the Twin Cities or other large metro areas. There is still room for improvement in some the more rural areas where we have those plants. We are prioritizing increased manufacturing involvement as a part of 3M Pride’s 2022 goals.”

It is also worth noting that the global 2023 chair-elect of 3M Pride is located in the United Kingdom. This exemplifies how global this ERN has become over the years.

Because of its global reach, the challenge of the COVID-19 Pandemic became an opportunity for 3M Pride to reach out to their members. “Prior to [the Pandemic],” Rose explained, “the pillar that I lead was focused pretty heavily on events local to the Twin Cities [and the] 3M campus here in St. Paul. However, in the last two years, it’s taken on a completely different scope, including those in our global community. Ultimately, 3M Pride provides a space globally for us to come together as a community and advocate for the people within our community in a unified way that helps drive significant change at the corporate level.”

“[I]t also provides the opportunity for us to host events like listening sessions around issues that might be coming up that affect members of our community,” said Rose. “It allows us to have a unified voice when we go to human resources and say, this is something that’s affecting our community, or this is something that might increase our competitive edge when it comes to retaining and gaining top level talent.” These efforts have been enabled by emergent technology to better reach members across the company worldwide.

And, yet, 3M Pride does so much more beyond its campuses and facilities worldwide. “We are all about outreach from 3M to our community,” Buchanan explains. “We are working with the local community to give back some of our resources, time, and expertise to organizations that can benefit.”

“We work around the calendar year to partner with those organizations,” explained Buchanan. “With the changes that [the Pandemic] has brought and more events being conducted virtually, I am now thinking of how we can make our community outreach work more inclusive and more global in nature.”

3M Pride’s most visible component can be found during Twin Cities Pride weekend. For years, the creative forces at 3M always delivered on something memorable parading down Hennepin Avenue in years past. One year, the 3M contingent put Post-It Notes all over a Toyota Corolla. Another year demonstrated 3M’s vehicle wrap technology on an Acura MDX.

The fact that we remember these moments are glimpse at the work 3M Pride has done within one of our largest corporate citizens in this state.