From the Editor: Lots of Jobs 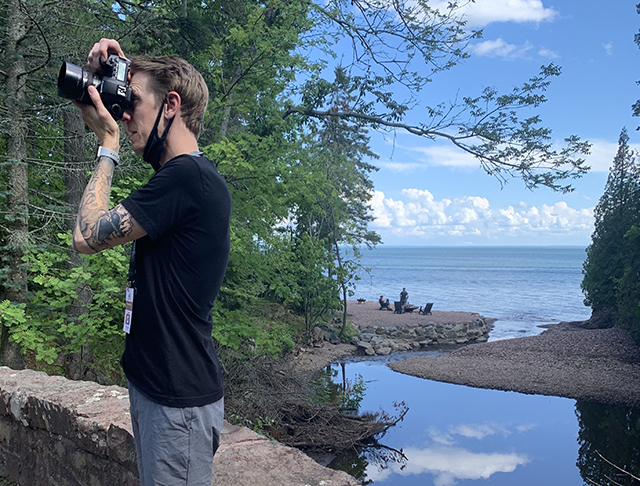 As a teenager, I couldn’t wait to be employed. I didn’t know what kind of work I wanted to do; I had zero marketable skills. I just wanted to ride the paycheck train.

I presented the 14-year-old version of myself to the local amusement park, and they were good enough to hire me. I spent two summers slinging French fries in a tiny shack. Then things got interesting.

I rode the register at a deli and stocked shelves at Menard’s during a pre-dawn shift. I graduated to the “wall coverings” department, where I mixed paint for contractors before the store was open to the public. It was painful to wake up, and I got to work in my mom’s minivan—but we got that paint mixed.

The aforementioned roles were short-lived. Three to six months on the job was enough, and I’d move on. The first role I stuck with for more than a year was with Circuit City. I learned about the open position through a classmate—and it sounded perfect: warehouse work, discounts on things I’d actually buy, and a slightly bigger paycheck. A few months into my warehouse career I talked my boss into hiring my best friend. That move cemented this position as the greatest high school job anyone has ever had.

Towards the end of high school, I landed a job editing photos for a local photographer. The photographer had just converted his studio from film to digital and needed someone proficient in Photoshop. He took a chance on a high school kid and I am grateful to him to this day. I became confident as an artist in that studio. Rick, the photographer, would take me on shoots from time to time. On one occasion, he let me snap a few shots of the client—who then bought said shots. Transformative stuff.

The years that followed saw me bounce from city to city, job to job. Best Buy in Duluth, a country club in the suburbs, an inventory specialist downtown Minneapolis, and a bike mechanic and assisted living aid uptown. I worked at H&M and The Gap on the Third Street Promenade in Santa Monica, and did odd jobs on the Venice boardwalk, to name a few.

It took those positions, and a number of positions I didn’t mention, to realize that one of life’s greatest luxuries would be a livelihood earned off of passion. I went to work charting my educational path so I could be properly credentialed when the time came. I worked three jobs as a full-time student (and single parent), and I chipped away at my plan.

In school, I took multiple internships and was hired onto my college’s news services department. I was the business manager of my school’s newspaper and I was able to get some work published before graduating. I signed with an agency and worked copywriting and copy editing contracts until I was able to land work on my own. That brings us closer to today.

I wish I could say that I never looked back, but I did, and I do still. My early work history is paved with directionless roles and short-term decision making. But it was also an education. I met all types of people and worked in all types of environments—and I took it all in. My work history has served as an education that has proved priceless as I move through my chosen career. And I can do spot-on impressions of 30 people i’ll probably never run into again.

You know what you love and what you’re passionate about better than anyone else does. The hurdles that stand between you and your dream career are surmountable and worthwhile. Chip away.