From A to Zee: Emancipation 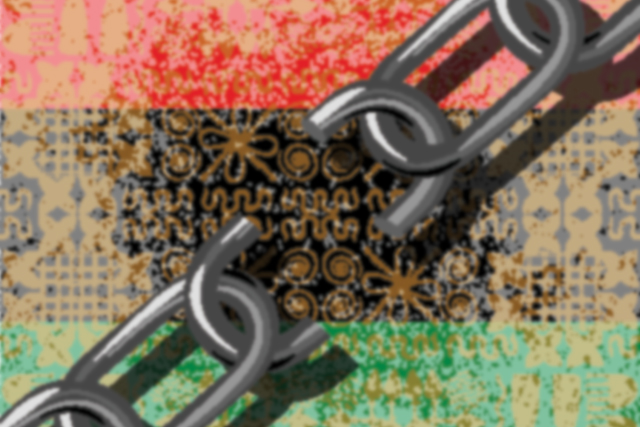 “the emancipation of feminist ideas”

“the early struggle for emancipation from slavery”

Another June is upon us. While the rainbow flags begin to unfurl across the country and Pride gatherings get penciled onto calendars I’d be remised to not think about where we were just a year ago. We were four months into a global pandemic. In the United States we had 2,177,888 total positive COVID-19 test results accompanied by 112,172 total U.S. COVID-19 deaths. We were a few weeks into the summer of civil unrest that was sparked by the murder of George Floyd under the knee of a Minneapolis police officer. Here in the Twin Cities, by early June 2020 there had been nearly 604 arrests, and upwards of $500 million in damage to approximately 1,500 properties. These figures made this the second-most destructive period of civil unrest in United States history after the Los Angeles riots of 1992 (interesting I lived through both of these).

Well before Pride came Juneteenth, aka Freedom Day. Although the Emancipation Proclamation formally freed slaves who resided in states in rebellion the message of this freedom did not reach every corner within the U.S. It wasn’t until June 19, 1865, almost two- and one-half years later, when Union General Gordon Granger announced in Galveston, Texas that all previously enslaved people in Texas were free. This is where the last vestiges of slavery in this country lived and it was only then that the true and full effect of the Emancipation Proclamation was felt by all Black people in the U.S. But was it the full freedom my ancestors had hoped and dreamt of as thousands of them walked off the plantations without a penny in their pockets?

Throughout American history, there are countless examples of justice, rights, and freedoms being denied far after federal laws have passed and Supreme Court decisions have been rendered to guarantee those very freedoms. The agony of the Black Codes followed by Jim Crow laws lingered so long after President Lincoln’s federal order that the Civil Rights Act of 1964 needed to be passed, roughly 100 years later, in order to fortify the rights that should have already been guaranteed under the existing laws. Even though the 15th Amendment to the U.S. Constitution was passed in 1870, adding Black men to the voter rolls, followed by the passage of the 19th Amendment in 1920, adding women to the voter rolls, the subsequent Voting Rights Act of 1965 was needed to reiterate that voting is a fundamental right of all Americans, including those who happen to be Black. Yet still my community is still fighting for that right to vote in 2021 where 361 voter suppression bills have already been introduced this year. Finally, the United States Supreme Court ruled that Title VII of the Civil Rights Act of 1964, which prohibits discrimination “because of sex,” includes LGBTQ employees. Many legal scholars are reading this decision broadly to apply to all laws that prohibit discrimination “because of sex”. Yet, there have been at least 82 anti-trans bills among 158 total anti-LGBTQ+ billsintroduced in state legislatures over the past year.

The constant assault upon these fundamental rights along with the forthcoming commemoration of Juneteenth drew me back to the official definition of the word emancipation. Emancipation defined: The fact or process of being set free from legal, social, or political restrictions; liberation. This definition is expansive enough to entail going far beyond the freeing of a people held in bondage. It demands an equal application of the law, being liberated for societal constrictions, and not a politics that grants further access than the generation before.

For those who have been following my column, you know there are many facets to my identity but there are two that seem to be the most at odds with the broader society: my race and sexual orientation.

Do I feel free from legal, social, or political restrictions as it relates to my Blackness? No. It is no accident that 86% of U.S. attorneys are White while only 5% are Black. My profession, as an attorney, has a cookie cutter mold one must fit into in order to be successful. If you don’t “look the part” you don’t get the job and it’s just that simple. It is not an anomaly that Black people are 5 time more  likely to be arrested and 5.9 likely to be incarcerated than Whites. Criminal records prevent some from securing work, government benefits, and even the right to vote. In addition, it’s not a fluke that Minnesota’s homeownership gap between Blacks and Whites is one of the worst in the nation.  It’s this lack of generational wealth that prohibits some families from being able to cosign on a loan for their kids to get their first car or get a student loan due to a lack of collateral.  Even with the heightened awareness that was brought about after last summer’s Black Lives Matter (BLM)  global protests pushing back against systemic racism, racial disparities, and the silence of the majority… they still exist today and impact my life in ways that I will outline and detail in a forthcoming book.

Do I feel free from legal, social, or political restrictions as it relates to my queerness? Marginally. I’m privileged in the fact that I am currently self-employed. However, if an amazing opportunity opened up for me to take on a corporate in-house counsel position in states like Alabama, Wyoming, or Montana I’d be putting myself and my family risk. For these stares and many others allow such things as permitting religious agencies to deny placing an adopted child in LGBTQ families, restricts inclusion of LGBTQ topics in schools, allow conversion therapy, authorize the use of the gay/transgender panic defense, and have no nondiscrimination protections based on gender identity for employment, housing, public accommodations, education, foster care, insurance, credit, or in jury selection. If we were to expand our family to include children, and that child happened to identify as transgender, we’d have to deal with the challenge of state laws restricting or outright prohibiting their ability to participate in sports that correspond with their gender identity. Where is the freedom in only feeling welcomed or safe to live in only certain states? Even with the United States Supreme Court June 26, 2015, ruling striking down all state bans on same-sex marriage, thus legalizing it in all fifty states, that decision could easily be reversed by the current composition of the Supreme Court. Without the passage of the Equality Act, there will still be many rights that just are not available to every LGBTQ+ person in this country. But ever if such a law were to pass, history has shown us that there is a high likelihood that there would be a continued chipping away at those rights such that another law decades later would need to be passed to bolster, yet again, what was intended by our federal legislators.

Sometimes it’s hard continuing to fight, struggle, and slough toward progress. I am sure that in the early 1800 there were many who did not believe slavery would end, that Blacks would secure the right to vote, or that we’d elect a Black President. However, these things happened not because of the naysayers but because of the hopes, labor, and commitment of the dreamers. Never forget to dream…