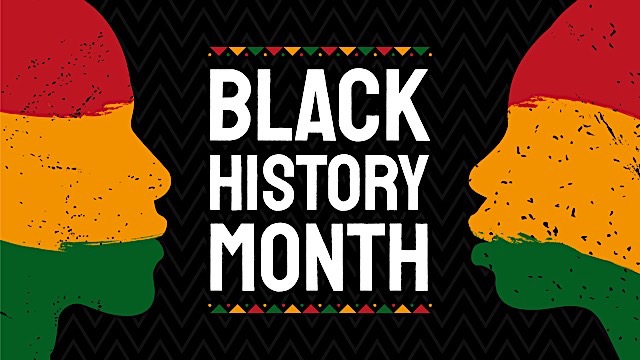 For the first time in my lifetime, I feel the Black community has received more bad news this Black History Month than good news. Hear me out…

More than 20 Historically Black Colleges & Universities (HBCUs) received bomb threats at the start of Black History Month. As the month rolled along those bomb threats kept rolling in — including a threat to Howard University on Valentine’s Day. This was a hard and painful reminder of the past when on September 15, 1963, the 16th Street Baptist Church in Birmingham, Alabama, was bombed by Klu Klux Klan (KKK) members, killing four young girls and injuring 20 other people. Say their names: Addie Mae Collins, Cynthia Wesley, and Carole Robertson (all age 14), and Denise McNair (age 11). Message to the community: You are still not welcome here and we will make sure you remember that!

Former Brooklyn Center Officer Kim Potter was sentenced for the killing of Black motorist Daunte Wright. The Minnesota sentencing guidelines for a first-degree manslaughter charge/conviction carries a maximum sentence of 15 years in prison and/or a $30,000 fine and a presumptive sentence of six to eight-and-a-half years. The judge cited the difficult job that police face and the remorse Potter exhibited as justification for giving Potter such a light sentence. She received only a two-years prison sentence. The message to the community: The tears of a White police officer trumps the tears of the grieving mother, father, and family of a slain young Black man.

The Florida HB 7 bill passed the state house by a vote of 74 to 41. This bill would implement Governor Ron DeSantis’s “Stop WOKE” initiative which is tasked with stopping the teaching of critical race theory in K-12 schools (which isn’t happening anyway). The bill would provide parents and employees a mechanism to bring legal action if subjected to so-called “woke” ideology, often referring to conversations about race or sexism.

Republicans who favor the bill argued that children should be taught history however they should not be made to feel guilt, embarrassment, or ashamed because of an act that they did not commit. I find it interesting that Republicans assume these White students, when looking at historical wrongs, would take the same of the oppressors as opposed to the side of those being opposed. Message to the community: Our feelings are more important than the tangible effects systemic racism has had on your lives.

Although the three White men who killed Ahmaud Arbery were found guilty on all counts in their recent federal hate crimes trial it was not without controversy. Family members of Arbery had to beg and plead that the judge reject the plead deal prosecutors were pushing for which would have allowed the McMichaels to serve time in federal prison, which is generally regarded as having both better and safer conditions as compared to state prisons. Let’s not forget, had it not been for the continued and sustain protests, pressure, and public outcry from the broader community the original state criminal charges would never have been brought forward. Message to the community: Your lives aren’t as valued, and your voice isn’t as important if it’s not partnered with that of a White ally.

But of course, there was good news for the Black community this Black History Month. President Biden formally announced the nomination of Judge Ketanji Brown Jackson to the United States Supreme Court, setting in motion a historic confirmation of the first Black woman on the highest court in the land.

In a landmark decision, a Minnesota federal jury found the three former Minneapolis police officers involved in the murder of George Floyd guilty of depriving him of his civil rights when they helped with the restraint that led to his death. Specifically, the jury found the officers, collectively, deprived Floyd of his right to medical care, and failed to intervene as the senior officer knelt on Floyd’s neck.

Black history was also made at the 2022 Winter Olympics, where Erin Jackson became the first Black woman to win a solo medal in speed skating in the 500m event. Olympian Elana Meyers Taylor made history by winning silver in the first ever women’s monobob event.

Niecy Nash and her wife, singer Jessica Betts, made Black herstory when the couple were the first same-sex couple featured on the cover of the Essence magazine. Note: For those not in the know, Essence is a staple within the Black community and is in virtually every Black home.

You my think that based on this short list provided here that the scales seem pretty even. Well progress can only happen when you are not simultaneously taking steps back.  Ever since the Voting Rights Act of 1965 was signed into law, due to the advocacy of Dr. Martin Luther King Jr. and countless other civil rights activists, the Republican party has been chipping away at the right to vote. It was recently reported that Yolanda Renee King, the only granddaughter of Dr. Martin Luther King Jr. and Coretta Scott King who is now 13 years old, has less access to vote than when her grandfather did. Yet, once Judge Ketanji Brown Jackson’s nomination was reported the U.S. Senate seems to have forgotten about this important legal issue that disproportionately impacts all People of Color (POC) and will have a direct effect on the outcome of the forthcoming midterm election.

Every parent, community, generation wants those following in their footsteps to have a more open, accepting, and prosperous society. When Yolanda Renee King has less access to vote than her grandfather Rev. Dr. Martin Luther King Jr. we need to start doubling up on progress in order to just tread water.