Exploring the Land of the Banned 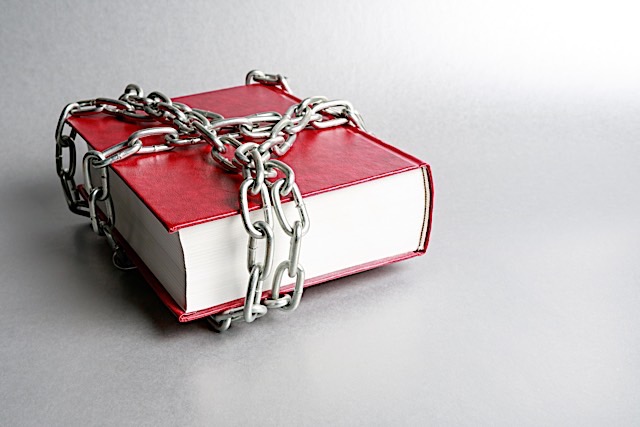 Book banning precedes our First Amendment by more than a century. In 1634, pre- Massachusetts Plymouth Colony, Thomas Morton critiqued the group in his three- volume New English Canaan or New Canaan. Not amused, Puritan Governor William Bradford banned the book, banished Morton, and later, upon Morton’s ill-considered return, put him on trial and imprisoned him for sedition.

Today, as happens at irregular intervals in America, a tsunami of book banning is breaking o’er the land, particularly focusing on Young Adult literature and school libraries. It’s impossible to list all the disputed books, though easily Googled through the American Library Association or PEN America. The three discussed here have made most top most lists although two are non-fiction memoirs, the other fiction based on the author’s personal experience.

Jonathan Evison’s novel, Lawn Boy has drawn outraged accusations ranging from the misleading to simply wrong. One Denver Mom demanded, “Who normalizes sex between fourth graders?” Her implication was that Evison’s book was intended for fourth graders, which it is not. The incident in question is recalled by Evison’s narrator Mike Muñoz, now twenty-two, remembering an incident between himself and another fourth- grader in the woods on a church outing. There is no adult-child sexual interaction as another accused, no pedophilia.

There is rough language, There are some sex scenes. But: Mike, like author Evison, comes from a poor family – his father skipped long ago – he lives in a shack behind his mom’s and her live-in boyfriend’s trailer, scrapes by on odd jobs. Life is tough, but he really likes, and has a talent for yard work. He wants to start his own business, but discovers just how many hurdles someone without funding or family backing must clear to attain that dream.

Where another Mom flipped pages to tally the “s***s” and “f***s,” a reading of Lawn Boy reveals a 21st-century, four-letter-word-filled Horatio Alger bildungsroman.

Withholding knowledge is not necessarily a protective action, and has been used throughout history to wield power; over the conquered, over “lesser” citizens, over women, over children. Today’s banning spate clearly targets LGBTQ subjects, any sex, and issues of race.

According to a July 31 New York Times article a Texas representative compiled a list of some 850 books concerning “sexuality, racism, and American history” he felt inappropriate for schools.

The American Library Association tracked 729 book challenges in 2021, while PEN America (a nonprofit defending and celebrating free expression through advancement of literature and human rights) reported 1586 schoolbook bans through 26 states during nine months in 2021-2022; both lists included the books discussed here.

George M. Johnson’s widely-banned YA book All Boys Aren’t Blue, is a memoir, presented through essays, chronicling his pains and pleasures encountered growing up queer and Black in Plainfield, NJ. Johnson’s language, like that of Evison’s Mike Muñoz, can be raw and in-your-face, but these are his experiences, the language of his peers, and are critical to honestly tell his story; what it took to become the person he is today. There is no question that Johnson’s odyssey was not written for fourth-graders, but like Evison and Kobabe, he shares painful episodes that forged his several identities from an early age, starting at five, when he was first bullied and had his teeth kicked out …

Cherry-pickers here, as in Lawn Boy could enumerate the exact number of swear words, moments of intimacy, weed consumption, and other activities objectionable to the cherry-picker, oblivious to Johnson’s themes of deep love of family, his struggles to find equilibrium at the intersection of gayness and Blackness, and the brotherhood finally achieved while a student in Virginia at one of the oldest Historically Black Colleges and Universities (HBCU) in the South. He first studied, then fell into depression and confusion, then finally sought and was accepted into the Gamma chapter of Alpha Phi Alpha, one of the nine Black Greek Letter organizations (historically, Blacks couldn’t enter white Greek fraternities). Structure, fellowship, and purpose saved him from his deep, weed-infused depression. Today Johnson has written widely on race, gender, sex and culture for Advocate, Essence, Teen Vogue, among other national publications.

Lacking words to describe the non-binary, Kobabe’s comic book format nevertheless effectively maps the author’s odyssey. It suggests answers about bodies, relationships– the very human “Who am I?” that doubtless plagued now-adults in their youth. Kobabe’s “characters” are real, not pedophilic phantasmagoria; Kobabe’s sister Phoebe was the book’s colorist, cartoonist Melanie Gilman did author As the Crow Flies, and quotes from Patricia Churchland’s book, Philosophy of the Mind, cite page numbers.

Gender Queer debuted with a modest printing of 5,000 copies, exploding into the most banned book of 2021. In a New York Times interview Kobabe responded, “When you remove these books from the shelf, or you challenge them publicly in a community, what you’re saying to any young person who identified with that narrative is, ‘We don’t want your story here.’”

Is that the silenced future America wants for these young citizens? With the Internet and search engines, movies and TV shows that scatter “s***s” and “f***s” like chaff before wheat, it’s a little late to shut the barn door. Kids are curious, and now, when forbidden, they have the electronic means to search globally. One can ignore, forbid, or share: Read the book in question yourself; they often, as does Lawn Boy, include an essay by the author, a reader’s guide or questions to discuss. Rejoice that your kid is reading at all!