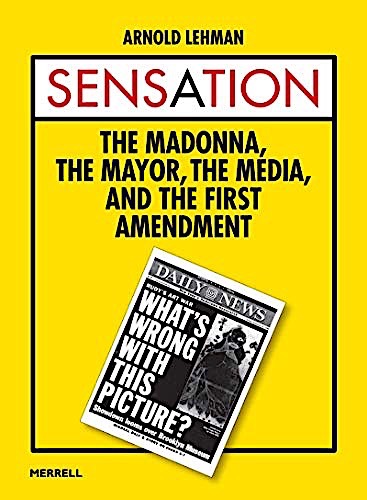 Sensation: The Madonna, the Mayor, the Media, and the First Amendment
Arnold Lehman
Merrell
$35

SENSATION minutely chronicles the uproar (death and bomb threats) over the 1999 opening in the Brooklyn Museum of the Young British Artists from the Saatchi Collection. Written by museum director Arnold Lehman, it took two decades to process the furor that prompted then mayor Rudy Giuliani, enraged by Chris Ofili’s “The Holy Virgin Mary” (that he never saw), to rescind the museum’s municipal funding, and attempt to evict the museum from its landmark location. Not everyone’s cup of tea—Damien Hirst’s “A Thousand Years” involved a cow’s head, an ongoing supply of fly larvae, and bug zapper; “Virgin” came with elephant dung affixed (not “splattered,” not “smeared”). Despite raucous headlines: “The Battle of Brooklyn,” “Rudy’s Dung Deal,” 175,000 flocked to SENSATION, and the museum, funds restored, thrived.

Finding the Mother Tree: Discovering the Wisdom of the Forest
Suzanne Simard
Alfred A. Knopf
$29.95

Simard is a tree-hugger. As were her British Columbian logging ancestors, generations ago. Now, with clear-cutting, any tree not a cash crop is trash. Simard’s early work ignored, after more than three decades of rigorous experiments, peer-reviewed publications, detractors are listening. Simard gives evidence of arboreal communication systems via mycorrhizal webs connecting systems whereby various fungal strains on tree roots communicate, so others may be warned or nourished. Dry read? Hardly. This thread of words is reaching out to alert readers to a compelling science/memoir covering generations of Simards. Humans think “competition” while the forest, fungi—nature in the broadest sense—practice “cooperation.”

A response to, not an attack on, Joseph Campbell’s iconic, monumentally male-centric work, The Hero With a Thousand Faces, wherein Tatar, asks (then explores rigorously), Where are the female heroines? Did Penelope merely drench her sheets for 20 years, or was there more? The “1,001,” she explains, is not to better Campbell, but is a use of the Arabic “1,001” to designate a sum without end, and so, from Homer to Alcott to Disney and Hollywood here are heroines, voices muted, seeking agency over the centuries.