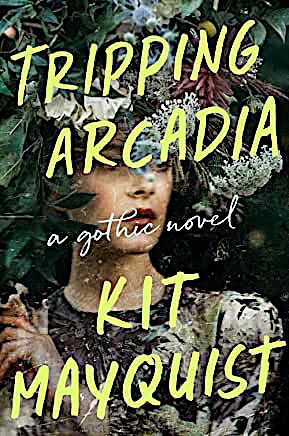 Lena, a med-school dropout, cuts short a two-year Italian idyll working with her botanist aunt, to return to Boston and become breadwinner for her now near-bankrupt parents after her father was somehow simultaneously injured and laid off. Miraculously, she’s hired immediately as “assistant” to the doctor serving the powerful, secretive Verdeau family, that includes Jonathan, sickly, drug-addled heir, and alluring sister, Audrey. On occasion, Lena travels to family chief Martin’s Berkshire chateau, to monitor epic parties of a ruinous, sometimes lethal nature. Parties, she realizes, her parents had once attended; and where her father was injured. Lena calls on her wide knowledge of botanicals gleaned from her Italian aunt. Epic revenge is in order, and Mayquist pulls out all the stops that Lena may provide.

A quiet collection of linked short stories capturing Japanese American life in the early 20th century. Mori observes he daily lives of denizens of the fictional town, celebrating small triumphs, stoically enduring setbacks. Born in Oakland, California, Mori (1910- 1980) Mori was slated to see this book–the first by an Asian American–published in 1941. But the Japanese attack on Pearl Harbor, shattered that dream. He and his family were interned at the Topaz Relocation Center in Utah, where Mori became camp historian. Post-war–too soon,” so Yokohama, California languished until 1949. Reissued in 2015 with an introduction by Xiaojing Zhou, author and professor of English at the University of the Pacific, it includes William Saroyan’s original praise. Yokohama, California is still a timely read.

A letter from an adult son to his mother, its narrative stretches back across oceans and years, before his own birth, to his grandmother who escaped Vietnam with her infant daughter, and chronicles what it took for all, including the narrator “to survive. Of a tormenting bully on a school bus: “He was only nine, but had already mastered the dialect of damaged American fathers.” Raw, intimate, horrifying and tender by turns, the letter encompasses the labyrinth of toxic masculinity, a mother’s (often harsh and violent) love, drugs, sexual identity, always spinning to Vietnam and what was released form that Pandora’s box. There is no escaping what went before and narrator, nicknamed “Little Dog,” sets it all down. No matter that his Ma cannot read.

Like A House on Fire
Lauren McBrayer
G.P. Putnam’s Sons
$26

McBrayer’s debut novel introduces Merit. Edging towards 40–not in a good way– married twelve years to “left-brained” Cory, mother of two (needy) sons. But who is the stranger that stares back from her mirror? Merit returns to her architectural career, employed by Jane, Danish, gorgeous; everything Merit covets. Whatever else she might be, Jane is unabashedly herself. The two become friends as well as co-workers, Merit luxuriating in the knowledge that Jane sees more than fragments of Merit-mom, Merit- dutiful wife–but the whole person. Merit wants more, and, in this mid-life-coming-of-age saga, she gets it. The question now, is what to do with it. The lovely sons, the irritating yet beloved husband, her career, Jane… Witty, empathetic, kind, McBrayer conjures up an unexpected solution.