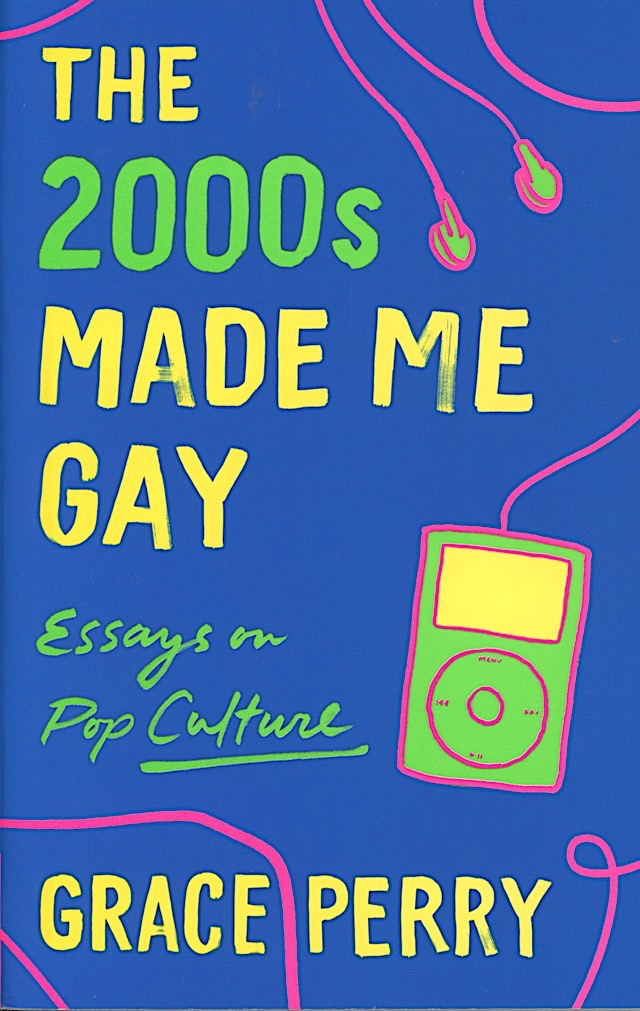 Perry, who came to gaydom growing up through the aughts and its plethora pop culture, wittily and keenly describes her generation’s travels through those unpromised lands to finally craft their own queer selves. Actually, more of a who created whom process; a myriad TV shows radiating veiled hints and suggestions left much to the young viewers’ imaginations, while their crushes and responses influenced writers’ input. Contributor to The New Yorker and Reductress, Perry shows and uncomfortable breadth of knowledge of the plotlines and characters riffing through The L Word, Dawson’s Creek, Glee, Mean Girls, The Disney Channel, and why J.R. Rowling so belatedly outed Dumbledore. While none of these had real LGBTQ+ characters, what the viewers and listeners inferred, shaped a generation. May her words spark conversation. 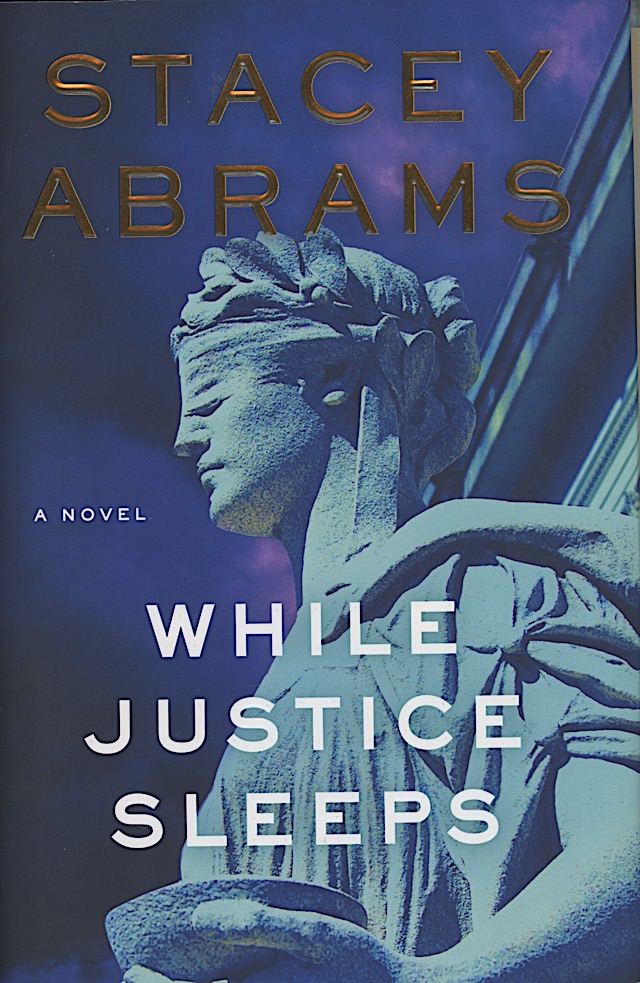 Abrams’s taut thriller centers around Justice Howard Wynn, once a commanding figure who controlled the SCOTUS’s swing vote, who has suddenly slipped into a coma, hospitalized and unresponsive. Immediately, political wrangling erupts, one faction urging his immediate replacement, while Wynn’s law clerk, Avery Keene, is horrified when told she was his appointed legal guardian. Willing or not, she now wields his power of attorney, her decisions potentially affecting the future of the country. Avery’s dogged research reveals Wynn himself had been researching a controversial court case concerning the proposed merger of American biotech and Indian genetics companies. Was Wynn poisoned, or was his coma self-induced? Avery finally realizes Justice Wynn had set her a cunning puzzle: can she solve it in time? A gripping read. 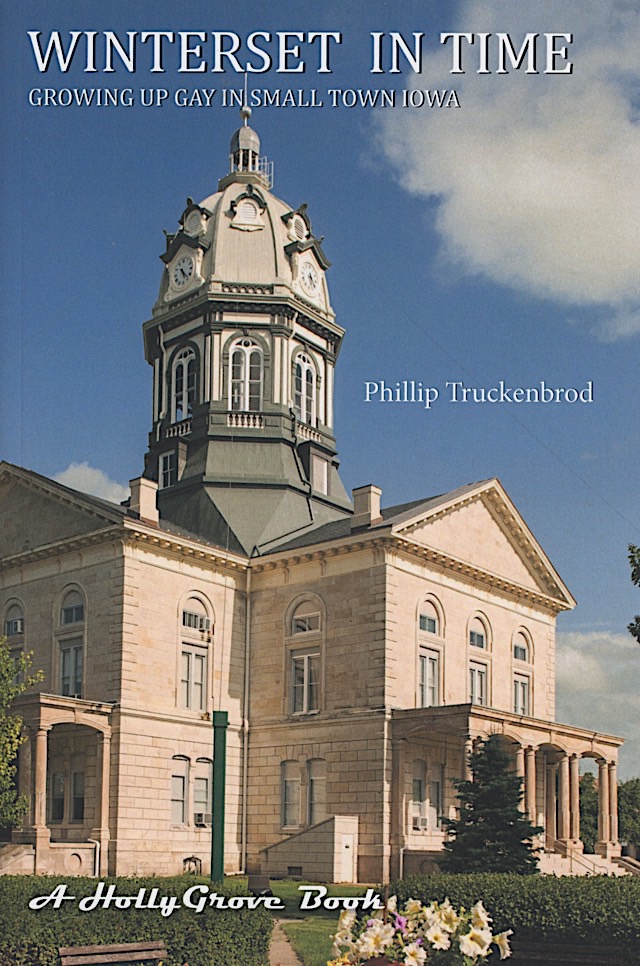 Truckenbrod presents a portrait of a near idyllic small midwestern town in mid-twentieth century. His writing casts a glow around his childhood community and its individual members, yet is seen with a clear eye and a soft, but present irony. Through it all the young boy, a shy church mouse by his own definition, is keenly aware–though not overly disturbed–that he never makes it as “one of the boys,” and is, moreover, one of the “boys who hadn’t figured out how to appreciate girls as much as the script called for.” His younger brother, Richard, the beloved town fire chief for several decades, figured it out, while Phillip found his own partner in a wider realm, bigger city, keeping Winterset in his heart. 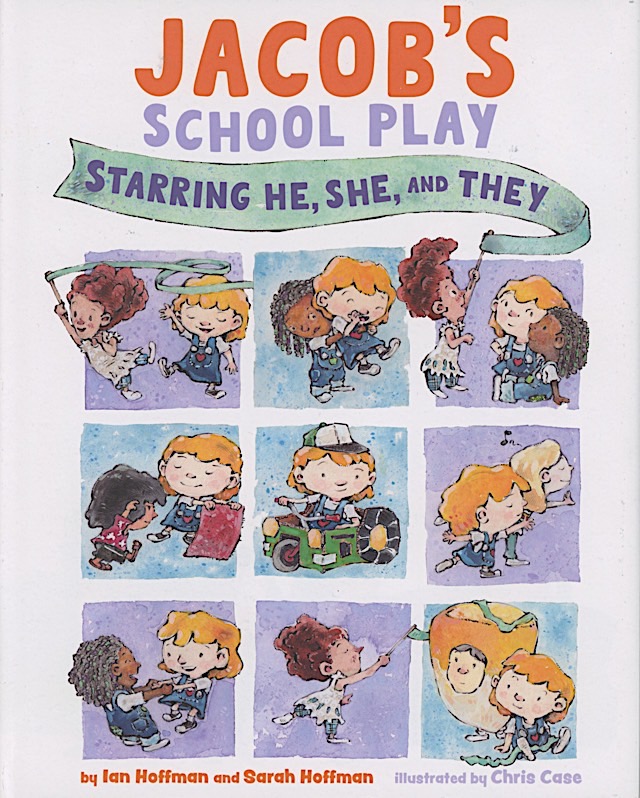 Jacob’s School Play Starring He, She, and They
Ian Hoffman and Sarah Hoffman
Magination Press
$16.99

The third in the Hoffmans’ chronicles of young Jacob who debuted in Jacob’s Room to Choose, followed by Jacob’s New Dress (“one of the American Library Association’s most banned books of the decade.”) Now, as classmates work together putting on a farmyard play, Jacob notices Ari painting swirls. To his question of Ari’s role, Ari replies, “Water,” while to his “Boy or Girl?” Ari informs, “There’s more than just boy and girl.” Ms. Reeves, noticing Jacob’s confusion, sits and explains, “This isn’t about what you wear. This is about what you are inside,” adding, “From the outside, we can’t see who anybody is on the inside. So we have to trust them when they tell us.” A gentle introduction to gender diversity and pronoun options.