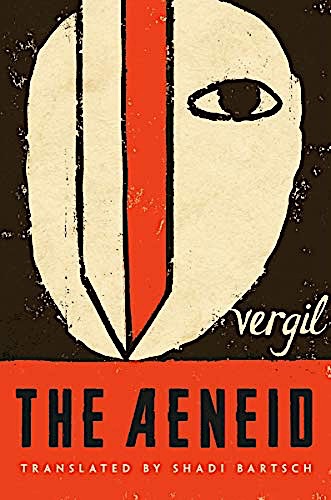 Shadi Bartsch presents an Aeneid resuscitated and brought to life from Latin II. Like Emiy Wilson’s 2017 Odyssey, Bartsch has taken care to hew to the pace of the original, yet giving a line-by-line translation. In Virgil’s day, readers thought Aeneas was a Trojan traitor; Virgil, composing under the Emperor Augustus between 29–19 BC, transformed Aeneas, traitorous refugee to a conquering hero, simultaneously presenting Imperial Rome’s sprawling, consuming empire as a just and noble endeavor, not so far removed from today’s political scene as one might think. Bartsch’s introduction, like her Aeneid, is informative and a good read to boot.

Benny Goldman and Amos Weingold were Damon and Pythias even as kids on the Lower East side. They risked all to achieve their dream, building the Golden Hotel, a Catskill mecca for over half a century. But time conquers all; as now the two families (a cast of 14) gather to discuss its sale. Thirteen, actually: Benny is dead and more fabric than the aging curtains is fraying. Jail looms for one; a grandson’s gay. Had Benny been skimming? Fraught and funny, this nostalgic romp is a hit.

Not new, but a wry, thoughtful read that resonates with Maria Tatar’s book reviewed here. Known particularly for The Handmaid’s Tale, Margaret Atwood gives Penelope’s side of the story of the 20 years husband Odysseus slouched his way home from the ruins of Troy while she, a 15-year-old bride, as well as cousin of feckless Helen, devourer of compliments and men, bore her master’s son, Telemachus, wept, yearned, and at war’s end, began to fend off would-be suitors, those gluttonous, dark-winged raptors stripping the wealth from Odysseus’s land and larders. There is a chorus of 12 hanged slave maidens used as spies to bring her news, of whose deaths Penelope herself was not untainted. More than weep, Penelope gains agency through her weaving, done and undone to keep the swains at bay. What weapons does a housebound heroine have?

Just how far will our love of horror lead us? How far our entanglements in an unreciprocated love? How dead are we to our slights to others while internalizing every real or imagined barb directed at us? Mattson has crafted a page-turner that holds up a mirror—what do you see? Lovesick Thai student Jaidee Charoensuk follows an American high school teacher to Lincoln, Nebraska; Kendra Brown is wrenched from her horror-loving boyfriend to live with her aunt in Lincoln, a lonely black presence in school; till-now successful Leonard Grandton squanders all for love. All end entangled in the full-contact haunted Quigley House, contest, played on puppet-strings by Quigley House horror-master John Forrester.