Beneath the Surface: A Few LGBTQ Unsung Heroes 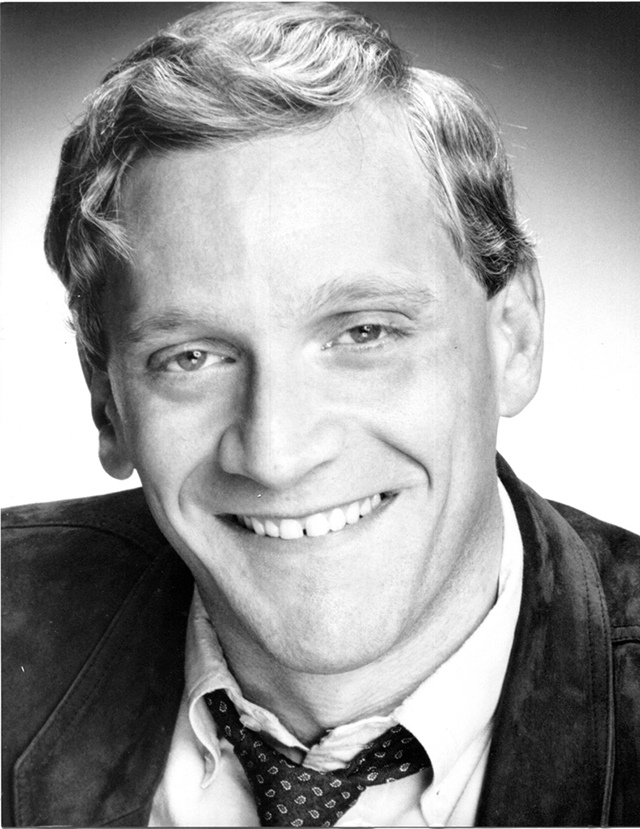 When we think of cultural icons, we think Martin Luther King Jr., Jimi Hendrix, Walt Disney. These are hugely influential household names, and for good reason: their creativity and visions have had enormous impacts on our society, and their legacies continue today. But culture wasn’t formed by a small handful of famous figures; it is created by all of us, trusting ourselves, taking risks, and collaborating in our diversity.

Our culture is largely heteronormative, and this means that many LGBTQ artists and activists have been overlooked; their contributions helped shape our society, yet we often don’t remember their names. Here are three influential LGBTQ people we don’t talk about enough.

In the late 1980s, Disney Studios was struggling. Broadway playwright Howard Ashman and composer Alan Menken were brought in to work on a new production called The Little Mermaid. Ashman knew the formula for a story that would resonate with audiences, and Menken, his longtime collaborator, put it to music. Our heroine, Ariel, is introduced as a beautifully different young woman who doesn’t fit in. She pours her dreams out to us in “Part of Your World” and we feel her longing; her ultimate task is to overcome the villain, Ursula, and she eventually finds her happiness. The Little Mermaid was an enormous box office hit in 1989 and remains a beloved classic today.

This same formula was used again for Beauty and the Beast. The 1991 film was the first animated film to be nominated for Best Picture, and “Beauty and the Beast” earned Menken and Ashman Oscars for Best Original Song. Ashman was also involved in 1992’s Aladdin, penning the lyrics to “Arabian Nights,” “Friend Like Me,” and “Prince Ali,” giving the great Robin Williams the opportunity to dazzle us via his Genie. Ashman’s experience in Broadway and distinct vision were directly responsible for the Disney Renaissance of the early ’90s.

Raised by Quaker grandparents, Bayard Rustin grew up believing humanity was one big family, each person having equal value. Activism was a part of his life from the very beginning, and during WWII he was imprisoned for conscientiously objecting to the war. In 1948 he traveled to India where he furthered his education in nonviolent resistance, writing that “angelic troublemakers” were needed in the US to stop the wheels of discrimination from turning.

In 1956, he traveled to Alabama to work with Martin Luther King Jr. on the Montgomery bus boycott. Rustin educated King on the implementation of nonviolent resistance, encouraging him to fully commit and get rid of his armed protection. The use of human bodies as means of resistance came from Rustin, who had been organizing peaceful sit-ins since his childhood. This, of course, proved to be effective, and when the events of Birmingham in 1963 were broadcast to the nation, the brutality the protestors experienced from the police was a jarring contrast to their own nonviolence.

Rustin continued to be an effective part of the movement, helping organize the 1963 March on Washington for Jobs and Freedom. Without Rustin’s heavy lifting from behind the scenes, King’s legacy of nonviolent resistance might look very different today. In 2013, the same year SCOTUS ruled gay marriage was legal, President Obama posthumously awarded Rustin the Presidential Medal of Freedom.

The godmother of rock and roll, Sister Rosetta Tharpe has only recently been recognized for her massive influence. Born in Jim Crow-era Alabama, she was a musical prodigy, playing guitar and singing in church by age four. By six, she was traveling the US with her mother and an evangelical singing group across the country, and she and her mother settled in the southside of Chicago where she continued to develop her unique, gospel-based sound.

The 1930s and 1940s brought her great success both as a collaborator and a solo artist; audiences had never heard the kind of sound she created with her guitar, and certainly not from a Black woman. In 1944, Tharpe recorded “Strange Things Happening Every Day,” which was the first gospel song to chart on the R&B charts (then Billboard’s Harlem Hit Parade) and is wildly considered to be the first rock and roll song of all time. Her brilliant blend of blues, jazz, swing and gospel formed a new genre of music that both shocked and awed audiences. Her rendition of “Rock Me” flirted with conflating the sacred with the sensual as she melded with her guitar, and people were into it. After meeting Marie Knight, another recording artist, in 1946, the two collaborated and toured together for the remainder of the decade, splitting up in 1950.

She continued to tour solo and collaborate through the ’50s and ’60s, performing across Europe as her celebrity in the US faded. She died in Philadelphia in 1973 after suffering a series of strokes that limited her ability to tour, and was inducted into the Blues Hall of Fame in 2007. After a benefit concert in 2008, funds were raised to place a gravestone at her place of burial in Philadelphia, which had previously been a bare plot with no memorial. It reads: “She would sing until you cried, and then sing until you danced for joy / she helped to keep the church alive and the saints rejoicing.”

This list could easily go on—these are only three among many—and the influence these people have had can be seen everywhere. The Disney Renaissance paved the way for later films like Moana and Frozen and provided the soundtrack for many childhoods. Nonviolent resistance formed the backbone of the civil rights movement and continues to be an extremely effective and utilized strategy in the fight for equal rights. The fundamentals of rock and roll are now taught at the college level and recognizable by almost anyone: without Sister Rosetta Tharpe, there would be no Elvis, no Rolling Stones, no Nirvana, no Lil Nas X.

So the next time you watch a Disney movie, participate in a protest march, or listen to pretty much any modern music, give these people a nod. They deserve it.