A Word In Edgewise: We’re All in It for the Long (or Short) Haul 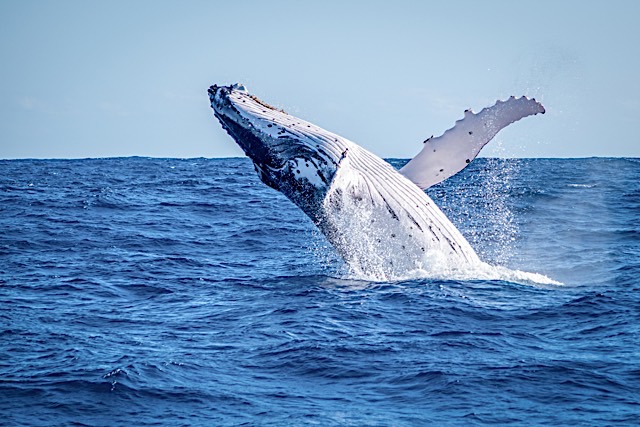 Through the eons, through a system of interdependencies and networks, life on earth has proceeded to evolve with occasional blips – like that meteor strike some 66 million years back that annihilated the dinosaurs and paved the way for mankind.

The Humanity blip is taking longer, but is picking up speed incrementally, heading towards a similar annihilation. It’s been ongoing for millennia as mankind bred and spread and chopped and decimated, really picking up steam during the Industrial Revolution.

The “We want it all and we want it now” philosophy saw old growth forests felled, grasslands razed and ploughed into dustbowls, lakes and rivers drained, once teeming populations of birds and beasts reduced or exterminated.

But every plant and creature exists through some food chain, within some broader network connected to yet others further-flung. Every despised “weed” or “pest” has a place, and humans poison and eradicate indiscriminately at their peril. These myriad networks are still poorly understood, ignored by those who monetize Nature’s bounty. In clear-cut logging, trees of no commercial value that surround desired timber are “weeds,” cut down and trashed. Only recently have studies shown that woodland species interact through underground root and fungus networks, protecting and nourishing the forest as a whole. Leaving great swathes of bare land removes needed shade, raising temperatures that enable invasive insects to introduce new diseases.

A recent Atlantic article on whaling offers an excellent example of interconnection. Baleen whales (including blue, fin, and humpbacked) had been hunted for years, their populations remaining fairly stable until the arrival of factory ships with explosive-tipped harpoons, and on-board processing capabilities. Over 100 years, two million baleen whales were killed, then within sixty years, the blue whale population plummeted from 360,000 to 1,000.

Prior to industrial decimation, it is estimated that baleen whales consumed hundreds of metric tons of tiny, shrimp-like krill. The krill, however, flourished, since iron-rich whale excrement provided needed nutrients for phytoplankton to bloom and become krill fodder. The whales’ disappearance should have left a huge prey population, but the krill count dropped 80%.

Baleen whales fast, then gorge during only a third of the year, and iron is scarcer in the icy southern waters where they feed. Southern iron is locked in the krill, unlocked by whales feeding and defecating. No whales, no iron.

“So what? I don’t use a whale-oil lamp, I don’t care about krill.” But Stanford ecologist Matthew Savoca, following a 1990s concept of oceanographer John Martin, now proposes seeding the southern ocean with iron to allow phytoplankton to mature and bloom, absorbing CO2, and on into the whales via krill. That CO2 reduction may provide significant cooling for the planet.

Every weed, every lowly creature is part of some ecosystem, as are humans, believing or not. Many early peoples accepted their inclusion without having the science to understand. They hunted, gathered what they needed, left animals and seeds to proliferate and provide for the next season.

Without realizing it, we once needed this iron- phytoplankton-krill-whale-poop cycle to support a fishing industry, and now if it can be revived, the same cycle may help mankind survive. Mother Nature is revealing one example of just how bound mankind is to his fellow creatures. There is so much more to learn. Will we do our homework?