A Word In Edgewise: Saving the World? – Just Say “No” 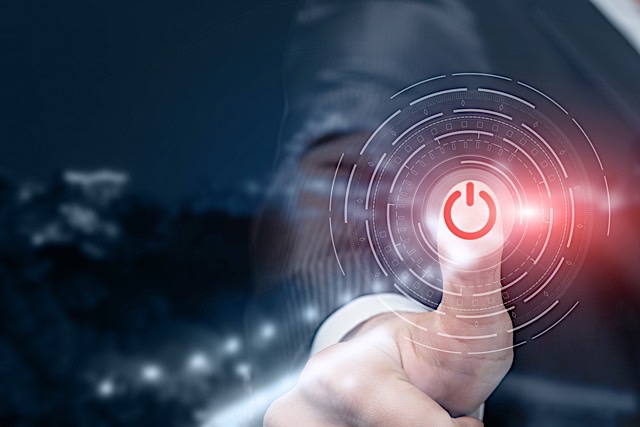 Late one night computer readouts at a Soviet Union early warning bases indicated the United States had already a launched a missile strike. The birds were on the wing. Five of them, to be precise, five Minuteman ICBMs. It was September 26, 1983.

Stanislav Petrov, 44, was the duty officer; his job was to register and report any apparent enemy missile launches. He hesitated…

If the data had been accurate; if there were anyone left with whom to speak after he’d acted. But, he didn’t. On that night–counter to his explicit instructions and in a clear dereliction of duty, Petrov did not pass the information. Sensing false alarms, he dismissed them.

“The siren howled,” he recalled, “but I just sat there for a few seconds, staring at the big, back-lit, red screen with the word ‘launch’ on it… All I had to do was to reach for the phone; to raise the direct line to our top commanders–but I couldn’t move. I felt like I was sitting on a hot frying pan.”

The system kept indicating the level of the alert reliability was “highest.” America had launched a missile. “A minute later the siren went off again. The second missile was launched. Then the third, and the fourth, and the fifth. The computers changed their alerts from ‘launch’ to ‘missile strike’”.

Imperative to act. In fact, Petrov considered, too imperative. “There were 28 or 29 security levels. After the target was identified, it had to pass all of those ‘checkpoints’. I was not quite sure it was possible, underthose circumstances.” Petrov instead reported a “system malfunction,” and waited. “Twenty-three minutes later, I realized nothing had happened. If there had been a real strike, I would already know about it. It was such a relief.”

This information did not come to light until after the collapse of the Soviet Union, when Petrov was feted and received several international awards. Disclaiming hero status, he admitted the situation could have gone either way–he was never absolutely sure that it was a false alert. Petrov did note he was the only one of his team’s officers who’d received a civilian education. “My colleagues were all professional soldiers, they were taught to give and obey orders… That was my job, but they were lucky it was me on shift that night.” …..

October 27, 1962, somewhere in the waters off Cuba. Soviet naval officer Vasili Arkhipov was aboard a nuclear sub when US naval forces began dropping depth charges, searching for enemy submarines. Two of the sub’s three officers, thinking a nuclear war might be underway, wanted to launch a nuclear torpedo inretaliation. Rules declared, however, that all three senior officers must agree. Officer Arkhipov refused, preventing an even earlier potential nuclear encounter.

The years and decades advance; weapons proliferate, increasing in their numbers and lethal power. “Winner” now a hollow word: Revenge is a dish best never served.