A Word In Edgewise: Look For – Whom? 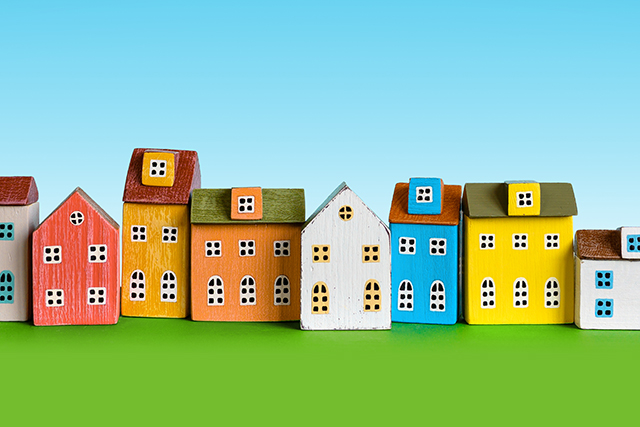 As Fred Rogers so famously shared with his small Neighbors, “When I was a boy and I would see scary things in the news, my mother would say to me, ‘Look for the helpers. You will always find people who are helping.’”

But Ian Bogost’s take on that advice in his piece in the October 29, 2018, Atlantic makes one reconsider. Not that Bogost finds fault with Rogers’s advice, but that we’ve reduced it to a platitude to soothe adults, an audience far removed from the toddlers and preschoolers of the Neighborhood.

Today, those sentences are available online to buy printed on ready-to-hang posters or placards, hot-pressed on T-shirts, blazoned on prints, with or without Mr. Rogers’s photo.

Bogost’s “The Fetishization of Mr. Rogers’s ‘Look for the Helpers’” appeared two days after the atrocity in Pittsburgh’s Tree of Life synagogue in the Squirrel Hill neighborhood where he lived and filmed Mr. Rogers’ Neighborhood.

Kids today don’t gather with their folks around the single TV where disturbing news could be monitored, discussed as a family, or clicked off. Even preschoolers have personal tablets or a TV in their rooms, alone under a deluge of conflicting and often disturbing messages.

Rogers was a master of language when speaking with youngsters. Bogost repeats the example of how the warning “Don’t play in the street,” morphed to “Your favorite grown- ups can tell you where it is safe to play.” He knew not every child has a mom and dad, and if they do, might not find them the most reliable choices.

Similarly layered is “helpers”, which still covers professionals and nearby caring individuals who rush to help, but “Helpers” may mean different things to different adults in a household. A confused, “But that’s not what Mom/Dad said!” can widen family rifts, increasing the anxiety of an already frightened child.

And what if one sees no helpers? How does does a child; whether toddler, grade- schooler or even a grownup, process film of an elderly Asian woman being savaged by a man outside an upscale building’s glass doors while three adults inside–security guards–watch passively, one calling out, “Lock the doors,” as she crawls toward them for help? The insiders weren’t looking for helpers, they were just looking.

Rogers himself never envisioned “Look for the helpers” as a cure-all; it was one of several actions parents or adults were advised to use to support a young child during a crisis. Other actions were: “Ensure that they [children] feel safe.” “Be honest.” “Stay close by.” and “Encourage questions and ask directly.” In a PSA Rogers emphasized, “right away ask what they know about [the situation]. We often find that their fantasies are very different from the truth.” First and foremost was, “Turn off the TV.”