A Word In Edgewise: Another “Sorry” Situation 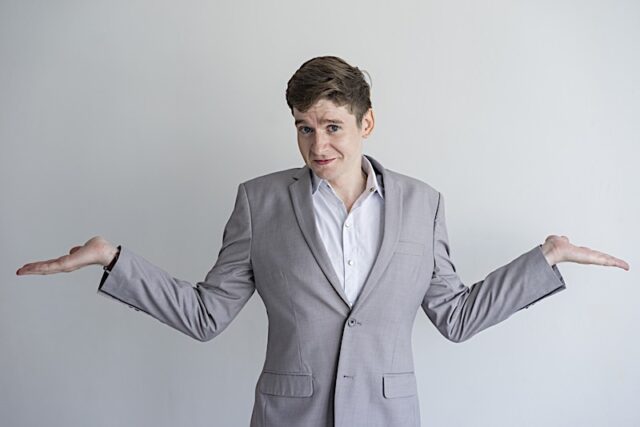 Some people can say egregious things and be remembered warmly for decades, quoted with a chuckle like Yogi Berra’s sage advice, “Always go to other people’s funerals, otherwise they won’t come to yours.”

Others may be as egregious, but so obviously self-serving, so chilling as to stop one dead in one’s tracks. The soon-to-be former governor of New York’s meager apology to the 11 women who accused him of physical impropriety is an outstanding example.

In summation, he said, “In my mind I’ve never crossed the line with anyone. But I didn’t realize the extent to which the line has been redrawn. There are generational and cultural shifts that I just didn’t fully appreciate. And I should have no excuses.”

He knew there was a “line,” but as long as it wasn’t in his mind it didn’t count? Is the line he has in his mind the old one where the woman—co-worker, underling, stranger—has in her mind that she mustn’t complain lest she not be believed, or perhaps lose her job?

He wasn’t in swaddling clothes or unaware during the Anita Hill – Clarence Thomas hearings of 1991. And which times have changed? Only the past three decades? Back before women won the vote in 1920? Certain lines have scarcely deviated since the Americans-to-be purportedly set foot on Plymouth Rock. Not just for women, but for anyone else considered “not the right sort.”

Estimates state that in 1492 there were likely some 60 million natives in the “new” country, and in the 1700s, approximately six hundred tribes dotted the land with their particular cultures and dialects—hunting, growing crops, worshiping their gods.

Their way of life was doomed once the newcomers discovered a land rich in game, arable land, and the promise of gold. In exchange they brought firearms, firewater and smallpox, and military leaders the likes of George Armstrong Custer and Andrew Jackson who drew lines in their own minds detailing the treatment of others.

These men offered no apologies, none of the self-justification that this future art, crafted and honed with sinuous twists that point blame back on the victim(s). Which brings us back to that recently-ex governor and his “All-I-dids” and “I-didn’t-knows” and “She misunderstoods.”

Years ago, too many to cite the source, I read a piece written by a medical professional who dealt with abused children. During one interview, he reported, he asked a seven-year-old boy how he knew whether a touch or hug was “good” or “bad.” The child replied, “One gives and the other takes.”

Perhaps an adult, about to place hands on another, co-worker or stranger, should ask, “Am I giving, or am I taking?” Is this clasp of a shoulder in praise of a job well done, or a slow predation sliding towards some more private part of the recipient? Am I celebrating with, or stealing from, claiming some part of that person for myself?

Local children’s book author David LaRochelle recently published How to Apologize, aimed at the three to seven set. I congratulated him, kidding, “You should write a version for adults!” Now I fear David’s clear, humorous text may be too complex.