A Phoenix From the Ashes 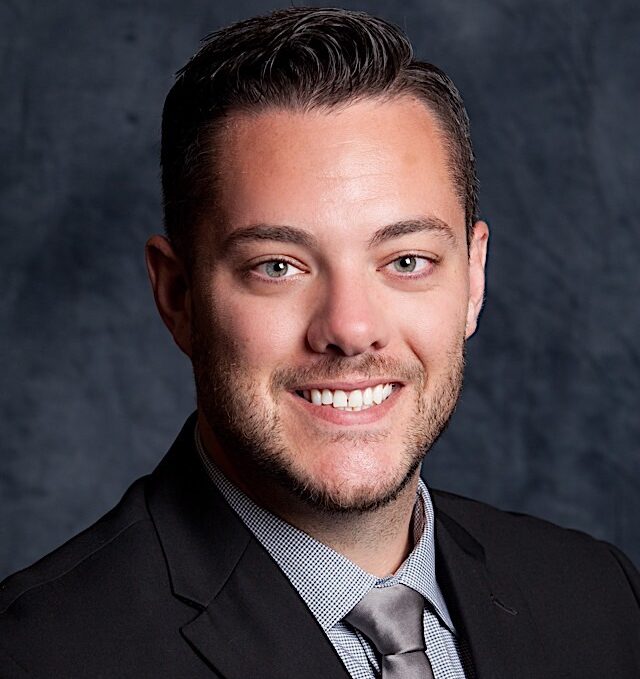 Discrimination against the LGBTQ+ persists in home buying and renting, but groups like the LGBTQ+ Real Estate Alliance are working to change that.

Like a phoenix rising from the ashes, the LGBTQ+ Real Estate Alliance grew into an authority on all things concerning housing and real estate within the LGBTQ+ community. After several years of mismanagement, the team at Alliance decided that they needed to break with the organization and founder/owner to preserve all of the great work that the members achieved. Between June 21, 2020, and today, Alliance has built a completely new organization that is shattering the goals previously set.

“Our mission at the Alliance is to advocate, elevate, and celebrate,” says Ryan Weyandt, CEO of Alliance. “We exist to advocate for fair housing for all and promote LGBTQ+ homeownership.  To elevate professionalism in the industry through education and networking. And, to celebrate diversity and inclusion in our members and allied partners across the country.”

As a veteran mortgage lender, Weyandt officially became the CEO of the Alliance on June 23, 2020, ahead of the organization’s public launch on October 1, 2020. Weyandt had spent the previous ten years in the mortgage industry.

“The housing and finance markets are just like every other industry that relies on consumer-driven outcomes,” Weyandt explains. “In order to be successful, folks need to be put in homes. Most of the discrimination we see is more subtle, say misdirection or misinformation, but cases do exist like the current case in the court system in Missoula, Montana, where a part-time realtor/part-time pastor is using one of his professions to justify discrimination against the LGBTQ+ community in the other.”

The Alliance issued its first major report last spring, a result of which was the ability to look at the data and draw a strong correlation in how the impact of bullying and social hardship at youth can negatively impact their likelihood to be a homeowner later in life, Weyandt says. “What we saw was a chain reaction throughout the various traditional growth phases of a lifespan which started by someone being harassed or bullied in their high school or even middle school years.  That chain reaction leads to an overall lower homeownership rate for LGBTQ+ Americans today, 49 percent compared to 65 percent of the U.S. average, or an astonishing 73 percent homeownership rate in cisgender, white America.”

There are no federal civil rights protections given to LGBTQ+ folks—gender identity and orientation were completely neglected from the Civils Rights Act of 1964, and then missed again with the Fair Housing Act, and for a third time with the Fair Lending Act, Weyandt points out

“Nowhere in federal policy do LGBTQ+ folks have any protection in buying, selling, or financing of real estate, in addition to the seeking of shelter and renting,” he adds.

In rentals, the same discrimination persists.

“Federal law does not protect LGBTQ+ folks from landlords. Period. The interesting thing here is that the same study found that a majority of LGBTQ+ folks will move apartments every two years, averaging five different residences over a decade,” Weyandt says. “What’s more disturbing is that the fear of discrimination is significantly higher than the documented rate of occurrences. Essentially, the perception and concern of facing discrimination while going through the purchase process is driving folks to become perpetual renters. It isn’t good economics for a family or an individual to pay for someone else’s housing payment and having nothing to show at the end of your time spent there.”

Weyandt says that the LGBTQ+ community suffers on a macro level from a lack of data in just about every area that Alliance studies. “We know, for instance, the significant impact that Redlining had on our POC communities in the Twin Cities, and ultimately led to the complete extermination of communities and cultures,” he says. “While members of our community had to fight for their racial and ethnic equality leading up to the 19060s (and beyond), our collective community still has not received the same equity that every other protected class is entitled to. There is literally a fifty-year gap in equality which cannot be measured.”

Fortunately, the state of Minnesota has exhaustive protections in place to ensure that Minnesotans will continue to receive the equal rights protections they deserve.

“Commissioner Jennifer Ho at Minnesota Housing is an absolute champion for fair housing and has literally dedicated her entire professional life to ensuring those in the shadows receive equal access and protections to the best of the ability she has always had to provide it,” Weyandt says. “Minnesota Housing has been an outspoken ally and partner to the LGBTQ+ housing and real estate communities and there are some absolutely phenomenal programs administered through the agency which do anything from helping to reduce or even completely eliminate your out-of-pocket money down need for a home purchase.”

“Our tongue-in-cheek expression at the Alliance is ‘if you see something, say something.’  Obviously, this isn’t ours, but the point is the same: Deterrence matters, and something as seemingly insignificant as acknowledging that you just witnessed something that you know wasn’t right, might prevent that situation from occurring twice,” he says. “I think education and speaking out will eventually change the culture of discrimination.”

One of the Alliance’s four foundational pillars is advocacy. “We fight every week all across this country to end discriminatory housing practices that impact our community and ultimately end in decreased generational wealth for the families we’ve only recently been able to legally recognize,” he adds.

Weyandt says it’s equally important for LGBTQ+ folks to consider how they function within their relationship with their real-estate team of professionals. “Keep in mind that YOU are the boss in the agent/client dynamic, and they work for you,” he says. “If you are being disrespected, or even think it’s discrimination, terminate the relationship immediately and report your experience to either the local board of realtors.”

With April being Fair Housing Month and June being Pride Month, Weyandt says that now is the perfect time to join the fight against housing discrimination.

“In twenty-nine states today, housing discrimination against the LGBTQ+ community is legal,” he points out. “ I truly believe that the mysterious ‘American Dream’ that folks talk about is homeownership, and I believe that every American should have the opportunity to pursue that dream.”

If you’re not sure where to start, head to the Alliance’s website at realestatealliance.org or LGBTQplusHOMES.com.