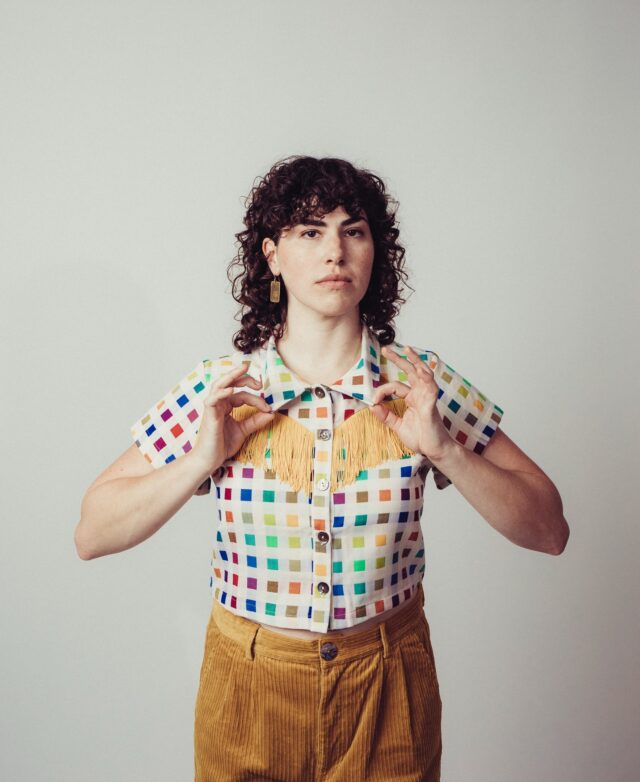 If you need some laughs to kick off LGBTQ Pride Month, how about an evening with comedian Cara Connors?

The Los Angeles-based stand-up comedian is coming to Minneapolis on June 7 at the Comedy Corner Underground in Minneapolis for one show only. She is on a tour that will take Connors’ solo show “Straight For Pay” across the U.S.A. and in Europe through mid-July. Connors have appeared on Just for Laughs, Hulu, Apple TV, Dating #NoFilter on E!

What would you expect from a Cara Connors show? “My shows are very playful and I think right when you come in,” explained Connors, “we always try to establish a party vibe. ‘Let’s actually have some fun. Ever heard of it? Come in and have fun. There’s good music. It’s a good crowd.’” “I would say my shows play a lot with playing with tension and a lot of calling out things, both in the room and things that are happening outside in the world that maybe people aren’t talking about as much, but it’s very self deprecating.”

If you’re looking for something that would point to Connors’ approach to her show, consider her influences. She cites Molly Shannon as her primary influence – especially during the actress’ Saturday Night Live run. Connors took from Shannon, and her training with the Second City Conservatory, the Groundlings, and the Upright Citizens Brigade the physical comedy that works well with women comedians. Connors also points to Chelsea Handler, Sarah Silverman, and Minnesota native Maria Bamford as other comedians she loves.

Through her run as a comedian, Connors has honed in on what material will work in the show she is bringing on tour. “Some of the jokes and things have been really with me almost like for the last five years,” explained Connors, “and they’ve been evolving and changing and sometimes you write a joke, and it works right away and you can almost shelve it and be like, ‘Okay, I can bring that back when I need to.’ But this hour in particular, really is pretty autobiographical and it kind of takes the audience on the journey.”

“In the beginning,” Connor continued, “I’m kind of playing with people and pretending that I’m straight for any people who did show up at the show and don’t really know what it’s about. So, there’s a lot of convenient things, and that’s very funny to me. So, I lean into that, especially if people are confused, but it’s really kind of evolved.”

Connors is among a growing number of LGBTQ comedians who are angling for our laughter. Our visibility at smaller comedy clubs to larger, more established venues continue to grow – including our support for them – including non-LGBTQ audiences. “I think it’s only going to get bigger and more accepted and more appealing to people,” said Connors, “and, I already see that. And even just the differentiation between a lot of people that play traditional comedy clubs versus indie comics and people self-producing their own tours, their own hours, their own everything. I only think that it’s just going to continue to expand.”

“I was at that Netflix show (a “Netflix Is a Joke” show showcasing LGBTQ comedians) and it was the amount of stars that already exist that are queer,” Connors said, “is absolutely over the top. I mean, the show was literally Matteo Lane and Wanda Sykes and Mae Martin…Patti Harrison…Joel Kim Booster and all these amazing comics who are so appealing, and they’re very cool and they are with it, and they understand what’s happening.”

Despite the fact that the COVID-19 Pandemic continues to play havoc on society, we still need to let out some laughter to ease the pain. Comedy clubs have welcomed back comedians, including Connors. In turn, comedians are going back on tour performing in these venues.

This LGBTQ Pride month, release some laughter by supporting our comics. You can start Tuesday night by stopping by the Comedy Corner Underground and spend an hour with Cara Connors. We believe she will make you laugh the pain away through her own story on stage.
…