With the mornings getting colder again—yes, they’ve been chillier, so stop lying to yourself—it’s time to start planning for our annual Pretend-Like-the-Outdoors-Doesn’t-Exist-and-Hibernate-for-Nine-Months routine. Of course, we have a lot of winter activities to do, and many ways of doing them, but let’s not kid ourselves. As TV becomes our best friend, a cozy blanket, some slippers, and a lover sitting next to us are the primary winter way of life. 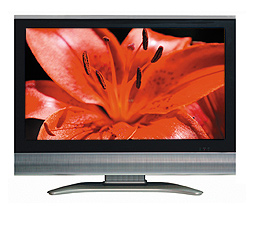 Most people have been hearing about the digital conversion taking place next February. For the modern man, it isn’t something to fret about, but for the casual, turn-the-TV-on-once-a-month viewer, perhaps not.

TVs
Once upon a time, televisions were simple. You picked your brand, and then, you picked your size. (If only it were this easy now.) Today, TVs come with so many options, it’s impossible for the average user to understand them. Salespeople are more concerned about selling you a TV that will bring them the most money than actually giving you what you need. Everyone will argue one brand’s superiority over another, so we’ll skip over that part, and move onto the features. We’re also overlooking the size TV you want. That’s a personal preference, but, unless you have a special media area, your TV shouldn’t dominate your room, but complement it. The part that does matter is OLED, LCD, or plasma.

OLED (Organic Light Emitting Diode)
You’ve heard of LED lights being the future. Well, it’s the same really with OLED TVs, which are just better all around. They’re the newest and brightest feature in TV today. But, that also means they’re the most expensive—so new and costly, they haven’t caught on with the mainstream buyer yet. Best Buy only lists one 11-inch OLED for $2,500. Hardly worth it.

LCD (Liquid Crystal Display)
LCD TVs are the cheapest option. The reason is that they are slightly lower-quality than the plasma TVs, although the average viewer won’t notice any difference. In fact, LCDs have made such strides over the past few years, it can be argued that the quality is nearly the same. They have become the norm for TV buyers everywhere. These TVs run anywhere from a couple hundred dollars to nearly $8,000.

Plasma
Plasma TVs have gotten a bad rap. They had the best quality from the get-go, but also burn-in issues (images became burned on the screen permanently if you left the same image on the screen too long). Newer models have made this all but a thing of the past, and only a few lower-end models cause this problem anymore. The quality of the TV is still slightly better than LCD, but then, so is the price tag. You pay for what you get. Because LCD is the norm, options aren’t as great either, so you’ll end up paying more for the same.

Resolution
Resolutions are different, and come in three forms: 720p, 1080p, and 1080i. Because tube TVs (those big fat TVs that weigh more than a car) came in 480p or so, any flat screen TV is better. Right off the bat, we’re eliminating the 1080i as well. It was a mistake on the part of TV makers, and they realized it, so they are weeding out this option. Don’t buy one.

720p Versus 1080p
The numbers here refer to how many lines are on the TV. The “p,” which stands for progressive, is the way the lines refresh. It’s a little more complicated than the average user needs to know. So again, we’re skipping over that, and telling you what you must know. For the average TV viewer, 720p is a good choice, and cheaper as well. You’re going to see images like you’ve never seen them before. Colors will be crisp. You will see how old Joan Rivers really is! The only downside is that you need to sit at least six feet away from the TV. The closer you get, the more pixilated (tiny little boxes) the image becomes. With 1080p, the image is better—because it has more than 300 additional lines. Unless you’re a sports fan, love fast-paced action movies, or feel the need to be three feet in front of the TV, the 1080p won’t be something you’ll notice or need.

Displaying Your TV
The last important thing about having a flat screen TV is how you want to display it. Because it weighs less than a hundred pounds (unless you buy a mammoth-sized one), it easily can be mounted on the wall. For a few hundred dollars more, you can buy a wall mounting system that will hang the TV on the wall, giving a more sleek look. But be careful: Done incorrectly, you’ll have a hole in the wall, and a very expensive pile of trash you once called a TV. Best Buy, like many other stores, offers in-home setups that range from $200 to $800, depending on what you want done, and even will program your remotes). 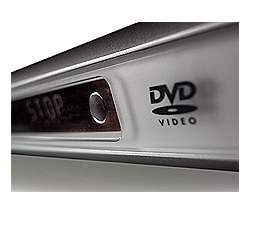 DVD Players
Now that we’ve spent this entire article on TVs, and could continue for another four pages, we won’t, but will move on to DVD players. If you still own and use a VHS player, you really need to upgrade now! Seriously. Stop reading, and go buy a DVD player immediately. Here are your DVD player
choices:

Standard DVD Player
These have kind of have gone with the wind. They exist everywhere, but really shouldn’t be bought, unless you just need one for the kids’ bedroom. They work fine, but really, so does your 13-inch TV, and no one likes it, either.

Upconverting DVD Players
These are the best non-HD DVD players out there. Now that you’ve bought an HDTV (any flat screen TV is HD these days), you need a DVD player that can take advantage of this feature. A standard DVD player will play normally, but you’re going to notice the difference. It’s like watching a movie on VHS, then viewing the same movie on DVD. The quality difference is noticeable. An upconverting DVD player can’t make a DVD become an HD-quality DVD, but it can make it look better, and that’s the point. The price ranges from about $100 to $200, depending on brand and features. These DVD players are perfect for the average person.
Blu-ray DVD Players
The HD DVD war is over. Blu-ray won. Sorry for everyone who wasted their money on HD-DVD players—too bad for you! Blu-ray DVD players are still expensive, at about $400 apiece, but prices are falling fast, with some already below $300. These DVDs and players take full advantage of HDTVs. They show movies like they always were meant to be seen. This is what movie studios envisioned when DVDs first were introduced. The quality is equal to that of movie theaters. You just can’t get better. And the features are becoming rather impressive, with in-movie experiences and online links allowing the viewer to get interactive. Like the VHS before it, the now-standard DVD will become a thing of the past, as Blu-ray becomes the new standard.

Surround Sound System
Of course, now that you have a great TV and DVD player, your home theater just won’t be complete without a surround sound system.

5.1 vs. 6.1 vs. 7.1
We’ve all heard these numbers. They refer to how many speakers a system has: 5, 6, or 7, plus a subwoofer (the bass). If you’re going to spend a couple thousand dollars upgrading to a great TV and DVD player, why would you not finish it off properly with surround sound? With the existing technology, you could have better quality and quantity in sound systems. But as a technology freak, I’ve yet to see a Blu-ray movie take full advantage of this, so for the average—and even the more advanced—user, 5.1 is the way to go, at least for a couple more years. The options are vast, and so are the price ranges.

The only downside is that most sound systems include DVD players. Unless you want it that way, you’ll have to do some looking, and spend a bit more. The plus side, though, is that if you want an easy connection, you can find an upconverting DVD/sound combo to make things simple. The more expensive option, if you choose to go that route, is to build your own sound system, a popular option for those who want the power and the more advanced 6.1 or 7.1 surround sound systems. But expect to pay double. Prices on surround systems start around $200, but for a good system, reach to the $350 range—and for the most expensive choices, can go into the thousands.

Last Advice
So, now that you’ve got the basic down low on your winter getaway needs, only two more pieces of advice for you:

• Kidnap the 8-year-old neighbor boy. You’re going to need him to set it up for you. If you thought connecting the color-coordinated cords on your computer was hard, try figuring out how to connect a TV, DVD player, surround system, game consoles, and TIVO—and then program the eight remotes! Plus, his services only cost you a few cookies, not the $500 the salesperson is going to tell you that you need to spend on setup.