Guthrie Theater is hosting an unprecedented and groundbreaking celebration centered on gay and Jewish playwright Tony Kushner that’s a landmark in American regional theater history as well as GLBT history. It focuses on his Pulitzer- and Tony-winning plays, plus a Guthrie-commissioned new work, The Intelligent Homosexual’s Guide to Capitalism and Socialism with a Key to the Scriptures. In addition, it offers an array of workshops and presentations—many of them free of charge—that center on Kushner’s ideas and gay themes. 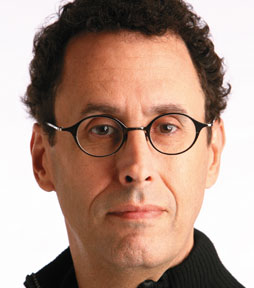 The new Guthrie facility, which opened in 2006, now is having its christening as a bona fide community gathering place beyond being a space solely catering to the theater-goer.

During Extreme Kushner Weekends (May 23-24 and June 5-8), all-day free seminars and panel discussions will feature Harry Waters Jr.—the original Belize in Angels in America—and yours truly, among many others.

Combining so many plays with such extensive and intensive open dialogue is something the old Guthrie on Vineland Place simply could not have housed, but the new, three-year-old facility is well-suited for it.

Guthrie Artistic Director Joe Dowling elaborates, “One of the things we always said when we were building the new theater was the great possibilities of [having] three theaters, the building, classrooms, and space for creating and developing a dialogue in the community about different ideas and areas of interest. And it seemed to me fairly clear that one way of doing that was to center around a writer of some significance, and I could think of no one better to start the process than Tony. So, the two ideas came together: that we create an opportunity for people to not just go singly to one play after the other, but to actually put things into a context, and to use that to begin dialogue and discussion and debate.” 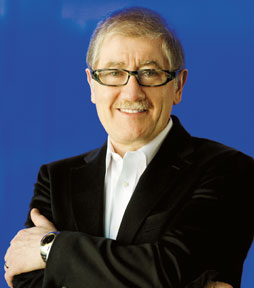 When asked, “Why Kushner?” Dowling responds, “In my view, Tony is not only the most significant theater writer of his generation, but probably the most significant writer in the world today. He is a man who over and over again has identified the zeitgeist, and then changed. He created Angels in America when the issue of HIV and AIDS was suddenly brought completely into the national consciousness in a way that hadn’t happened before.

With Homebody/Kabul, right before 9/11, he was writing a play about the impact of the Taliban on Afghanistan, and its appalling treatment of women and so on. Here’s man who’s really got his finger on the pulse, and also happens to be a great theater writer.”

Realizing that Kushner’s body of work extends far beyond his two best-known works, Angels in America and the Munich screenplay for Steven Spielberg, Dowling observes that many people “wouldn’t know Tony. They would know of him.”

Hence, the Kushner Celebration fulfills Dowling’s dream of the Guthrie as a center for community dialogue, and more receptive to contemporary plays.

Dowling shares that with Kushner’s work, it “all came together in the idea of a celebration.”