Weighing In on Health Care

I’m getting really worried. Of the several-dozen health care reform ideas currently floating around Capitol Hill, not one even comes close to making the fundamental change that our nation’s medical system needs.
Trust me. I’ve reviewed all these proposals, and now know more than I care to about soft triggers, hard triggers (I’m thinking there was a mix-up in collating, and these pages actually are from some crime bill), health alliances, and universal coverage.

But nowhere have I seen any mention of the things that really matter to me. First off, we must have a health care bill that effectively prohibits the mandatory weigh-in at doctor’s office. Chances are, I’m there because I already feel lousy. Why should I have to be totally depressed as well? 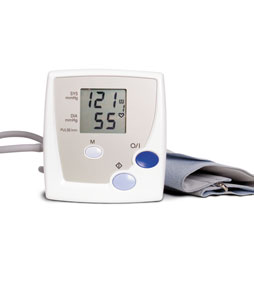 Instead, medical practices should follow the DMV’s lead. Although this agency is often stumped by such questions as “Where do I go to get a driver’s license?” it has the perfect weight policy: Give us a number; we write it down.

The weight on my Minnesota State ID hasn’t been accurate since 1975. (Come to think of it, neither has my hair color.) Still, the DMV system works—everyone wins, and I, for one, can continue on my merry, delusional way.

It’s also absolutely essential that any new plan provide home health care for men. This would apply particularly to common illnesses, such as coughs, colds, and splinters.

The average man, while in the grips of such ailments, essentially requires round-the-clock care, either from a skilled medical professional, or at least someone accustomed to working with really bad actors.

While the average woman can endure 72 hours of excruciating, I-believe-I’m-delivering-a-rhino pain with the aid of only rationed ice chips, most men must take to their beds at the first sign of a sniffle. The females in their lives simply should not be subjected to such pathetic performances.

Women, too, should have special coverage. There should be a PMS voucher system of sorts, which could work something like this: When it’s clear that a woman is experiencing PMS, doctor asks, “How’s the weather?” Female patient responds, “Stop pressuring me about the weather; I have no control over the weather.” She then falls to the floor in hysterical heap. A physician hands her a coupon for either a free stay at an Aveda Spa, or all the Godiva chocolate she can devour in the next three days.

(While I’m on the subject, I also think the final health care bill should do something about the decor in doctor’s exam rooms. I’ve been known to pass out from paper cuts. Do I really need to be staring at a vibrantly colored cross section of the human spleen? Does the word “distraction” mean anything to these people? You know, meadows, seascapes, a life-size poster of a young Marlon Brando.)

Finally, our nation’s health care reform must guarantee coverage in those instances when a child stuffs foreign objects up his or her nose. For reasons I don’t even want to think about, this happens with alarming frequency at my brother’s house.

Just last week, my 3-year-old nephew decided to test the breath-freshening capabilities of a Tic-Tac in his left nasal passage. His mother’s first clue was the Day-Glo orange fluid oozing onto his upper lip. This time they were lucky. The makers of Tic-Tacs apparently had the good sense to design their product to melt when encased in a youngster’s nose. We can only hope that the M&M folks have taken similar precautions.

So, ladies and gentlemen of the House and Senate, there you have it: a blueprint for American health care.

Please make this happen. I’ve put on a pound or two (OK, maybe 10), and have my annual physical Friday. My best friend, Jeff, just sneezed last night. My poor sister-in-law is craving chocolate, and feels like choking Al Roker. And to make matters worse, the poor woman’s Tic-Tacs are missing again.
OK, my health care notions may seem a trifle self-centered. But, hey, consider the source.