If you think that the Tiny Kushner evening of short plays is a throwaway, you’re wrong. Expect the most explosive local theatrical performance since Ron Athey pricked those prissy peas in a pod, Jesse Helms and Rush Limbaugh, with his 1994 Patrick’s Cabaret AIDS blood ritual. If you think I’m overstating it, then check some of the content: a shocking playlet about Laura Bush and dead Iraqi children; another about Richard Nixon’s shrink; and an ingenious inquiry into the antitax zealotry that fuels neocon radio squawkers from Rush Limbaugh to his favorite sub, Jason Lewis. 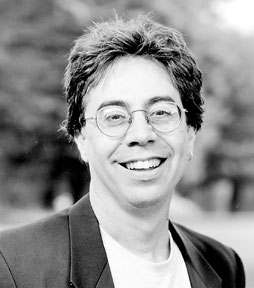 Tony Taccone, Berkeley Rep’s passionate Artistic Director, has staged Tiny Kushner. Taccone, who codirected the LA world premiere of Angels in America, has directed various other Tony Kushner scripts, including Slavs!. If anyone could be considered the definitive Kushner director—in the same way that, say, Lou Bellamy is the definitive August Wilson director—it’s Taccone. He grasps the intricacies within Kushner’s historical sweep. And Taccone commissioned the stunning indictment on Marxism gone berserk, The People’s Temple.

Taccone says that though these playlets are more intimate than bigger Kushner plays he has directed, they’re still what he calls “Kushnerian. They have a particular imaginative sensibility, the sort of mixing of political and theological interests. And the fun of them—they might be weird fun, but they’re fun.”

Fantastical elements serve as mirrors to characters’ souls—for instance, Kate Eifrig as the tormented ex-First Lady and Valeri Mudak as her Angel, and both as two women clashing on the moon in Flip Flop Fly!.

Moreover, Only We Who Guard the Mystery Shall Be Unhappy is no conservative caricature à la Sarah Palin or Michele Bachmann. Taccone notes Kushner’s obsession with Laura Bush’s turbulent personal history.

Yet, as Taccone notes, the playwright “has empathy for her. Her great tragedy is that she understands the toll of the genocide, which is happening. But she also has her ideals, which she cannot reject, she cannot refute, she cannot get rid of.”

Two other top local actors are in the mix, too. J.C. Cutler portrays Nixon’s psychiatrist in Dr. Arnold A. Hutschneker in Paradise. Jim Lichtscheidl plays all the many roles in East Coast Ode to Howard Jarvis, a 1996 playlet that echoes Timothy McVeigh-style nativism, and actually refers to tax squawker Tea Parties.