Three Theaters Coproduce In the Brown and Red Water

Lorca’s Yerma and Yoruban folklore inspired this first installment of a trilogy.

GLBT audiences know McCraney for Wig Out!, a play about Harlem drag queens. 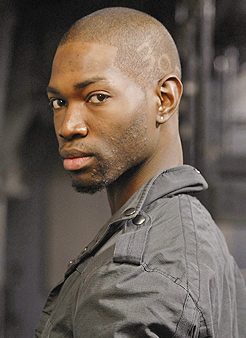 Inspired by Spanish-gay-playwright Federico Garcia Lorca’s Yerma, as well as Yoruban folklore from West Africa, the first installment of McCraney’s trilogy, In the Red and Brown Water, is presented by the Guthrie as a coproduction with Pillsbury House Theatre and Mount Curve Company. Christiana Clark stars as Oya, a contemporary manifestation of Yerma. Marion McClinton directs.

According to McCraney, Lorca’s portrait of Yerma is about “a woman’s journey in a community bent against her.”

McCraney calls it “staggering and archetypal in its scale, and yet there is something so modern, frighteningly. It stuns me. Here is a woman who wants, yearns, and has passion. And the world around her says, ‘Nope—you, especially a woman, cannot have that.’”

Like many openly-gay men, McCraney obviously sympathizes with women’s oppression, yet he still does not like to be pigeonholed regarding his gayness.

When I asked McCraney about growing up black and gay in the South, he countered, “I can barely earnestly speak to being Tarell in the South. And to that, I would say, ‘[It) was and is a beautiful, strange, and sometimes hard time.’ It’s hard to ascribe to my life moments that happened just because I was gay, or just because I was black, or even when you mix the two. There was always something else, as there always is.

“There were plenty of gay and black young men growing up the same time I was. Why didn’t they get the same treatment? Why didn’t their parents react the same way? Well, because they aren’t me. And though we have similarities, my path is all my own. That’s how growing up affected my writing. [Choreographer] Alvin Ailey said the only new thing you can bring to art is you. So, I try to bring authentic me to the table: many portions of myself; pieces of me that I have never seen.”

McCraney, who was an assistant to the late master-playwright August Wilson, shares, “Mr. Wilson, more than anything, taught me that artists must build a life of compassion.”