Project 515 is promoting and supporting legislation to ensure equality for Minnesota same-sex couples and their families during times of illness and death. Three bills were introduced in the current session, with great success. All of them were heard in various committees, and passed to go to the full house and senate for votes. 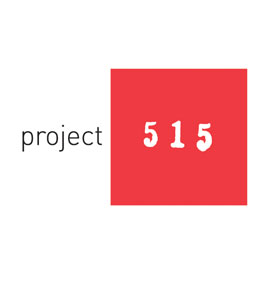 Final Wishes Bill
State Senator Yvonne Prettner Solon (DFL, Duluth) and State Representative Erin Murphy (DFL, St. Paul) stepped up to author the Final Wishes bill (HF 454/SF 341), which will provide same-sex partners equal opportunities to honor the final wishes of their partners without the need to create costly and sometimes ineffective legal documents. Unfortunately, many same-sex partners have been left out after the death of their partner.

For example: Bob and his partner, Richard, who had been together for 18 years, kept each other’s contact information in their wallets in case of emergency. But when Richard died unexpectedly from a heart attack in a grocery store parking lot, Bob was left out of the notification and decision-making process. The medical examiner initially called Bob’s phone number, but refused to share information with him, because, according to the law, Bob was not considered Richard’s next-of-kin.

“He was my brother’s partner, but I was the one who got the official news, because I was the next-of-kin family member. If they had been a married couple, the medical examiner would have notified Bob,” Marg said. “The situation was unfair and cruel. Bob was worried sick, because he knew there was something wrong with Richard, but he couldn’t find out what.”

From then on, Marg was forced to make decisions about Richard’s remains, even though Bob was the one who knew Richard’s wishes.

“The whole process was so offensive—that no one recognized or respected their 18-year relationship,” Marg added. “My family shouldn’t be treated unfairly—especially during such a difficult time.”
Other Legislative Proposals
In addition to the Final Wishes bill, Project 515 has secured the introduction of two other legislative bills. The Preserving One’s Home proposal will allow same-sex partners and their families to stay in their homes following the death of a loved one. Lastly, the Justice After Wrongful Death proposal will allow same-sex partners the same right as a married spouse to recover medical or funeral expenses through a wrongful death court case.

Get Involved!
We hope that you’ll go to www.Project515.org to sign up for our e-mail updates, so we can keep you in the know on the progress of these legislative proposals, and how you can help by contacting your senators and representatives. We also hope you’ll continue to talk to your friends and family about why addressing these issues of fairness and equality is so important to you and your families. Help Project 515 work for equality by telling us your story, or by donating your time or money. Be sure to join us on Facebook!

Project 515 is a focused initiative with a specific, achievable goal: to ensure that same sex couples and their families have equal rights and considerations under Minnesota law. We envision a world of equality where all families are valued and respected equally under the law, as well as in their homes, neighborhoods, workplaces, and communities. Project 515 will execute a multiyear plan to secure equal rights for Minnesota’s same-sex couples and their families through public advocacy, plus legislative and political advocacy.