The Failure of Sex Education

HIV and STI Rates on the Rise Part 1

In the mid-1980s and early 1990s, gay men—both young and old—feared HIV/AIDS. People would watch as the disease slowly devastated their loved one. And in time, friends and family would bury their beloved. In those days, HIV/AIDS was very real, very deadly, and very much a concern to everyone at risk.

Fast forward to 2009, when we watched as HIV rates in Minnesota and the nation rose for yet another year. How could a known and very serious disease—one with no cure—continue to spread in a world where information literally is at our fingertips?

From the beginning of the HIV/AIDS crisis to the end of 2009, 9,163 people in Minnesota had been told they were infected with HIV. More than 5,600 of them were informed they had AIDS—the disease that would help kill them.

Nearly 30 years have passed since HIV/AIDS made its first mysterious appearance in the United States. The disease began as Gay-Related Immune Deficiency (GRID), but soon was rechristened Acquired Immune Deficiency Syndrome (AIDS). It has evolved into a well-known pandemic that can and does affect every age group and race in this country. Four years would pass from the first cases in 1981 until a test was developed that could detect the Human Immunodeficiency Virus (HIV).

Today, testing can be done in a matter of minutes. While thousands waited to hear their test results in Minnesota in 2009, 368 of them learned they, too, were now another statistic in the failing battle to stop the spread of HIV. More than a quarter of those who heard the words “I’m sorry to tell you…” hadn’t reached the age of 25.

David Folkens, Director of Communications at the Minnesota AIDS Project (MAP), points out that a variety of factors play into the continued increase in HIV.

Folkens says, “A view that HIV is a ‘manageable disease,’ thanks to better medications, seems to have added to a sense of complacency. However, the belief that someone can just take a pill and be OK is not true for everyone, as drugs impact everyone differently, and long-term outcomes aren’t always known.”

Tim Marburger, Director of Fundraising and Special Events at The Aliveness Project, has encountered the reality of this often ill-conceived idea.

Marburger recounts, “I hear the stories of how the meds that folks are taking are often like taking chemo daily. The side effects wreck havoc on their bodies, minds, and spirits.”

It’s a sad truth that doesn’t reflect advertisements for HIV meds where men and women are shown living grand lifestyles.

Folkens notes, “This is not a disease that you can see. The time for making a decision about safer-sex practices [should be] well before any physical attraction or connection.”

With more than a fourth of the new infections in the younger age group, many question how a generation that never has known a world without HIV could be the one that’s affected the most.

Folkens relates that sex education reached its peak in the mid- to late-1980s. Even then, HIV infection was taught with phrases like “bodily fluids” instead of “semen” or “vaginal fluids.”

As Folkens explains, “Young people most often do not receive HIV education in schools that considers the risk factors. Most sex-education programs in this country are geared towards not only an abstinence-only message, but are very heterocentric, and focus on pregnancy prevention.”

Marburger agrees: “They did not see people dying from AIDS. They often see it as a manageable disease that won’t affect them.”

With politicians like Sarah Palin championing the abstinence-only method—even as her daughter stands next to the former governor and vice presidential candidate with her child born as a result of such ignorance—sex education has become a muddled mess of misinformation.

Add in Juneau County, Wisconsin, District Attorney Scott Southworth, who has threatened to charge instructors who teach sexual education to students with delinquency of a minor—and it’s not hard to imagine that the younger generation often is confused or uneducated about the prevalence of HIV and other Sexually Transmitted Infections (STIs).

In 2006, the Centers for Disease Control (CDC) estimated 56,000 new cases of HIV in the United States alone.

HIV is the virus that can lead to AIDS. It attacks the body’s CD4+ T cells, which help fight off illness, and are crucial for the human body to thrive.

As in the case of many other STIs, people can appear to be healthy for years with no outward signs or symptoms that they have been infected with HIV. Because they may not know their status, they’re capable of spreading the disease without even knowingly doing so. Not being aware of one’s HIV status is a major contributing factor to increasing rates of infection.

Before medications were developed in the mid-1990s, people with HIV easily could progress to AIDS in just a few years. A new issue facing HIV-prevention programs is that with new medications needing to be taken for the rest of their life, some HIV-positive people now are living for decades in relatively good health. It has led, in some communities, to a sense of complacency, or an “it’s-not-that bad” type of thinking.

While some consider HIV/AIDS a manageable disease, according to the CDC, in 2006 alone, 35,962 people in the United States developed AIDS, and another 14,110 died from it.

So, what is the truth about the spread of HIV?

• One is infected with HIV most often by having unprotected sex with someone who is HIV-positive. It can be a man or woman who is gay, straight, or bisexual.

• While the most common behavior is unprotected sex, risks increase based on a number of factors:

(3) Having multiple sexual partners increases the risk for everyone involved, as the possibility of one of the individuals being HIV-positive increases.

(4) Oral sex transmission is considered a very low-risk, and only the person performing oral sex on an HIV-positive person is at risk. Saliva in the mouth breaks down HIV in seminal fluid (precum), which helps lower the risk. Ejaculating into the mouth increases the risk, however.

• Sharing needles and other drug paraphernalia in drug use is high-risk.

• If either partner has another STI, the risk of HIV infection is two to five times greater than it normally would be. The presence of other STIs increases the concentration of HIV in semen to as much as 10 times that of someone who is only HIV-positive.

Though other methods of transmission of HIV exist, current laws and health-profession practices have decreased them greatly, leaving unprotected sex and sharing needles during drug use as the primary means of infection.

If someone fears having been exposed to HIV, he or she can seek medical help up to 72 hours after the exposure to begin a round of medication known as postexposure prophylaxis to help prevent infection. As each person is different, medical experts suggest that treatment should begin as soon as possible.

Yet the best and most effective method of prevention is to engage in safe, responsible sexual practices. The use of latex condoms can help stop transmission of HIV and other STIs, lowering everyone’s risk. However, “natural” or lambskin condoms do not provide sufficient protection.

Long-term monogamous relationships also can lower the risk, along with regular testing at least once a year for sexually active people—more often for those at higher risk, such as people who have multiple sexual partners, share needles, or participate in unsafe sexual habits.

Many myths about HIV transmission can help lead to fear and stigma for those who are HIV-positive. The virus cannot reproduce outside the human body.

HIV cannot be transmitted in the following ways:

• Studies by CDC researchers and others have found no evidence that HIV can be transmitted by insects such as mosquitoes.

• Saliva, tears, and sweat are not modes of transmission. No documented cases have shown HIV transmission through spitting on someone.

• Air and water; sharing dishes; and casual contact like handshakes, hugs, and kissing do not transmit HIV.

An AIDS diagnosis occurs when the immune system of a person living with HIV has become so severely damaged that it has difficulty fighting other diseases and certain cancers, which can lead to death. HIV alone does not kill someone.

The good news is that HIV/AIDS is a 100 percent preventable condition. That is why HIV education and prevention programs are so critical.

“At best, HIV is a life-altering diagnosis, and at worst, it remains fatal.”

Look for Part 2 of this feature in the next issue to learn more about STIs, plus ways to protect yourself and your lovers. 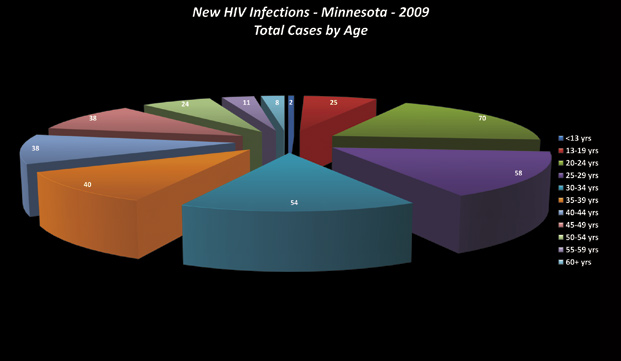