The Children of Mother Glory Author Speaks Out

Will you share a bit of background with our readers?

I was raised in a pacifist sect in Illinois. At 18, I left the congregation to pursue a career in graphic design, music, and writing. I attended The School of the Art Institute until money ran out—my parents didn’t believe in college, even though we now know that they exist.

Along the way, I met my partner, Cheryl, and we moved to Minnesota. I got a job in advertising, and studied at the Loft Literary Center. Cheryl and I have owned our marketing firm, Carbon Creative, for a decade now. We also have a set of twins that changed our lives for the better. 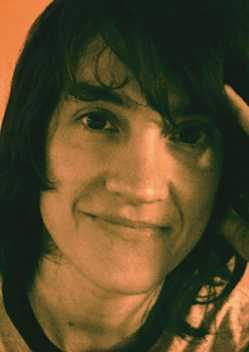 The story threads are intriguingly interwoven through time. Will you give us a brief synopsis of the plot?

The Children of Mother Glory is the story of a fundamentalist church sect called the Potterites told over the course of 100 years through the eyes of its queer members. The spine of the community is Glory Potter herself, whom we first meet as a teen in 1908. She takes up the reins of her father’s ministry, while struggling with her feelings for her childhood best friend, Emma. Every choice Glory makes reverberates for generations to come. It’s very feminist postmodern, as in women can actually screw things up just as well as a man.

The book is composed of four interconnected, transgenerational stories. After we meet Glory, we move on to the early 1940s. Sebastian, a conscientious objector [CO] for Glory’s church, is sent to a World War II CO camp in Colorado, where against his will, he falls for a charismatic fellow CO—an atheist radical. The 1970s introduces 19-year-old Danielle, who has had enough of the Potterite dogma, and wants to make it big in what Potterites call “The World.” The final story happens in present day, and centers on two people: Jacob, a straight Potterite, and Diana, a black trans woman, who meet, fall in love, and wrestle with the trouble brewing in the community at the novel’s climax.

What was your impetus for writing the novel?

The writer’s journey always starts with “what if?” My particular method is to ask, “What if it happened this way instead of that way?”

Because I grew up somewhat pansexual in a fundamentalist household, I’ve always been interested in how sexuality butts up against religion. There’s something in me that wants to solve the conundrum of how we seek group experiences like church, even though those same systems discourage the individual in us.

When I started Mother Glory, I really wanted to see how things changed for GLBT people throughout the decades, and bring the story to some sort of conclusion. What I ended up writing was a story about all of us, straight people as well, and the struggles we have with our ideals, the little corruptions that spring up. It became a broader story of the Midwest and America overall. It just happens to be filtered through a queer lens.

There’s a lot about family histories in this book. That fits with your exploration of “group experiences,” doesn’t it?

Yes, I am fascinated by the fact that who we are now was shaped by who our parents were, and theirs before them. The Children of Mother Glory is also very concerned with small societies—you know, how they can only get so large before they begin to break down. Unless they successfully branch off, religious groups like the Potterites only average to exist about a hundred years before they disperse. I think all my stories are have something to do with group dynamics and those evolutionary echoes in our nature.

Does that boil down to Nature versus Ideology?

Over the past few years, I’ve come to understand that nature finds a way. It trumps ideology over time, and fills a vacuum, as they say. And ironically, even though Christian fundamentalists used to get away with claiming homosexuality was unnatural, we now know it is found throughout the animal kingdom. So, when you deny that essential part of yourself, something else rises. And it isn’t always pretty.

In the book, a sort of toxicity arises inside the Potterite congregation, the result of that musty old closet of Glory’s. Without giving too much away, there are cancers that spring up in many Potterite households. And the same was true in the congregation I grew up in. In fact, it wasn’t a month after I handed off the manuscript to my editor that I got my own diagnosis of breast cancer. I’m all clear now, but it did feel like a prophetic coincidence. Of course, that’s probably just my upbringing talking.

My next book, Enter Oblivion, is coming in spring 2011 from Casperian Books. [It put out Kelland, by Paul Bens, last year, which was reviewed in Lavender.]

Enter Oblivion is a story I wrote long before The Children of Mother Glory, and it’s totally different. It’s set in London in the New Wave ’80s, and is the story of a Brooklyn gangster who falls in love with a gender-bending rock star. It’s quite campy and fun. Most of the characters are men. It’s going to appeal to gay men and the women who love them.

I also just finished up a contemporary novel called Sojourn. It’s about a female state senator from a Minnesota river town who is sponsoring a bill to ban gay marriage and domestic partnerships. Sounds familiar, right? Well, the senator has a bisexual daughter-in-law whose ex-girlfriend just came back to town as an ex-gay. It’s all very maddening for the senator—somewhat satirical, somewhat serious. It’s got a big cast, like Mother Glory, in that there’s a transgender student, a gay couple, a husband, kids, the family dog, etc.

So, you’re still writing through a queer lens?

Yes, probably will be until we get this whole homophobia thing worked out.

The Children of Mother Glory was reviewed in the January 26 Lavender.
Visit Harris at www.flammablewords.com.