I’ve traveled five continents (bypassing Antarctica, because it’s cold enough right here in Minnesota), mostly for braggin’ rights. Underneath it all, I’m a Europhile. But London-Paris-Rome? Been there, done that. Yearning to push the envelope, I signed on for a tour where Americans have yet to leave their footprints: the Balkan nations, newly emerging from the harsh days of Communism, when they were isolated from the West, and we from them. 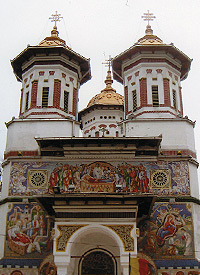 For a week, we cruised the Danube, bookended by days on land. Scars of Red rule blistered the landscape, from bombed-out buildings to beyond-dreary Soviet apartment blocks, empty factories blighting farmlands, uncompleted bridges, metro stations whose train lines never were built, and the joyless “Joy of Labor” statues of the era. No love lost on their former oppressors, locals told us freely.

Since the transition to democracies in 1990, life has not been easy, either, with up to 28 percent unemployment and monthly salaries of $350. But the new freedom ferociously is treasured. Anton, of Romania, born in 1967, recalls, “Under Communism, there was a shortage of everything. Traveling was forbidden, as was talking to foreigners. There was no TV. Religion wasn’t actually forbidden, but you were followed if you went to church. We were taught that the West was worse off, with alcoholism, drugs, and homelessness. The regime marked my life. I dreamed of being a free man.”

In 1990, Romania’s notorious dictator, Ceausescu, was toppled. Ironically, his dream of making Bucharest a mini-Paris leaves the city with an Arch of Triumph anchoring a Balkan version of the Champs-Elysées. His egomaniacal palace—the second-largest building in the world—now houses the country’s Parliament.

Today, Bucharest’s magnificent Orthodox churches have reopened. Shopping streets abound. Restaurants served us delicious cabbage rolls and polenta, and bright neon advertised sex shops aplenty. But all were closed, because NATO was meeting here, and security was phenomenally tight (even the city’s stray dogs and homeless had been removed in preparation for the summit).

So, we skedaddled to the hillside town of Sinaia, where King Carol had built a gorgeous palace in 1873. Its 166 rooms, ablaze in German Baroque excess, are a treat. Our return took us to the Caldcruscani Monastery, which housed 300 monks when founded in 1637, and struggles on today with a mere handful. One of the number, who spoke halting English, led us through the Orthodox church dedicated to St. Gregory, whose body holds pride of place, and its annex of amazing icons the reverend brothers painted over 300 years ago—saved from Communist destruction when cunningly set up as a “museum” rather than a church.

Traveling to the Black Sea resort of Constanta—a port town nearly destroyed in the two World Wars—took us back even earlier in history. The Roman poet Ovid was exiled here, and aside its ornate cathedral, whose frescoes portray a frisky devil and brooding, dark-eyed saints, lie ruins of a Roman fort. An archaeological museum showcases unearthed treasures from those times and the mosaic floor of the ancient marketplace.

Following the Danube to Bulgaria, we landed in the pretty town of Ruse, just as the Romans had done centuries before us. The town, too, was pelted heavily during World War II, when Bulgaria sided with the Germans “until word of the Holocaust got out, and we withdrew,” Nevena, who grew up under Communist rule, recounts.

“We were better off than Romania, but worse than the other Communist countries,” according this spunky young woman, whose grandfather, an intellectual, was taken to the mines, where he died. “Being different was not good. Yet, the Communists did some good. Education was free, and there was no unemployment. It’s been hard to adapt. Today, we fight to find a job, so young people are leaving the country.”

But tourists are arriving. Hopping a bus, we climbed the hills to charming little Veliko Tarnovo—first a Roman settlement, then a medieval village, whose charms have been preserved as artists’ studios where goldsmiths, carvers, potters, weavers, icon painters, and pastry cooks pursue their traditional crafts, to shoppers’ delight.

Across a mountain pass stands Arbasi, a historic hamlet of fortress houses and Orthodox churches, built with domes disguised by flat roofs to deter the ruling Ottoman Turks from destruction. A tiny cathedral blazes with brilliant frescoes, and resounds with the voices of a male choir. 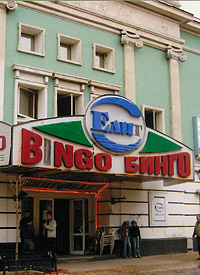 Back on board, we sailed the muddy green Danube, as flat meadows gave way to a steep gorge rife with wicked whirlpools and rocks lurking just beneath the surface. Again, the Romans had beat us to it, leaving their inscriptions carved into the channel’s rocky walls.

The ship changed flags, as officials stamped our passports. We’d landed in Belgrade, the capital of Serbia (called Yugoslavia way back when). As a Communist country, it fared quite well, thanks to Tito, who cannily played East against West to retain a good degree of autonomy.

Ante, a child of those times, remembers, “There were no restrictions on religion, and, unlike our fellow Communist nations, we could study foreign languages, and were allowed to travel. We never felt behind the Iron Curtain. Tito was a smart guy who united many ethnicities, and made differences acceptable.”

After his death came democracy, and with it, rampant inflation—3 percent an hour. NATO bombed Belgrade, and angry locals let stand her ruined buildings as a silent memorial. (Recently, when Kosovo declared independence, and the United States backed the emerging nation, our embassy was fired upon in turn.)

Nevertheless, Belgrade bubbled with vivacity. Its pedestrian shopping street was jammed. Outdoor cafés, too. In the Green Market, spring’s first strawberries and radishes flourished. We sampled cheeses, and ogled the organic eggs.

Amid elegant villas overlooking the city, Tito’s memorial displays the multitude of gifts showered on this charismatic leader. Avid for more, we stormed the Ethnological Museum to admire the folk costumes and home accessories it boasted, and then strolled to the ramparts of Belgrade’s medieval fortress, looming above the river.

Others had the same idea. Lovers languished, families paraded, and vendors hawked, as we gaped, enthralled. But not for long. We were hungry. Finding a café where the former king (long before Tito) had hung out, we swooped for the pavement tables, and gorged on goulash, stuffed peppers, beans, and sausages (leaving the more esoteric dishes like “young bulls’ sex glands and bowels” to more adventurous diners). Time to go. Croatia was calling.

It’s a country on the rebound, but the process is slower, deeper here because of the destructive Homeland War, which pitted the land’s two ethnic groups against each other. We came ashore at Vukovar, a port town that suffered nearly 100 percent destruction in those early ’90s. Skeletons of buildings loom everywhere, but homes, businesses—and tourism—are being restored, buoyed by the plucky spirit of people like Ramona, 36, a Croat who lived under Serbian siege for eight years.

Today, she invites paying guests into her home for lunch and conversation. Ramona is raising four kids—including two foster daughters of gypsies who abandoned them—along with the animals and vegetables that provide the family’s food. She has learned English from TV, bolstered by a go-for-it capitalist spirit that, she admits, alienates her uncomprehending neighbors, raised under Big Red Brother’s care.

After a comfy night on the water, dawn revealed Budapest, rising on both banks of the Danube in all its grand Austro-Hungarian glory. Two days to play among its many shops, cafés, museums, and lively gay bars. But that’s another story. So, come along and pioneer, before EU membership raises these bargain prices, and while Americans aren’t yet considered ugly.