The winery, built in 1981, is opening for the first time ever for public tours this spring. At last, a chance to go behind the scenes, and learn the process, then taste the end results—and purchase, if you choose. 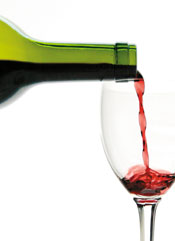 Making wine isn’t like making paint. If you’re Ben Moore, the more color options you offer, the better you serve your customers. But, turning from palette to palate, Sonoma-Cutrer Winery rests its success on exactly the opposite approach. “The beauty is in doing one wine, and doing it the best you can,” winemaker Terry Adams says. And that one is Chardonnay.

Anyone with a passion for the best that grape can be already knows it, for when polling the country’s sommeliers, Sonoma-Cutrer has been voted America’s top-selling restaurant wine year after year after year. (Never mind that the average wine-list price in 2007 was more than $60 for the winery’s labels.)

The bad news is that they’re available only in restaurants, unless—here’s the good news—you visit the winery, built in 1981, and opening for the first time ever for public tours this spring. At last, a chance to go behind the scenes, and learn the process, then taste the end results—and purchase, if you choose. (Is the Pope Catholic, as they say?)

On a practice tour (I was going to say “dry run,” but that’s certainly a misnomer), we spent a delightful morning in the Russian River Valley of Sonoma County (only 30 miles from San Francisco) learning what makes Sonoma-Cutrer’s Chardonnays superior.

To get it right, the winery’s learning curve was steep, to say the least. Back in the ’70s, the land originally was planted in red grapes, which languished. Experts at University of California-Davis then advised, “Plant Chardonnay,” so they did—the easy way, from east to west along the flatlands to avoid the hardship of working up and down the hills. Wrong again. The land was replanted once more, this time north to south, climbing the stingy, rocky hillsides that break the back, and yield small quantities from stressed (therefore, vigorous and intense) vines.

Today, the winery’s 280 acres are divided into 30 blocks—each different from its near neighbor by root stock, age, or whatever—which winemaker Adams tracks individually, and decides exactly when to harvest. “There’s a different character for every block, and I know what I want from each one,” he shares. “I’m very much a believer in terroir.”

Tour participants not only learn about processes, but also are invited to step in and help out with whatever’s going on at that moment of the year, like pruning—in Adams’s words, “leaving only two bunches per stem, because it’s crucial that the grapes don’t touch each other, to receive sunlight and air exposure—which fend off harmful dampness.

Or help with harvesting, during which “the number-one enemy of wine is heat,” Adams explains. So, crews begin work predawn under floodlights, snipping faster than the eye can track, then depositing the clusters in small, ventilated boxes. Next, the grapes are sped to Sonoma-Cutrer’s one-of-a-kind cooling tunnel, where they’re chilled to 40 degrees to preserve flavor and acidity before being hand-sorted and pressed in whole clusters—gently, oh, so gently, to nix ugly tannins from skins, seeds, and stems.
After settling in tanks and fermenting, the juice is transferred to barrels of French oak that Adams has selected according to his demanding specs, including long, low toasting. “I’ll gladly pay more to get what I want,” he declares.

In the barrel room, Adams plunges what looks like a turkey baster into the just-barreled 2008 to offer tastes (bright and crisp, like grapefruit), then 2007’s Cutrer, almost ready to bottle, to discover the difference months in the barrel can make. “I want you to taste the fruit, with no hotness on the finish—so the taste of oak is subtle and refined,” he notes.

Finally, in the tasting room, we compared the winery’s three premier labels. The Russian River—“the best-known, and the bread and butter of the winery,” Adams remarks—is a blend from various vineyards, producing a balanced, seamless Chardonnay.

Next, the single-vineyard Cutrer 2004, the current release, with overtones of nougat, honey, and ripe apples—“a lot more structured and broad-shouldered, lush with juicy fruit,” Adams comments. Then, Les Pierres 2004, a vineyard producing Chardonnay that’s ultracitrusy, with depth of structure, more mineral, “very elegant and austere,” Adams offers. (Here’s also a rare chance to sample the winery’s very, very limited offering of Pinot Noir.) “Work” finished, we then indulged in a killer match of croquet on the winery’s elite field, a bonus to the tour.