A Minnesota native, Skybrook received a degree in Arts and Social Change from New College of California before settling in San Francisco during the 1990s. Returning to the Twin Cities in 1997, he participated in the first Momentum series, copresented by the Walker Arts Center and the Southern Theater. Since then, his work has been presented by a variety of venues in the Twin Cities and beyond. 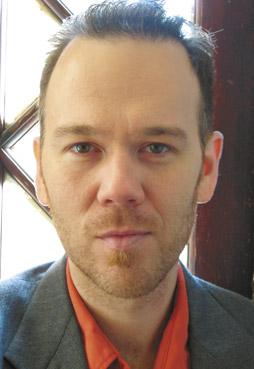 “The Twin Cities is such a rich, fertile ground for dance,” Skybrook said, noting that the support the community receives was a reason he moved back to the area. “There is a wide range of dance, and we are lucky as a community to have established companies, independent choreographers, and emerging talent in constant interaction. And a lot of that happens at the Southern.”

“Dylan brings a thoughtful view to this position that will solidify existing Southern relationships with area dancers and open opportunities for new relationships,” according to Patricia Ann Speelman, The Southern’s President. “His interest in meeting challenges beyond the realm of the performing arts—challenges like global sustainability—inform his very inventive ideas about The Southern’s place not only in the Twin Cities arts scene, but in the world at large.”