The longer the time after the death of master gay playwright Tennessee Williams (1911-1983) elapses, the clearer his monumental place in the history of drama becomes. As is the case with the most prolific artistic/literary megageniuses from Shakespeare to Fellini, even their lesser works are superior to the best works of most others. 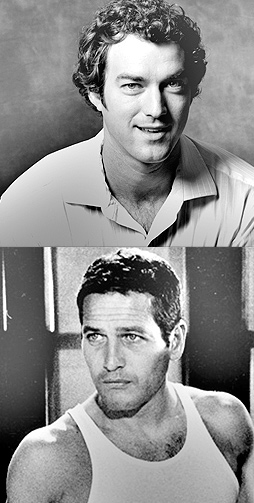 But in Williams’s case, his lesser-known works are that not so much because they were subpar, but because their tone and content were at odds with prudishness that pervaded pre-1960s America. If you’ve seen the classic film versions of Williams’s hit plays, you’ve seen compromise. As historian David Halberstam points out in his chapter on Williams in The Fifties, postwar Hollywood wasn’t up for the frankness and depth that the New York theater scene was.

So, if Williams’s hit plays had to be tamed, you can be sure that his short plays truly threatened the puritanical status quo. Ironically, the fiery experimentation of those plays was lost to the general audience despite his meteoric popularity in his own heyday. Moreover, unfortunately, those plays largely have been forgotten.

As Jef Hall-Flavin puts it, Williams’s “short plays are crystalline—tiny, compact jewels that refract humanity in spectacular colors. But they have to be held up to the light to see their beauty.”

Thankfully, Gremlin Theatre and director Hall-Flavin are intervening with a first-ever local production of The Enemy: Time, written in 1959. Williams’s greatest comedy, Sweet Bird of Youth, actually is derived from this play, along with The Big Time Operators, one of the master’s many notable short stories.

The Enemy: Time faces down fears of aging and deterioration, hence Williams’s cryptic yet massive appeal among women and gay men who are always at the vanguard of societal mandates of youth and beauty. I suppose you now could add metrosexual men to those two groups as well. The show stars two talented beauties as well: Tony-nominee Melissa Hart and Guthrie buck Peter Christian Hansen. They play the original roles made legendary by Geraldine Page and Paul Newman on stage and screen.

Hall-Flavin, former Coartistic Director of the region’s premier queer theater company, Outward Spiral, also served as Associate Director of the Shakespeare Theatre Company in Washington, DC. He aided in casting and production elements of Five by Tenn at the Kennedy Center. Hall-Flavin has directed lesser-known Williams plays, as well as renowned masterpieces, from Provincetown to New Zealand. His grasp of the master gay playwright is remarkable for someone who came of age in the much-later time of a waning Sam Shepard and an ascending Tony Kushner.

How does The Enemy: Time look at aging in terms of Tennessee Williams as a gay man?
The title of the play is revealing in its simplicity: Time is the one inescapable common enemy, no matter who or what you are. Williams likens the ticking of a clock to a gossipy old lady reminding you in a whisper that you’re dying. He also speaks of time being the source of “corruption”—as if it’s inevitable that the passing years must wear down the purer parts of ourselves, only to reveal the sordid vices in our base human nature.

Both main characters refer to their youth as long-gone, and yet, they are only in their late 20s. Granted, in 1950s America, you had to be married with children and gainfully employed by your mid-20s in order to avoid cultural scrutiny. But I can’t help but think that Williams’s fatalistic view of the age of 30 was informed by his own experience.

In the autobiographical short play The Parade (1940), Williams writes at age 29 of making sure to hitchhike out of Provincetown at night, so drivers will think he’s younger than he is.

In And Tell Sad Stories of the Deaths of Queens, Williams writes of a gay drag queen named Candy who has been abandoned by his lover for a younger man. Candy says on his 35th birthday, “Yes, I’m not young anymore. The queen-world is full of excitement for young queens only. For me, its passé, and fini.” A strong homosexual imperative that youth is the key to success, and Williams was a product of that cruel, youth-obsessed feature of our gay subculture.

That said, Williams was also astute in his assessment of Hollywood’s obsession with youth. In The Enemy: Time, he creates a main male character, Phil, who is trying to make it as an actor, first in New York, then in Hollywood. With only mediocre talent, his charm and good looks are his best qualities—and those are both on the wane as he approaches 30. In just a few short pages of dialogue, Williams paints a world where sexual desirability is at once the most powerful force in the play, and also its destructive opposite.

For any single person interested in finding a mate, sexual appeal is important. So, too, for gay men in particular—especially those like Williams, who came of age long before the Stonewall era, when coupling in a heteronormative way just wasn’t an option. Desirability is important as long as sexuality is important—that is, long after our straight counterparts have married and raised families. I’m no cultural anthropologist, but I think it’s fair to say that gay men are often rewarded only for the sexual desire they can command.

Apparently, in this play, age 30 is the cutoff for attractiveness. This fatalistic sentiment is described at Williams’s poetic best when Phil likens time to “slow dynamite.” He says the ticking of a clock is “a gradual explosion!—blasting the whole universe to—rotten—pieces….”

How might The Enemy: Time’s protagonist fit in or dovetail with Williams’s obsession/fixation with fallen jocks/studs like Kilroy in Camino Real, Chance in Sweet Bird of Youth—and even John in Summer and Smoke, who even though he’s likely to be financially successful, unlike the other men, is stranded in his “macho-beautiful” identity? And, of course, there’s Brick in Cat on a Hot Tin Roof. And for all of Stanley’s crudeness in A Streetcar Named Desire, you can just sense Williams just sitting back and adoring each of them. Obviously, I view that though these are deeply serious and ultralayered characters, they still have a basis in Williams’s homoromantic/erotic imagination.

It’s hard to generalize about why each of Williams’s famous male characters are fallen, or somehow debased, but it is fair to generalize that they are indeed fallen. Brick, Chance, Stanley, Sebastian, John, and Alma in Summer and Smoke, for that matter, are all undone by something greater than themselves, something over which they have no control.

It may be because I have The Enemy: Time lodged in the forefront of my imagination right now, but it seems as though loss has a direct connection to time in many of Williams’s plays. About 12 years before this play was written, at age 29, Williams fell in love for the first time in his life with a man named Kip, a young bisexual dancer who was 22. Whether Kip couldn’t handle a relationship with a man, or whether it was their difference in ages, their breakup devastated Williams, and it affected his writing even into the 1980s.

Let me be clear here: Williams did not write characters that spoke in code about some subterranean gay message. Quite the contrary, he wrote many plays that speak directly about gay men, or have gay characters in them. And I’ve had the pleasure of directing two of them. But that doesn’t mean his emotional life didn’t end up on the pages of his plays. The breakup with Kip, the tumultuous relationship with Pancho Rodriguez, his great love for Frank Merlo—all of it informed his writing, as any writer’s love life would. But to mistake his great characters for queer symbols is to do them a disservice.

What are your thoughts on Williams’s world-class status as a playwright? And those who like to bring up his alcoholism, drug abuse, debauchery, etc.???

All I have to say about Williams as a world playwright is that he is translated and performed around the world more than any other American playwright. We have a right to be proud of his status in the Western canon of literature, and I believe that time will prove him to be our version of Shakespeare.

As for his behavior: He behaved badly. He had a big heart, but one that was easily bruised. He was selfish, and took advantage of people. And yes, he had a drug problem, and died choking on the lid of a pill bottle. End of story. I guess I just want to say, “So what?”

Raphael drank a lot, and was said to have died at 37 after a night of debauchery, Mozart was a libertine, and died young and penniless. So what? We have their glorious art.

Williams may have abused substances, and chased attractive men, but he was able to plumb the depths of humanity, and create sublime topographical maps of the most unattainable emotional places like no other. In the end, we are left with his work, not his behavior. If it took a bad turn in order to give us his plays, I’m grateful.

What are your thoughts on his short plays, and what is often referred to as his encoded homosexuality?

Let’s be clear about his short plays: I just think there’s a whole much-larger body of work by Williams that the general public isn’t aware of. I directed a very sexually frank play last year called Green Eyes, which is about the sexual frustration of a honeymooning trailer-trash couple during the Vietnam era. The Parade even uses the word “gay” in it, and it was written in 1940. There is a play called The Remarkable Rooming House of Madame LeMonde in which the crippled main character is gay, and sexually abused by his landlord’s son.

Williams did not shy away from writing what he meant to write. The great works of his, made popular by films—Streetcar, Sweet Bird, Cat on a Hot Tin Roof, etc.—all include some sort of deeply troubling sexual truth. By watering them down for a mass audience, the films have done the playwright a disservice.