Nationally syndicated author and lesbian advice columnist Meryl Cohn, AKA Ms. Behavior—whose popular column appears in Lavender—has won the Jane Chambers Award. She captured it for her play The Siegels of Montauk, which focuses on three adult Jewish sisters who—together with their mother—close out the family’s Montauk beach house in the wake of their father’s death. 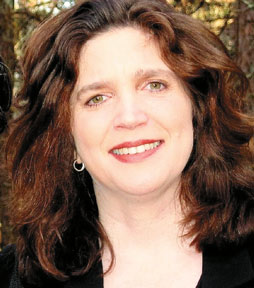 The play, one of 140 entries, won after three rounds of adjudication by 16 feminist scholars and artists. Presented since 1984, the Jane Chambers Award, which is celebrating its 25th anniversary this year, is given by the Women and Theatre Program of the Association of Theatre in Higher Education. The award is named in memory of famous lesbian playwright Jane Chambers, author of My Blue Heaven, Last Summer at Bluefish Cove, and Kudzu.

On July 22 at Camp Bar, St. Paul Mayor Chris Coleman signed an ordinance creating a city domestic partner registry. Hours earlier, the St. Paul City Council had passed a resolution to recognize same-sex partnerships by a 6-0 vote. It made St. Paul the third city in Minnesota to do so, behind Minneapolis in 1991 and Duluth this past May. During the public hearing on the measure, no one spoke against it. Coleman said, “Equality is equality is equality—you can’t have equality for some, and not for others.” Though the St. Paul ordinance is a step in the right direction, many gay-rights supporters still noted that state law prohibits governments from extending health-care benefits to unwed couples, including same-sex couples.