The Phantom of the Opera’s national tour has swooped back into Minneapolis, the official recreation of Hal Prince’s majestic Broadway version that has been running for 20 years. Because it has been around so long, and it’s a musical, Phantom has become a sort of tradition and touchstone for many in our community. 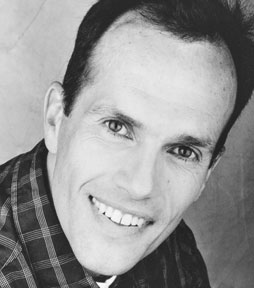 On June 1, you can see the show, and also attend Phantom Fights AIDS, a very modestly priced benefit (tickets $15 and $20) for the Minnesota AIDS Project (MAP) at Bar•Fly. The fabulous BeBe Benet will host the event with cast members.

The April 24 Lavender cover celeb says, “We have to reach out. HIV/AIDS issues are still out there. Our voices will not go unheard.”

In Phantom itself, Minneapolitan Thomas Schumacher plays Monsieur Royer and the Jeweler, and sometimes fills in for the title role.

Schumacher shares, “I’ve spent my life doing musical theater, and it’s like the apex. You’re doing Phantom of the Opera! Occasionally getting to play the Phantom is a real thrill for me.”

As well, Schumacher, who is a Minnesota State Fair Blue Ribbon Winner for his pecan pie, dazzled audiences at Chanhassen Dinner Theatre in Les Miz in the 1990s. He also played in Chan’s staging of Reston and Kopit’s Phantom. But it’s Andrew Lloyd Webber’s version that rules the world.

Why is Phantom a phenomenon?

Schumacher explains, “It’s a perfect storm. Andrew Lloyd Webber writes beautiful music. Some of his best is in this show. Incredible designers. The costumes and the set are so lush and elaborate. It was a dawn of a new era of musicals in London. The big spectacle musicals. The chandelier was really impressive. The dazzling opulence. Beautiful music. Great story. Director Hal Prince. It all converged. It’s cinematic in the way it flows—the seamlessness of it. You’ll see everything you see on Broadway on this tour. Ultimately, it’s the classic story that touches the human need of how we all want to be loved and accepted for who we are. On a very basic level, that’s what Phantom’s about.”

Phantom is the longest-running Broadway musical ever, having recently surpassed the 8,850-performance mark. It’s the second-longest-running London West End musical, with more than 9,100 performances, second to top-dog Les Miserables. The version you see at the Orpheum is the same as the London and New York sensations.