Joseph P. Miller, 67, passed away of cardiac failure February 5 in Palm Springs, California. He was born September 27, 1941, in Perth Amboy, New Jersey. He suffered from heart issues since birth, but lived a full and joyous life. 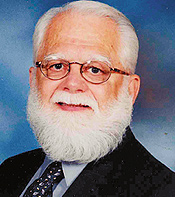 Miller was a member of The Palm Springs Leather Order of the Desert, and a Member Emeritus of The Atons of Minneapolis, where he had served as President. He was a volunteer “buddy” for persons with AIDS in Minneapolis in the 1980s.

Miller is survived by Clark Bufkin; his mother, Claire Miller; his sister and brother-in-law, Anita and Russ Roberts; and an immense number of extended family and friends throughout the world. 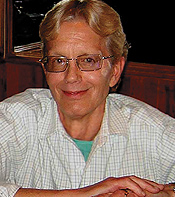 John T. Osnes, 55, died November 23, 2008, the victim of a road rage incident in Los Angeles, California. Ironically, he was a pedestrian-rights activist who never owned a car.

A professional jazz pianist, he was Lori Dokken’s accompanist in her early days in the 1980s in the upstairs Piano Lounge at the Gay 90’s in Minneapolis.

Ratcliff is survived by her life partner of 18 years, Deborah S. Morris, who said, “Ann brought love, joy, and laughter. She will always be missed. I think she would really like this remembrance of her short but bright life.”