Joseph A. Yankovich, 73, passed away peacefully at his home in Minneapolis in his favorite recliner chair on December 20. He was born July 7, 1937, in Glendale, West Virginia.

Yankovich was prominent in the local gay bar scene for a half-century. He started out at the 19 Bar in Minneapolis in the late 1950s. When the Town House bar in St. Paul went gay in 1969, he was its first manager for several years. 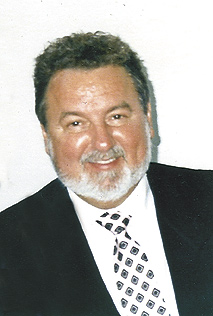 But Yankovich was best-known as the longtime manager of the Gay 90’s in Downtown Minneapolis, where he worked from the 1970s until he retired when the Blooms sold it in 2008.

Recently, Yankovich again worked for the Blooms at their new establishment, Mort’s Deli in Golden Valley.

In the local film Faux released this year, Yankovich appeared briefly in the Weisman Art Museum segment, for which he was listed in the credits.

Yankovich is survived by his partner and best friend of 36 years, Bob Stafford, and Stafford’s family, including the Mars family; the Blooms; and kitties, Tiki and Stormy.

Memorials are preferred to the Diabetes Association.

Yankovich’s notice will remain on legacy.com until December 2011. Messages may be left there.