Known for his kindness to everyone, Gary E. Hinze, 58, died of an upper gastrointestinal rupture on April 15 at his home. He was born January 29, 1951. 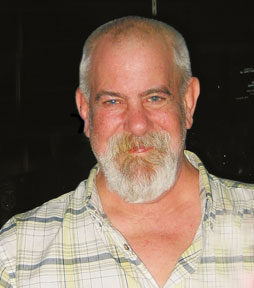 After graduating from St. Norbert College in De Pere, Wisconsin, Hinze was a religious brother at St. Norbert Abbey there for a number of years.

Hinze was a bartender for many years at local GLBT bars, including the Old Rumours, Rocky’s, the Old Over the Rainbow, and the Town House. He was active in the Committee for Unity, Hope & Survival and later Triangle of Hope, both local HIV/AIDS fund-raising organizations.

Preceded in death by his father, Robert, Hinze is survived by his mother, Florence; siblings, Robert, Joe, Mary, Jim; and many other family and friends.

To assist Hinze’s family with his medical and funeral expenses, checks payable to “Gary Hinze Memorial” may be sent to the Town House, 1415 University Avenue West, St. Paul, MN 55104.

At Hinze’s request, the following from the Second Letter of Timothy was read at his memorial mass on April 20: “I have fought the good fight, I have finished the race, I have kept the faith.”