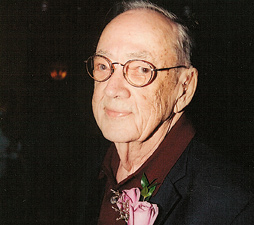 In 1983, Irwin and his then-partner, Dick Hewetson, founded Quatrefoil Library, their marvelous contribution to the Twin Cities GLBT community. For this accomplishment, Irwin was named a Grand Marshal of the 1989 Twin Cities Pride Celebration. In 2004, he and Hewetson received Power of One awards from PFund for having launched Quatrefoil two decades earlier.

Kathy Robbins, former Quatrefoil Library Board President, said, “David was an avid reader his entire life, beginning when he got his first library card in 1925 at age 5. During monthly visits to Quatrefoil in recent years, he would check out a half-dozen books, and have them all read by the next month, ready for more. Quatrefoil is the realization of what began for David as a nebulous daydream, and is now a valued community resource. A party celebrating David’s life and legacy is being planned for this spring.”

Irwin is survived by his family and many friends.