Nicholas Downs Stars in is it just me?

Lavender’s Out at the Movies Fall Film

Recently, I chatted with Nicholas Downs, who stars in is it just me? as Blaine, about the hit film, directed by J.C. Calciano, that premieres locally on September 16 at Lavender’s Out at the Movies.

Downs has performed in many movies, including Constantine, The Girl Next Door, and Pearl Harbor, as well as prime-time television series such as Cold Case and Boston Public. Although he is no stranger to the big screen, is it just me? is his first lead playing a gay character. 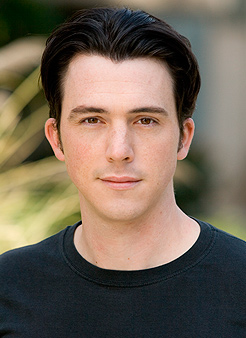 When I asked Downs about his role in is it just me?—and how it is different from his others—he said, “I had to carry the movie on my shoulders. The movie is about my character.”

With this portrayal Downs’s most prominent yet, it helped the film win several honors, including Rainbow Award at the Honolulu Film Festival and Best Picture at the Detroit Film Festival.

Downs enthused, “I am thrilled I was able to play a role in a film about people and their personal relationships. This was the just the right role, right script, and right opportunity.”

When I queried Downs if he identifies with his character, Blaine, he explained, “I’m not a gay actor. I’m an actor that happens to be gay. Blaine is a glass-is-half-empty type of guy. I identify with Blaine in the respect of his need to have more confidence in himself. There was a day when I shared similar thoughts and feelings, and I recognized the connection between Blaine and my adolescence.”

Blaine sets himself up for failure. He impairs his ability to show what he has on the inside. Haven’t we all been there?

Downs noted, “is it just me? put me on a pedestal in the gay community.”

I inquired, “Do you aspire to make a difference in the gay community?”

As a public figure, Downs believes he has a responsibility to reach out to the gay community, and act as a role model.

Downs observed, “So many actors lose their connection with fans. I don’t feel pressure to make a difference. It is just a personal choice. It’s just something you want to do.”

The actor’s success began at an early age when in middle school. An English teacher introduced him to theater. Then, he landed a part in the school play, The Music Man. Soon, acting became a hobby. It blossomed into more auditions, paid dinner-theater performances, and speech contests, which in time formed the foundation of the talent we see today.

Downs’s Midwestern Iowa roots certainly keep him humble, unless his gentle nature comes from being part of a large family with 10 children.

I quizzed, “Coming from such a large family, did this prompt any interest in acting, or help spark your creativity?”

Downs mused, “Maybe in some ways, yes. However, I have just always done what I loved.”

Though Downs identifies as gay, roles projecting a certain sexual orientation are not his focus.

In Downs’s words, “Being gay does not impair me from getting any other roles. This business is based on looks versus talent, and talent always wins.”

That’s easy for Downs to say, with his great looks and strong, welcoming personality.

I later questioned, “In an online interview, you mentioned playing a gay role is the ‘thing to do.’ Explain this.”

Downs clarified, “Straight guys typically do this to get out of their shell, and boost careers by making a statement. For me, I just want to act. I greatly enjoyed my role in is it just me? because of the reality of the relationship. My goal is not to get recognized by the sexual orientation of Blaine’s character. I am excited about this film, due to the universal love story that everyone can relate with.”

The actor later referenced other gay roles played by straight men, who oftentimes take them on to prove their ability to be open-minded and up for anything

Downs related, “I am inspired by the career of Joseph Gordon-Levitt, as he has made very smart career choices, and has proved he, too, is capable of any role, not contingent on his sexuality.”

I asked, “Are you living your dream?”

Downs remarked, “Yes! I do what I love, and hope to continue making a living doing what I love. When acting is a hobby, at times, actors are not taken seriously. Now that I have gained experience, and established myself in the film industry, I have a whole new perspective, and get more and more confident with my dream as an actor. I plan to grow in the diversity of roles I play, and learn from my acting. I want to be the best!”

I put Downs on the spot: “What is something you want people to know about you?”

Downs shared, “Well, if I weren’t acting, I’d work with animals—possibly be a zoologist. I’m a huge nature freak, and would love to host an animal show. Also, I love trout fishing.”

That’s not surprising to hear from the actor who can adapt to an array of roles, given his wide range of interests and outgoing personality.

Storyline From is it just me?
Official Website www.isitjustmethemovie.com

“Blaine, played by Nicholas Downs, is a typical young gay man looking for love…without much success. Enter Xander, the man of his dreams. After meeting in an online chat room, they quickly fall for each other, and start a virtual relationship. Before long, they decide to meet face-to-face for a coffee date. In Blaine’s world, nothing comes easy. He discovers he’s been chatting with his new online boyfriend under his roommate Cameron’s profile. The problem is, Cameron is a sexy go-go dancer—and that’s the guy Xander is expecting to see. Blaine persuades his roommate to pose as him during the date until he can win over Xander with his wit and charm. It’s Blaine’s brain versus Cameron’s brawn, as love blossoms within this threesome.”